Finder to the Node: Most Australians don’t know their broadband speed 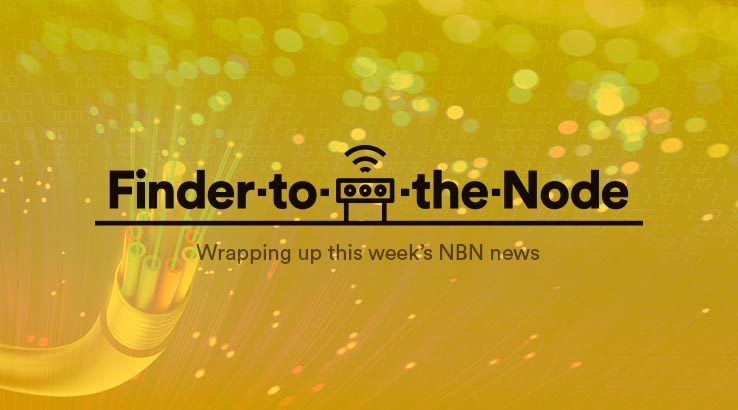 nbn (the company behind the NBN) started things off this week with some new data that revealed what many industry experts had already suspected and that is that the majority of Australians don’t actually know what their internet speeds are.

According to nbn, 76% don’t know what internet speeds they are receiving with more than a third (35%) of the nation unaware they have a choice in picking a speed tier when making the switch to an NBN plan. The data comes from research that had been conducted through nbn’s consumer tracker between January and March and is based on the responses of 760 Australians.

nbn’s chief executive officer Bill Morrow said that the confusion about speeds is understandable given the different technologies being used to deploy the network and the role NBN and retailers play in connecting and troubleshooting consumers.

“Although many of us are used to making decisions about broadband data limits, the rollout of the NBN network means, for the first time, the majority of consumers will also need to make decisions about internet speeds, so it’s important that they do their research before speaking with a retailer and choosing a plan.

To add to this, recent research from finder revealed that 58% of Australians are unaware that their current ADSL Internet and phone service will be disconnected if they fail to switch to the NBN in time.

nbn plan on pumping some marketing dollars into a new campaign that aims to educate Australians on the topic. Given that the speeds on the NBN can vary wildly from one customer to the next due to quite a large number of factors, nbn certainly has its work cut out in getting its message across. Some of these factors are managed by internet providers while others are designed and controlled by nbn.

Anything from the type of connection running the network to the property, the distance between a premises and the node, the amount of bandwidth the internet provider has purchased to combat congestion, to the modem the customer chooses can all influence how fast the network performs.

The other issue is that customers generally rely on misleading advertised speeds from their internet provider which often use terms like "speeds up to" adding to the confusion as it does not reflect the actual speeds the end user is likely to receive. Being provided with clearer information about realistic broadband speeds from the outset would go a long way in alleviating some of the confusion.

Those who have recently made the switch from an ADSL or cable service to an NBN connection know that it can take some time from placing an order with your internet provider to actually get up and running with an active internet connection, but Vodafone has a plan to ensure their customers remain online during the entire process.

Earlier this week Vodafone announced that customers connecting to their NBN plans will be offered complimentary internet access via the company’s mobile network while they wait for their fixed broadband to be installed. Vodafone is one of the few telcos not to offer NBN plans, but that will soon change as it gears up to launch its services on the NBN network later this year.

According to Vodafone, customers who have 4G coverage in their area will be given a modem-router with a pre-installed 4G SIM card at the time of signing up for an NBN service. When plugged in, it will connect to Vodafone's 4G network in the interim of an NBN service being provisioned.

As well as filling the gap between sign-up and service installation, the 4G can also be used as a backup during periods of fixed-line NBN outage or where repairs need to be carried out by NBN to resolve a fault affecting an individual customer’s fixed service.

Vodafone says the backup service will be available for up to 30 days at a time with maximum speeds of 12Mbps for downloads and 1Mbps for uploads being offered to keep people online. Speeds will vary based on the customer’s network coverage and location.

Vodafone general manager of fixed broadband Matthew Lobb says the company understands that customers ultimately don’t care about the kind of technology their internet runs on, they just want it to work.

“We have listened to people’s concerns about missing out on internet access or paying out of their own pockets for mobile data while they wait for their service to be installed or repaired.”

It’s worth noting that Vodafone isn’t the first company to offer a 4G service that bridges the pre-activation and outage gaps for its NBN customers. Telstra, for instance, has a similar device in the Gateway Frontier. There are also a number of other modem-routers on the market that enable you to plug in a 4G mobile broadband dongle from any carrier for sharing throughout a household and seamlessly revert back to a fixed-line NBN connection once it is up and running.