Finder to the Node: Curb your enthusiasm for CVC charges 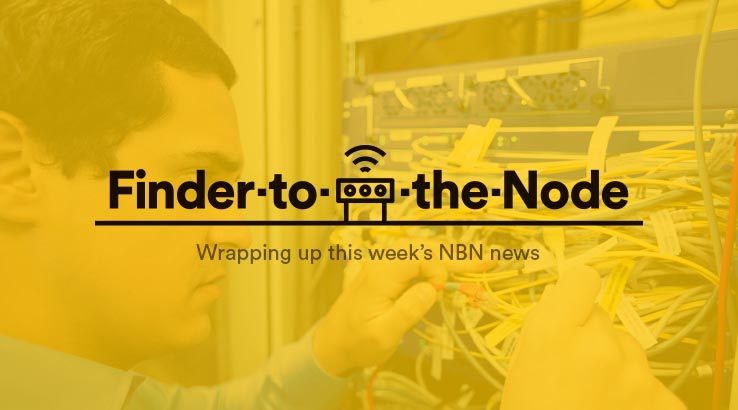 The news this week that nbn is contemplating price cuts to reduce congestion is likely to jolt the hopes of a rising number of customers who have been left disappointed with the speeds of their NBN connection.

As a wholesaler, nbn charges retail service providers (RSPs) with a monthly access fee in addition to a CVC (Connectivity Virtual Circuit) charge for the bandwidth they desire for their customers.

If the service provider has not paid nbn for sufficient bandwidth, then Internet traffic is slowed down to accommodate the higher number of users on the network. The net result is that the end users suffer a dramatic drop off in speeds at peak usage times, which has been the single biggest consumer complaint. About 15 percent of NBN customers have complained about their connections. But with nbn activating about 40,000 to 50,000 new customers a week, the number of complaints is only going to rise as the rollout accelerates.

The high CVC charge, or data usage charge, has long been a bone of contention between nbn and providers. The higher charges mean that RSPs are operating on increasingly thin margins and driving up prices for their customers in the process, particularly when it comes to higher speed tier plans.

In response, nbn lowered its CVC charge from $20 per megabit per second (Mbps) to $15.25 in December last year. Then came a new pricing model announced earlier this year, which was designed to give service providers discounted rates based on the amount of capacity they buy.

However, these changes clearly weren’t going to be enough, particularly when you start to compare the pricing model with our neighbours across the Tasman. In New Zealand, data usage charges have been removed for RSPs using the fibre network, opening the door to cheap plans with unlimited data and speeds of up to 1Gbps for as low as $100 per month.

Now with another potential set of price cuts on the cards, there is renewed hope that broadband providers will come to the party in a big way provided the price is right. So the question now becomes just how much will nbn need to slash prices in order for it to have any real impact on the broadband experienced by most consumers? Of course, any adjustment to pricing needs to take into account the $50 billion cost of building the NBN.

According to high-profile technology entrepreneur and investor Steve Baxter, who co-founded PIPE Networks, any changes around CVC pricing would need to be "dramatic". He argues that internet providers that built and owned their own network had become accustomed to paying an equivalent CVC cost of fewer than 50 cents per Megabit compared to NBN’s current rate of $15.25.

Vodafone’s General Manager, Matthew Lobb, says that the CVC component should be halved, if not more.

“We'd like to see the usage charge significantly reduced and in doing so, the industry's risk on usage and speed is reduced and because of that the market will move towards faster speeds,” Lobb told the AFR.

Meanwhile, mobile broadband operators turned up the pressure on the NBN with Optus CEO, Allen Lew, warning that unless there is a real shake up in pricing, a growing number of Australians might opt for a mobile-based technology instead.

"Today in Australia there is already about 20 to 25 percent of homes that do not have a fixed line going to their homes and with the next generation antenna technologies that we have deployed, we can deliver up to one-gig speeds...so it is really up to customers now to decide whether they want a home wireless broadband solution, a wireless dongle or a fixed-line service," Mr Lew told the AFR.

However, a cut in wholesale prices, even a drastic one, shouldn’t be viewed as a silver bullet to all of the NBN network’s woes. Sure, it might ease congestion during peak hours but it will also expose the inherent limitations that the underlying network has been built on.

The fact that the network uses a mix of technologies such as the existing copper network to deliver the last mile connection to the majority of Australian homes means that only a small percentage will be able to achieve speeds anywhere close to 100Mbps/40Mbps. The speeds and overall reliability of the connection will ultimately come down to the customer’s distance to the purpose-built street cabinets, referred to as nodes, and the quality of the copper line that runs down their street and inside their homes.

Most Australians are unaware of these factors and will sign up to a top tier plan expecting to receive the speeds they are paying for without realising that they are in fact receiving much less, not due to congestion, but because of their distance from the node.

Interestingly, Labor is preparing to put the compromise-technology known as Fibre-to-the-Curb (FTTC) at the centre of its plans for the NBN should it win the next election.

Fibre-to-the-Curb is seen as a superior technology when compared to Fibre-to-the-Node (FTTN) as the fibre runs all the way to the driveway of homes and then uses the existing copper line to the home. The significantly shorter copper run means that more people should be able to achieve top-tier speeds than would otherwise be possible on FTTN and has the potential to reach speeds of up to 1Gbit in the future.

Given that the bulk of the multi-technology mix rollout will have been completed by the time the next federal election rolls around sometime in 2019, Labor’s stance is perhaps unsurprising.

"The challenge with NBN is you can't simply change it post-election like a piece of legislation—there are realities on the ground," Labor communications spokeswoman Michelle Rowland told Fairfax Media.

"FTTP remains the Labor policy with FTTC being the next best alternative for consumers."