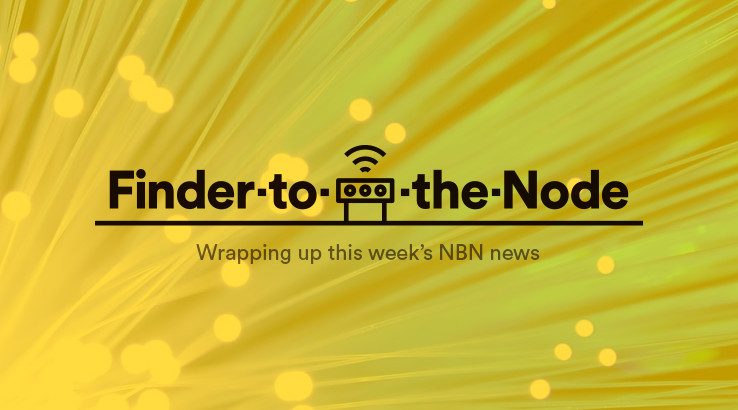 NBN wants to change up its pricing and access models in the coming years in our round-up of all the week's NBN news.

NBN ups the speed – if you can get it

NBN Co has released the details of its Wholesale Pricing Review which was looking into ways that the company could change its pricing strategy to both meet its financial goals and improve services offered to its RSP partners.

The good news if you're not happy with your current NBN speeds is that NBN is proposing some moderate price cuts, along with the introduction of new speed tiers. As it had earlier proposed, it will open up a 100/20 speed tier plan with 3.75Mbps of capacity at a charge (to ISPs (internet service providers)) of $58 a month. That's $7 less than it currently charges for a 100/40 plan to ISPs, although, of course, the upload speed is effectively cut in half.

NBN's retail service provider partners – ISPs like Telstra, Optus, TPG and so on – can already offer higher speed plans, but as we've seen previously, there's only been limited availability and even more limited take-up of those plans.

The new "up to" 1,000/50 tier represents a hefty price cut for NBN Co of $100 a month off what it would cost an ISP to deliver a similar service right now.

Then there's that pesky "up to" qualifier for the 1,000/50 tier. In its announcement of the review findings, NBN Co notes that "The parameters of the new speed tiers and precise nature of the speed commitment on HFC will be developed and finalised during the consultation period."

Or in other words, as it's been for a while, if you won the fibre NBN jackpot, you'll get the best speeds, but it can't make the same promises on lesser technology pathways.

NBN Co is also proposing to slice down the pricing that its RSP partners pay for 25/5Mbps plans, down to $37 per month from $45 per month as it is right now.

However, there's a sting in the tail there, as under the proposal it would also drop the CVC inclusions on those plans from 2Mbps down to 1.25Mbps.

What that means in layman's terms is that your ISP would have less capacity to share around its customers on that plan tier, unless it buys more than it needs. Given the constant ISP complaints about razor-thin margins on NBN plans, that doesn't seem super-likely.

The prices listed are just what NBN Co charges its ISP partners for connectivity. It's very much up to each ISP to set customer charges, so while it's possible these new plans could price match or even undercut existing plans, it's not guaranteed. ISPs have long complained about the tiny profit margins on NBN plans, so it's quite feasible some may use price drops simply to provide them with extra revenue.

NBN Co's pricing review also calls for price revision at the very entry-level 12Mbps pricing tier. If you only use the NBN very sparingly or for voice calling only, its pricing model (for ISPs) will remain at $22.50 a month with just 0.15Mbps of CVC.

Again, that's pricing for ISPs that act as the effective "middleman" in this arrangement, and it isn't necessarily reflective of what an ISP might charge you. Although as ITNews reports, Communications Minister Paul Fletcher is suggesting exactly what that entry level pricing should be for customers who want low speed but no data limitations.

"The issue, in particular, is that we don't have many retailers at the moment who are selling a 12/1 entry level product with unlimited monthly data; and one of the reasons is that it is very difficult for the retail service provider to make money with the current wholesale pricing," he said.

"We do believe that this reduction in wholesale pricing will make it more feasible for retail service providers to offer that 12/1 product at a $60 per month price point in a way that lets them generate more profitability than has been the case to date."

By far the most contentious proposal in the NBN's wholesale pricing review was around traffic pricing – or the proposal thereof – for video streaming services, a move which was quickly dubbed the "Netflix Tax".

The essential idea, had it gone through, was that additional charges might apply from an ISP level for users of such services.

To put it politely, it was a suggestion that wasn't very popular. The good news here is that it's been abandoned entirely. As The Guardian reports, feedback on the proposal made it abundantly clear that it was a non-starter. It quotes Ken Wallace, NBN general manager for consumer as stating that

"We never proposed as such segments pricing; what we did was identify video streaming as a significant driver of traffic. We needed to make sure we were getting feedback from industry on how they were supporting supplying video services. We flagged some possible ways it could be done to get feedback … and we got a very clear message from industry that it wasn't something they felt we should be looking at at this time."