Finder to the Node: SkyMuster Plus launches as scams intensify

Good news for satellite NBN users, bad news for folks who thought they were being called by NBN Co in our round-up of the week's NBN news. 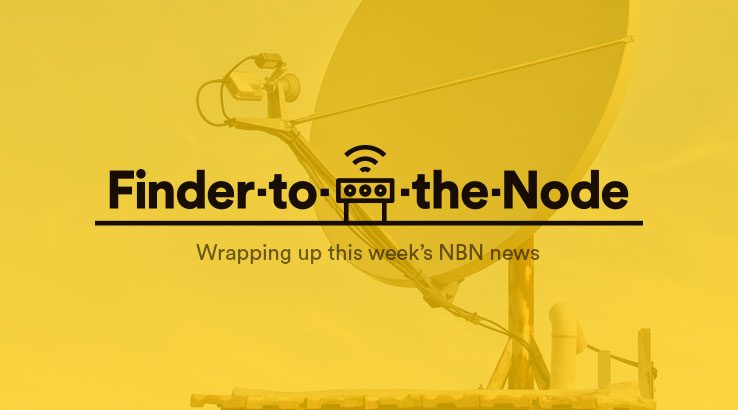 NBN's upgraded satellite NBN plans with Sky Muster Plus branding have been coming for quite some time now, but this week NBN Co made them official for customers living under the NBN satellite footprint.

NBN Co has been trialling Sky Muster Plus with specific customers, and NBN CEO Stephen Rue said this week that the unmetered part of the Sky Muster Plus offer had shown significant improvements for its users.

"Early insights show that around one third of the total data used in July was unmetered," he said.

"This not only frees up more data for metered activities such as video streaming or accessing cloud storage but will also provide comfort to customers who can continue to access essential internet services such as online banking any time."

The other key aspect of the Sky Muster Plus service is that NBN Co says that users may "from time-to-time experience wholesale speed bursts above 25/5Mbps, subject to available network capacity."

Satellite NBN remains the slowest of the NBN provided services and that's very much a technical capacity and latency issue. As the AFR reports, ongoing work with low earth orbit satellites could be used to replace the existing Sky Muster satellites before their predicted end of service life.

NBN scams on the rise

It's National Scam Awareness week, and sadly the National Broadband Network is something of a recurrent and rising target for scammers.

Darren Kane, NBN Co's Chief Security Officer said, "Our own contact centre has received more than 9,500 enquiries over the past quarter alone from the public, nationally, about suspected scams. As we close in on the end of the network build, scammers are increasing their efforts to take advantage of the nbn brand as a way to steal people's personal or financial details and using increasingly sophisticated ways to convince people of their legitimacy."

As a reminder, NBN Co is a wholesaler of Internet services, not the company that you as a consumer deal with directly in any real sense. NBN Co will never contact you to sell you services or threaten a disconnection from your existing service.

What you need to do to switch to the NBN, or switch NBN providers, is contact an Internet Service Provider (ISP) using NBN infrastructure. Even then, it pays to be wary. If you're contacted by somebody claiming to be from your ISP, or threatening disconnection from it, don't hand over any personal details.

Politely decline, look up your ISP's contact details – never use numbers or email addresses given to you over the phone – and chase up the matter that way.

It comes amidst recent criticism of the way some actual NBN ISPs are using heavy sales pressure tactics in telemarking efforts for broadband plans which can't be helping with confusion around what are or are not legitimate approaches from NBN ISPs.