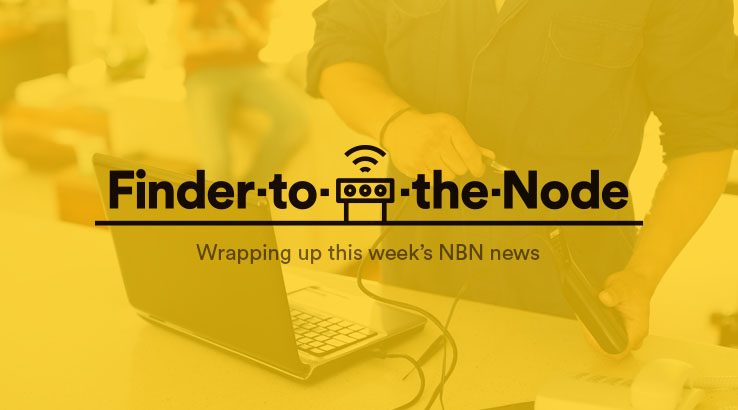 NBN Co is hiring for the "face of the organisation" roles

NBN Co has long been regarded as something of a faceless entity, and it's not hard to see why. It's a wholesaler that deals with ISPs (internet service providers), while much of the actual build and rollout work of the NBN has been handled by third party contractors, with varying degrees of customer sentiment when that happens.

NBN Co appears to be wanting to reverse that impression, as IT News reports. It's looking to hire customer field technicians and customer field specialists to "be the face of our organisation".

What's interesting here is that NBN Co is usually adamant – and correct – to state that its customers are its ISP partners, but the wording of the advertising appears to suggest that these roles will indeed be directly interfacing with the customers of those ISPs. Regular everyday Australians, in other words.

The new roles "will be responsible for installation, repair and maintenance of NBN products and services … predominantly inside the customer's premises" according to the advertisements.

NBN Co declined to state how many roles it was hiring for.

Optus also wants to be your NBN Champion

Migrating to the NBN can be a somewhat awkward process, and it seems that it's one that many of us are avoiding until the very last minute. In order to smooth over the bumps in the road, Optus is reportedly spending up big on its "Optus NBN Champion" program, as Computerworld reports.

Optus CEO Allen Lew lays out the plan in a speech to be presented at ACCANect, the conference of the Australian Communications Consumer Action Network.

"We are proactively reaching out to existing customers who are migrating to the NBN to reassure them that one person will manage their order from receipt right through to completion and for the first 30 days of activation," he said.

"This isn't a promise to do; we have been embedding this since May and slowly building scale so that we can offer it to all our customers."

The fate of the TPG/Vodafone merger, which could have significant impacts on the ongoing business of the NBN, will rest on a Federal Court hearing next week. But in its 2019 financial year results, TPG's picture is looking anything but rosy.

Net profits dropped 56% year on year, and as ZDNet reports, that can primarily be attributed to the cancellation of its mobile network, as well as ongoing pressures related to supplying services on the NBN. The extremely thin margins on NBN consumer services are putting the squeeze on TPG's profits, although it has to some extent seen those problems mitigated by rising revenues to enterprise clients.

What do Powderfinger and the NBN have in common?

Well, it turns out that while Powderfinger's happiness was slowly creeping back, that happiness doesn't apply to the NBN.

As the ABC reports, Ian Haug, guitarist for Powderfinger is amongst a group of residents in Samford on the outskirts of Brisbane unhappy with the provision of NBN services.

Specifically, they're unhappy to be placed under the footprint of NBN services delivered by satellite and fixed wireless, despite living 21km from the Brisbane CBD.

While Haug hasn't connected as yet, he notes the poor connection stories he hears from his neighbours wouldn't be enough for his needs.

"Any time there's some cloud cover, the satellite will get extremely low. If there's a storm it'll just drop out," he said.

Other Samford residents described the rollout as a "debacle", noting that while some residents were connected with Fibre to the Node, many were placed on wireless technologies instead.