Finance minister: China and Korea must cooperate on cryptocurrency 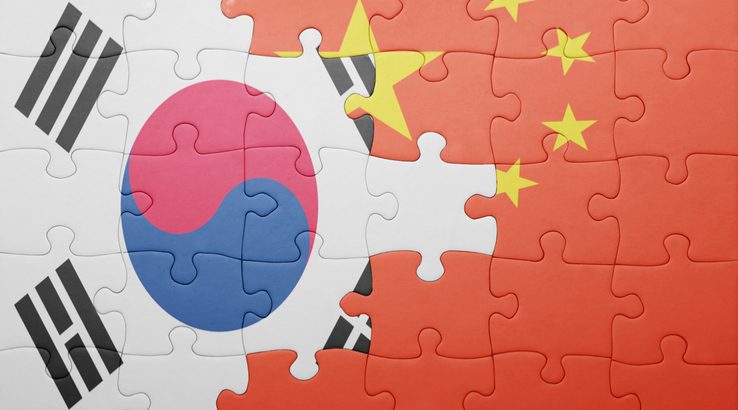 In a recent visit to China, South Korea's finance minister Kim Dong-yeon reaffirmed support for blockchain technology and cryptocurrency, reports A to Z Forex. The minister stated that "blockchain technology can disrupt and revolutionize the world... [it] is an important technological breakthrough to fuel the fourth industrial revolution". The sentiment was soon echoed on the other side of the world by US regulators.

At the same time, the South China Morning Post reports that authorities are aiming to stamp out the crypto market entirely and block all websites related to crypto trading and ICOs.

During his visit, Kim reportedly met with Zhou Xiaochuan, the governor of the Central Chinese Bank, and said that:

All of these statements suggest a strong stance against China's ongoing attempts to crack down on cryptocurrencies.

South Korea and China must cooperate on cryptocurrency

Many South Korean and Chinese companies have already been working together on cryptocurrency developments. For example, Waltonchain is a China/Korea joint venture currently involved in an IoT smart city testing partnership with China's state telecom service in Zhangzhou.

The inherent decentralisation of distributed ledger technology means that international cooperation might be a necessary step towards effective regulation of cryptocurrencies. This was previously noted in China where early attempts at banning local cryptocurrency trading simply saw people take their business offshore. And in the case of that particular ban, South Korea was one of the preferred offshore trading destinations.

At the time of writing, China is reportedly in the middle of another attempted crypto crackdown, this time with the apparent intention of making it last.

At the same time, Korea's finance minister has said that China and Korea are better off being on the same page and he has reiterated that South Korea still has no plans to ban or unduly restrict cryptocurrency.

There have been several previous rumours of crypto crackdowns in Korea, which may have significantly impacted prices. Rumours circulated in late December that exchanges would be closing in January, then apparently it slipped people's minds and they started panicking again when January rolled around.

After a few market drops and some light civil unrest, South Korea's FTC chair clarified that shutting down all exchanges was "unrealistic" and was simply not going to be happening. Instead, this crackdown has manifested as a requirement that people use their real names when trading won for crypto on South Korean exchanges. You might recognise this as the bare minimum KYC requirement that has been implemented by most countries, including Australia.

Similar cryptocurrency ban rumours have circulated about India, much to the surprise of everyone in India.

While the rumours of a cryptocurrency kibosh in China are looking a lot more real than the rumours elsewhere, Korea's stance is now very clear. Cooperation between the two countries might be at odds with the hard crackdown in China that some fear.

"For open-source blockchain networks, cryptocurrencies are necessary as incentives for individuals to participate in the network," Kim said.

This speaks to a potential difference of opinion between China's intended use of blockchain technology and the way it's going elsewhere. The crypto crackdowns in China aren't aimed at the technology. Instead, they're focused on cryptocurrency trading. It's the exchanges that are being targeted rather than the coins themselves.

Kim makes the point that the trading element cannot necessarily be separated from the technology, and that getting the full benefits means having both.

The question of whether cryptocurrencies are really necessary for distributed ledger technology is still a long-running debate, despite having already been conclusively resolved as "it depends".

You don't need a token model to use distributed ledger technology but you can't get the full benefits by shutting it off entirely, especially if you want the benefits of a properly decentralised network.

The future is likely to be a combination of centralised-private, decentralised-public and consortium (combined public/private) blockchain systems, and it's looking increasingly likely that they will be all be used alongside one another.

At the end of the day, there's a clear competitive advantage for both businesses and governments in keeping all the options on the table. A certain amount of regulation is essential for innovation and growth, but hard crackdowns and outright bans seem more likely to end up as a handicap that no country wants to deal with, especially if it puts them at odds with their neighbours.