What to expect from Fiji Airways’ new A350 airplane 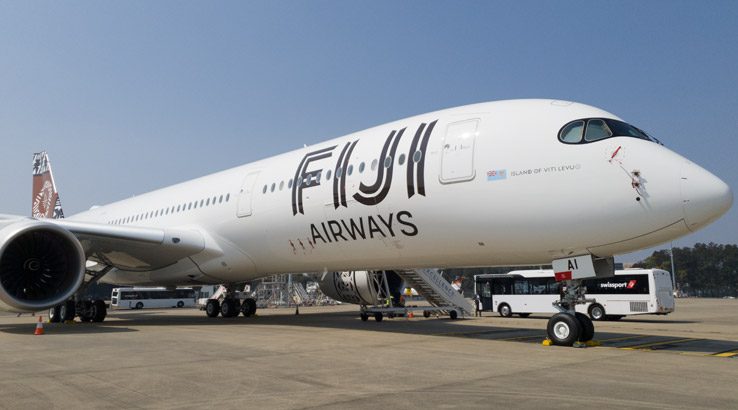 It's fuel efficient, super spacious and you can experience it from 1 December.

Life in the air is about to become more luxurious now that Fiji Airways has welcomed the latest member of its fleet: the A350-900 WXB.

It's a wide-body, eco-conscious aircraft due to make its South Pacific debut from 1 December 2019. When it does, it'll join the roster of Fiji Airways aircraft flying between Sydney and Nadi, Fiji and onward from Nadi to Los Angeles.

Initially the A350 will operate the Nadi-Los Angeles and return flights rotation with other ships in the fleet. However, this will increase to a daily service from 1 January 2020 following the delivery of a second A350 in mid-December.

Here's what to expect from Fiji Airways and its A350 in the near future.

A more eco-conscious way to fly

As the world looks toward more green options, so too has Airbus. The A350 is more fuel and cost efficient, compared to its predecessor, thereby cutting CO2 emissions by 25%.

This is attributed to a variety of advanced technologies, including aerodynamic wings to reduce drag and lighter materials to reduce maintainance and cost. All without compromising on safety. 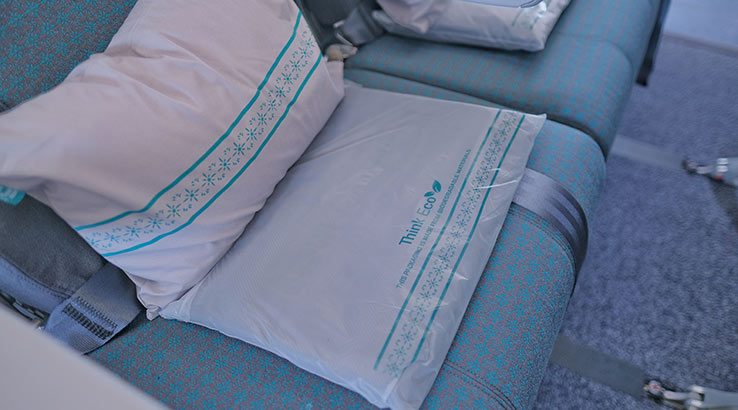 Continuing its efforts as a sustainable aircraft packaging for items such as blankets are also made from bio-degradable materials.

Under the bonnet, the A350 also holds some swagger. Built with Rolls Royce Trent XWB engines, its Airspace cabin is the quietest twin-alley cabin in the air.

In fact, Airbus brags that it's so serene you shouldn't need to raise your voice above a whisper to be heard.

More spacious on the inside

Peace and quiet isn't the only thing passengers should expect from their time in the air. Being a wide-body aircraft it's spacious from business class to economy. 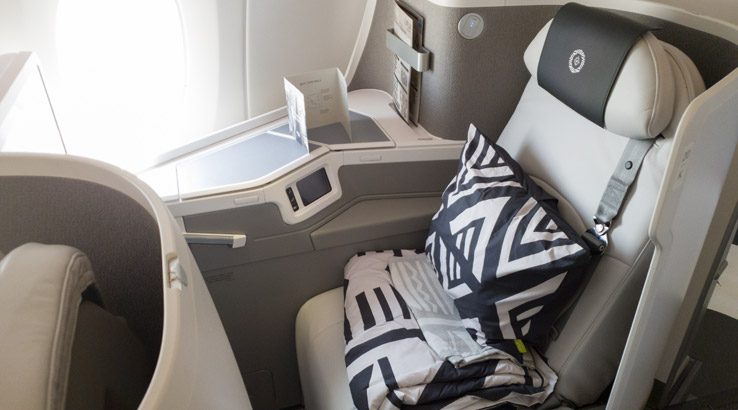 Business class is fitted with 33 seats set in a 1-2-2-1 reverse herringbone style. This enables full aisle access for each passenger while maintaining complete privacy. Seats are exceptionally spacious with a 60-62" pitch and lie-flat beds.

During evenings, mattresses are provided for added padding and comfort. The whole set-up is extremely ergonomic as the entertainment screen can be controlled by touch or handheld device and the seat recline buttons and light switch are fitted into the seat, making them easy to reach even when lying down. 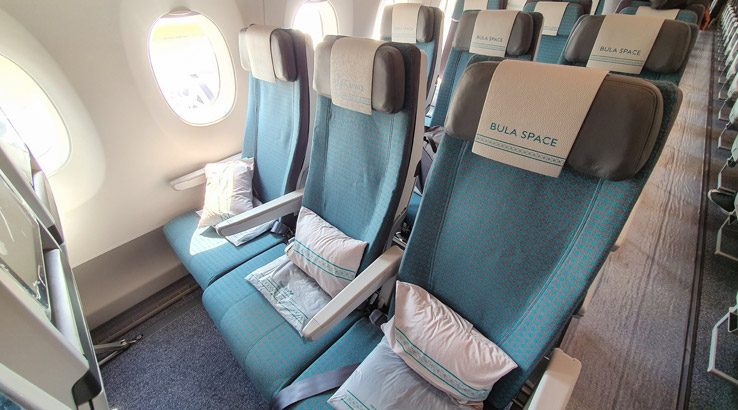 The Economy Bula Space is a new section on Fiji Airways. While it doesn't include all the perks of a standard economy section it does offer extra legroom and priority boarding. It's fitted with 39 seats in a 3-3-3 arrangement and feature a seat pitch of 34". To put that into context, that's the maximum seat pitch available in economy on a Emirates A380-800. 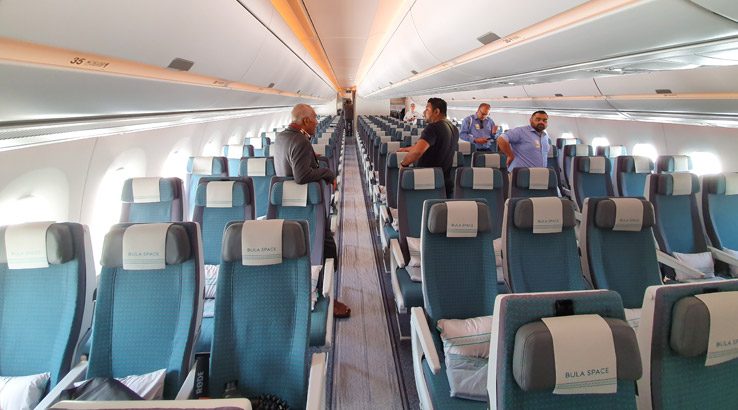 Another welcome addition is increased overhead compartment space. These are capable of accommodating one standard wheeled cabin bag per person, making for a more stress-free boarding process. 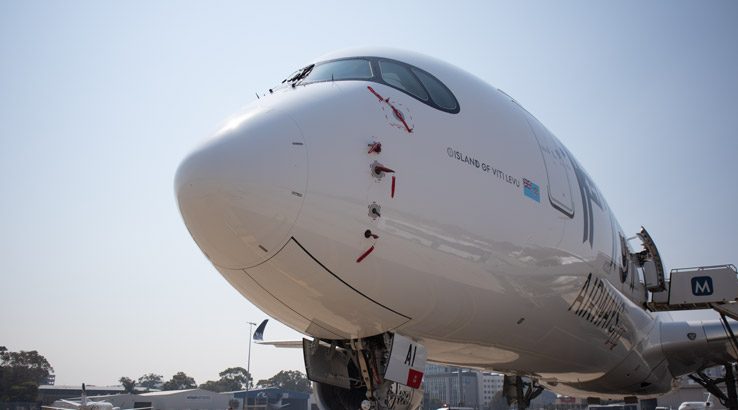 Fiji Airways isn't the first airline to adopt the A350, though it is the first in the South Pacific region. Qatar first debuted the ship in 2014 and now operates around 30 A350 craft.

Start searching for your flight