Field Day the latest festival to go cashless, but is it good for consumers? 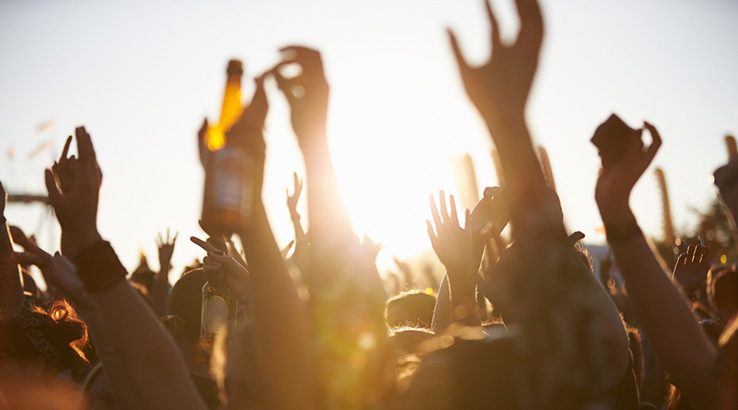 Attendees had to pay with a Visa or Mastercard but were charged a fee for each transaction.

In a post to Facebook on 30 December 2018, Field Day announced that the festival, being held two days later in The Domain in Sydney, would be going cashless. Only two outlets would be accepting cash on the day: the VIP bar, which was only accessible with a premium VIP ticket, and the cloakroom and merchandise stand. Festival attendees were asked to pay with a Visa or Mastercard (American Express and Diners Club would not be accepted) or they could get a $50 prepaid Visa card which had no activation fee.

Most of Field Day's attendees, typically millennials or generation Zs, would be no strangers to cashless transactions. Reserve Bank of Australia (RBA) statistics show that cash payments have fallen from about 70% of the number of consumer payments across Australia in 2007 to 37% in 2016. But one thing that would affect anyone making purchases at the festival was the 1.2% surcharge that applied to every transaction. This included the prepaid Visa card which could be purchased at the event.

The comments on Field Day's post announcing the switch to cashless showed that not everyone was happy about it. "Fancy not giving people the option to use cash when there's a surcharge on card" one commenter posted. Others called out the surcharge, saying it was "cheeky", "annoying" and "a joke". Commenters also questioned the reasoning behind going cashless "They say it's faster & [you] don't have to worry about change or losing money but yet it's 1.2% surcharge every time you get a drink" read one comment.

According to Field Day's Facebook post, the decision to go cashless was made for a number of reasons:

"Here are a few perks of cashless bars:
🏃🏻 Faster service (no stuffing around with change)
💸 No chance you can drop that $50 note and NEVER see it again
😷 Less money germs (stop and think about it... eeewwwww)
💃🏽 No change in your pockets weighing you down (this makes it much easier to dance)"

Fuzzy Events, which runs Field Day, did not immediately respond to a request for comment.

While Field Day is well within its right to charge a surcharge, there are specific standards that must be met to ensure the surcharge is not excessive. This is in line with the Competition and Consumer Amendment (Payment Surcharges) Act 2016 banning excessive surcharges, which the Australian Competition and Consumer Commission (ACCC) regulates. The law essentially ensures that businesses do not charge consumers a surcharge beyond what it costs them to process the payment.

So, while surcharges are fairer in Australia thanks to this new law, businesses are still able to charge consumers for debit and credit card payments. If businesses decide to pass on these costs to consumers, it is definitely a drawback to the benefits offered by cashless services. However, following the ban on excessive surcharges and changing consumer expectations, many are deciding not to pass on these costs. Finder is currently running a campaign to support businesses that decide not to charge these surcharges – you can see the list of fee-free shops here.

Field Day is not the first festival to go cashless or use contactless payments to replace other festival payment systems. In 2017, Splendour in the Grass announced it would replace its drink token system with Visa payWave technology. Byron Bay Blues Festival also opted for RFID (Radio Frequency Identification) wristbands for attendees to purchase drinks in 2017. There was a $3.50 fee for the first beverage purchase, however.