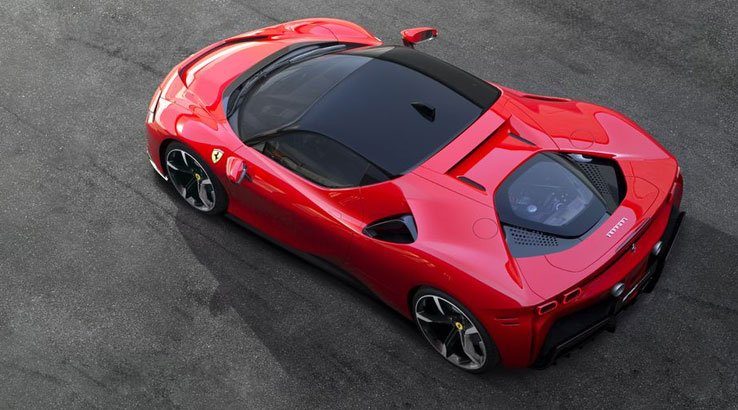 Ferrari has shown the world its all-new hybrid supercar, the SF90 Stradale. Here's the scoop.

The SF90 Stradale uses the Italian sports-carmaker's most brawny petrol V8 ever, that, together with three electric motors, generates a stupefying 735.26kW (986bhp). The SF90 boasts two independent electric power units on the front axle and one interfaced between the V8 engine and gearbox. This motor is actually an F1-style Kinetic Energy Recovery System (KERS). The engine will freely rev to 8,000rpm, and at 6,000rpm the power plant spawns 800Nm of torque! Displacement for the engine is 3,990cc, with two turbochargers working in tandem to improve efficiency and extract every possible drop of performance. Interestingly, this will also be Ferrari's first sports car to have 4WD.

Ferrari has taken full advantage of the PHEV technology – drivers are able to travel 25-kilometres in all-electric mode thanks to an onboard 7.9kWh lithium-ion battery pack. In this set-up, the SF90 maxes out at 135km/h.

In addition to the SF90 having an F1-inspired KERS motor, it also uses an 8-speed gearbox with dual-clutches. According to Ferrari, this configuration is lighter, delivering an 8% improvement in fuel usage and 30% faster cog swaps.

Ferrari boffins paid attention to every single element of the car, including developing forged alloy wheels that are designed to work like rotor blades. The benefits are two-fold: the hot air radiated from the brakes and drivetrain are vented away and the unique profiling reduces drag. 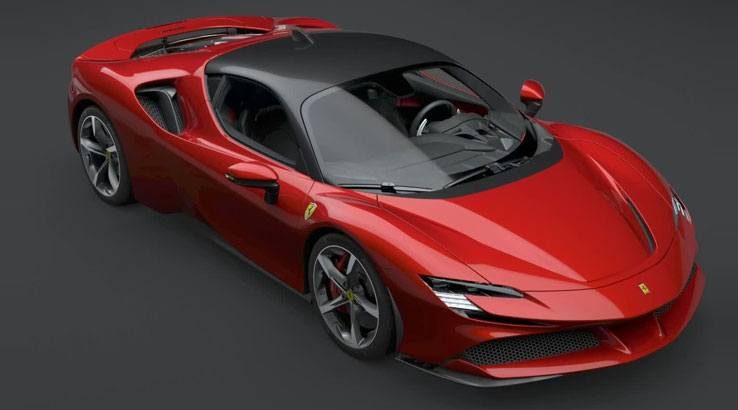 Even the underside of the car resembles a beautiful piece of industrial art, with grills and grooves designed to direct airflow and generate vortexes, boosting downforce and planting the car firmly to the road. The SF90 Stradale even wears an intelligent rear spoiler that optimises airflow depending on the direction of travel and velocity.

Inside what Ferrari is labelling the "aeronautical bubble cockpit", you have a steering wheel that could have been lifted straight from the SF90 F1 car, the company's 2019 F1 championship contender.

The name signifies the 90 years of Ferrari participating in Grand Prix and Stradale translated means road. Just like the single-seater F1 car driven by Sebastien Vettel and Charles Leclerc, the interior is very minimal. Ferrari says this is to match the vehicle's exterior styling, merging form and technology with performance. It looks thoroughly futuristic, with conventional infotainment screens ditched in favour of a 16-inch, curved digital instrument cluster inset into the dash.

The Ferrari SF90 Stradale is quick. Blisteringly so. It takes just 2.5 seconds for the prancing horse's latest supercar to blast from 0-100km/h. 0-200km/h is over in a mere 6.7 seconds. Maxed out, Ferrari claims it'll be good for 340km/h. Stopping isn't an issue either, as you'll be able to drop the anchors at 100km/h and come to a halt in under 29.5 metres.

There's nothing concrete in terms of costs announced just yet. The company has only said it'll be more than $1 million.