Ferguson vs Gaethje UFC 249: Get the Australian live stream here 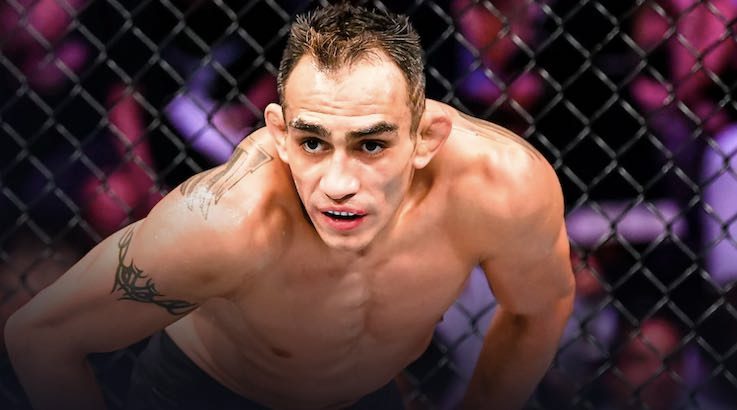 The long wait is finally over. UFC is back with a huge clash between Tony Ferguson and Justin Gaethje for the UFC Lightweight Championship.

An event that has suffered a number of delays and postponements is all set to unfold at VyStar Veterans Memorial Arena in Jacksonville.

It boasts an awesome line-up, with Henry Cejudo also taking on Dominick Cruz for the UFC Bantamweight title in the co-main event. Heavyweights Francis Ngannou and Jairzinho Rozenstriuk are also squaring off, along with Anthony Pettis vs Donald "Cowboy" Cerrone.

When is UFC 249 Ferguson vs Gaethje?

A massive day of MMA is getting underway on Sunday 10 May. The early prelims kick off at 8:30am AEST, with Pettis vs Cerrone headlining the preliminary card which start at 10am. The main card then starts at midday AEST.
Here's what time you need to be at the ready for the UFC 249 main card.

Check out our full card preview.

How to watch UFC 249 Ferguson vs Gaethje main card

Watch Ferguson vs Gaethje on Main Event: If you have a Foxtel subscription, UFC 249 will cost you $54.95. You can order it via the Main Event website, using the My Foxtel app, your Foxtel remote or over the phone. You can also order the fight if you have Optus TV featuring Foxtel, on the phone only. Ordering through a phone agent will incur an additional $2 booking fee.

Live stream Ferguson vs Gaethje on UFC Fight Pass: The UFC's official streaming site is another option. It also costs $54.95 through UFC Fight Pass. You can also sign up for Fight Pass for $10.99 per month or $104.99 for an annual pass. It is compatible with desktops and laptops, Apple TV, Xbox One, Xbox 360, Amazon Fire TV, iPad, iPhone and Android devices, Chromecast, Samsung Smart TVs, Roku or LG Smart TVs.

Watch Ferguson vs Gaethje on PlayStation 4: If you have a PlayStation 4, you also have access to the fights. Look for Live Events in the PlayStation Store. Once you have purchased the fight you can watch it through the "videos" menu. It is $54.95. If you are a PlayStation Plus member it is $49.95.

Watch Ferguson vs Gaethje on Fetch TV: Using your Fetch TV box, go to "manage" and then "subscriptions". Once you have purchased the event for $54.95, you can watch it on TV or your mobile using the Fetch app.

How to watch UFC 249 Ferguson vs Gaethje preliminary card

Watch Ferguson vs Gaethje on Kayo Sports: Kayo typically has more than 50 sports for you to choose from. During the coronavirus pandemic it has been showing thousands of hours of timeless content, but some live sport is back thanks to UFC. A Basic subscription to Kayo is $25/month which allows you to watch on 2 screens. For $35/month a Premium subscription gives you 3 screens. Kayo also has a 14-day free trial. It has a range of features, such as SplitView, where you can watch four sports at once. It is compatible with iOS and Android devices, PCs, Mac, Android TV, Telstra TV, Apple TV, Samsung TV (2017 model or later), Chromecast and AirPlay. Check out our full Kayo review for more information.

Foxtel iQ: If you have a Foxtel iQ subscription including the Sports HD pack, you are all set for the prelims of UFC 249 on ESPN. You can also stream ESPN on your laptop or mobile using Foxtel GO or the ESPN app. If not, you need the Sports HD pack ($25/month) and Foxtel Plus package ($49/month), blowing the total out to $74/month. Foxtel is the only broadcaster in Australia that currently offers 4K sports content. Foxtel iQ deals are regularly available.

Foxtel Now: This is the pay TV giant's digital streaming service. You have to subscribe to the Essentials pack in addition to the Sport pack which costs $54/month in total. If you haven't tried it yet, Foxtel Now offers a 10-day free trial so you can watch on ESPN. We have also put together a full guide which includes the list of compatible devices.

Update - Uriah Hall vs Ronaldo Souza is now cancelled after Souza tested positive to coronavirus. Though fortunately for MMA fans this won't stop the event.