As one of the biggest third-party publishers in the video games industry, Ubisoft isn't short on marquee franchises. Assassin's Creed, Ghost Recon, Rainbow Six, Rayman, Prince of Persia, Heroes of Might & Magic and more all come from the famed French developer. One of its most loved series, however, is Far Cry.

When the first Far Cry game emerged in 2004 it was instantly elevated into gaming folklore. We'd never seen such a vast, open world before, one where the gameplay felt unstructured and open to the player's interpretation. And the detail in the jungle landscape, above and below the waterline, was unparalleled for a game of that size.

Since then, the Far Cry series has continued to push the boundaries of what is possible in an open-world game. It is known for its edgy storytelling, exotic locations and sense of scale. In July 2020, Ubisoft officially announced Far Cry 6. It's the sixth game in the main lineage, but there have been multiple spin-offs, too.

Here is everything you need to know about Far Cry 6.

Release date: When will Far Cry 6 come out?

Far Cry 6 was due to release worldwide on 18 February 2021, but has been delayed. It's now due sometime between April 2021 and March 2022. It's not a surprise as it would have been quite a quick turnaround from announcement to release, with gamers only forced to wait nine months to play the title. Despite it becoming a typical release window for the series, with the last four games all released in mid-February to early March, COVID has proved too challenging on the team.

Platforms: What consoles is Far Cry 6 coming out on?

Far Cry 6 will release on PlayStation 5, Xbox Series X, PS4, Xbox One, PC and Google Stadia. Given that the game is releasing so close to the launch of the next-generation PS5 and XSX consoles, it's no surprise to discover the game is cross-generational. Google Stadia support is also intriguing since the cloud-based streaming service is still in its infancy and not available in many countries, including Australia.

The price of Far Cry 6 is expected to differ between formats and versions. The current-generation standard version of Far Cry 6 is likely to come in at $99 as is typically seen with other games. It's likely that the PS5 and Xbox Series X games could be $10 to $20 more expensive. However, this is not official.

There are expected to be four versions of the game: 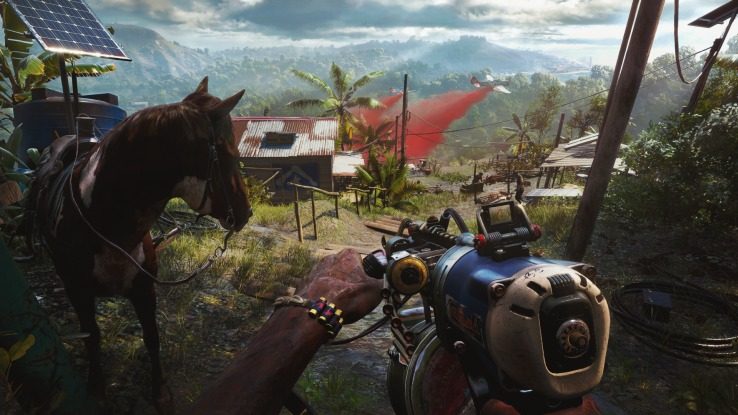 Story: What is Far Cry 6 about?

Far Cry 6 is set on a fictional Caribbean island called Yara, which is inspired by Cuba. The island is in a state of revolution, with the population rebelling against El Presidente, Anton Costillo, and his young son Diego. It's a dictatorship and Costillo believes the people, and their freedoms, must be held under tight control or the nation will implode.

However, it's not a black and white story of good versus evil. Costillo was born into his position of power and wealth, and when his father died, he took up the role of El Presidente with the revolution already in full swing. When the game begins, Costillo doesn't expect to survive for long and is working hard to ensure his son Diego is ready to lead the country following his death. However, Diego is uncertain about what kind of ruler he wants to be.

The player stars as neither of these characters, however. As Dani Rojas, you are a freedom fighter and guerrilla soldier looking to rid the island of Yara of its dictator and return it to its glory days. You can play as either a female or a male Dani.

As the street fighter Dani Rojas, you'll need to turn anything you can get your hands-on into a makeshift weapon. The island of Yara is described as "the largest Far Cry playground to date", allowing you to explore great distances on foot or via vehicle. Outside of completing story missions, you'll be looking to sow unrest, recruit Amigos and level-up your abilities as we've seen in previous games. How you go about achieving these side quests will be left to you.

Does Fangs for Hire return?

Fangs for Hire, a feature introduced in Far Cry 5, returns under a new name. That new name is Amigos and refers to your ability to befriend an animal companion that will fight alongside you in the game. One such Amigo is a dachshund (read: sausage dog) called Chorizo. 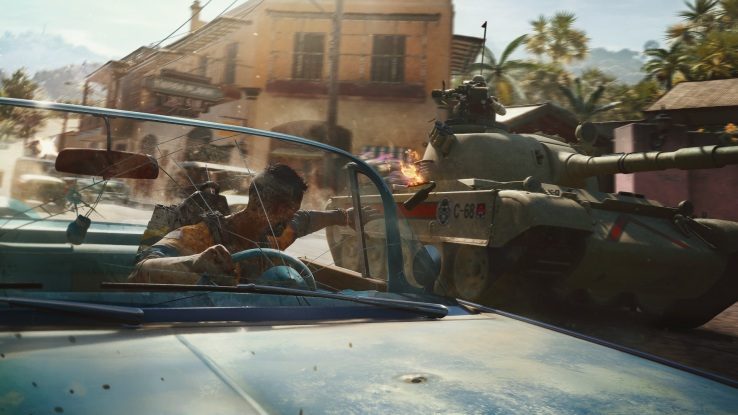 Does Far Cry 6 have a multiplayer mode?

A two-player multiplayer mode will be part of the Far Cry 6 experience. As of the time of writing, the details of that multiplayer experience have not been revealed. Previous games in the series have featured a co-op mode, a fact that has many Far Cry fans excited. It's worth noting that Far Cry 5 did have an online-only co-op mode, adding weight to this hope.

A co-op mode in Far Cry 6 would be an awesome addition, especially if it's local co-op as well as online. However, it could also be a Horde-mode experience, where you and a friend fight off enemies or complete standalone missions outside of the main story experience.

Where to buy Far Cry 6 in Australia?

Far Cry 6 will receive a wide release across all major retailers in Australia. As well as a digital version via the likes of Xbox Marketplace, the PlayStation Store and the Epic Games Store, a box copy version will be available for physical purchase. Amazon, JB Hi-Fi and EB Games will be popular destinations, alongside department stores (Target, K-Mart and Big W) and the likes of The Gamesman and OzGameShop.

Although information had leaked in the week beforehand, Far Cry 6 was officially announced on 13 July 2020. It was at the closing act at the first Ubisoft Forward online event.