Far Cry 5 Inside Eden’s Gate review: Not a cult classic 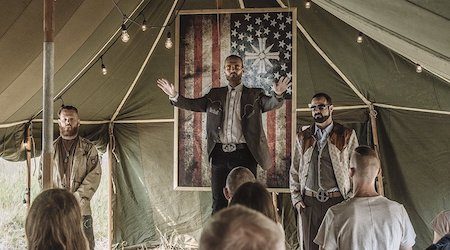 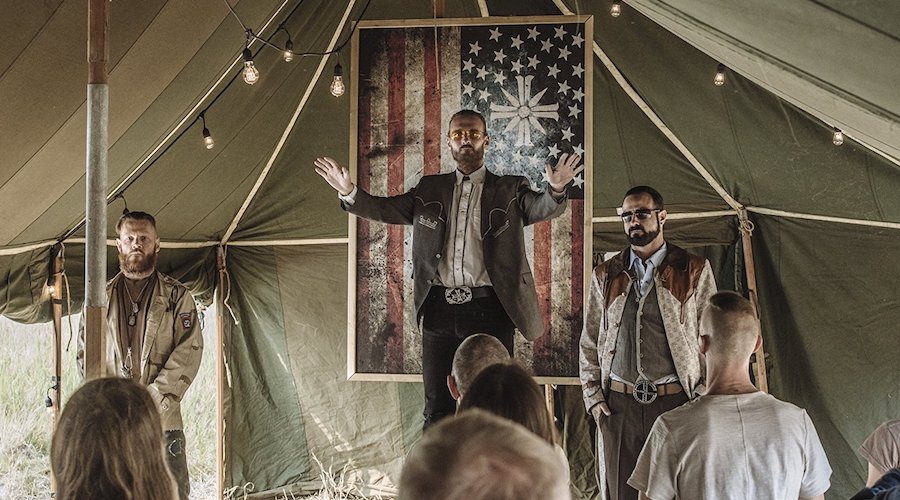 It's a far cry from the quality of the Michael “Vaas” Mando-led short film promotional series for Far Cry 3.

Live-action tie-ins for games aren’t exactly new, but Ubisoft clearly has a continued interest in producing them to promote their recent games. Case in point, the Far Cry 5: Inside Eden’s Gate short film that’s designed to get players ready for Far Cry 5. In recent history, Ubisoft has given the live-action tie-in treatment to Assassin’s Creed Origins, Ghost Recon Wildlands, The Division and, more specific to this particular shooter series, Far Cry 3.

The problem with remembering the Far Cry 3 live-action series is how much better and how much more Far Cry, for lack of a better phrase, it is when stacked next to this Inside Eden’s Gate B film. Like Johnny Depp’s take on Jack Sparrow in the original Pirates of the Caribbean, the marketing for Far Cry 3 primarily revolved around one man: Michael Mando and his chilling (and iconic) portrayal of insane baddie Vaas.

Luckily for Ubisoft, the publisher snagged Mando before he became a household name – starring in the likes of Orphan Black, Better Call Saul and Spider-Man Homecoming – but not before he flexed his talent. While Greg Bryk – the voice, likeness, and actor behind Joseph Seed in Far Cry 5 and Inside Eden’s Gate – is similarly “that guy” like Mando was when he played Vaas, he’s clearly playing a character with more subdued insanity. While this works from what I’ve played of Far Cry 5, it’s less effective for this short film. Bryk is mostly left espousing religious nonsense rather than establishing himself as a real leader.

In fairness, Bryk is probably the best thing about Inside Eden’s Gate, which clocks in at around half an hour. The less-than-stellar stuff starts with the plot. Three detective-lite vloggers – Alex, Hannah, and Sara – are en route to Hope County (the fictional setting of Far Cry 5), set in the real-world Montana, to look into the rumours of a rising cult called The Project at Eden’s Gate.

This in itself isn’t so bad, but their main point of interest revolves around Mark, a local man whose sister has recently joined the cult. He thinks she’s joined Eden’s Gate under suspicious circumstances, and even the vloggers are suspicious of whether this is even worth looking into. It’s a weak way to get the trio to want to look further and, as it’s the basis of the whole story, Inside Eden’s Gate doesn’t really lift itself up too far from here. 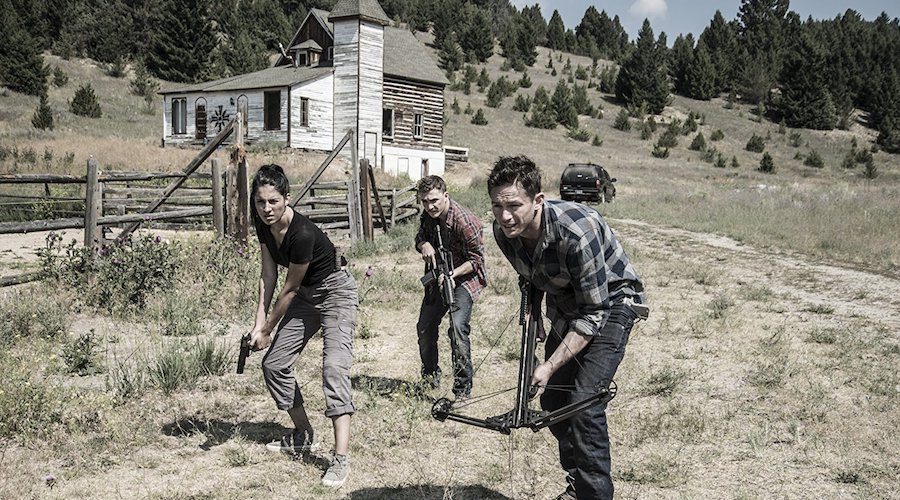 Assumedly, budgetary concerns mean that writer Adam Gilbertson and director Barry Battles do their best with implying the usual scope of a Far Cry game (read: via exposition) than actually showing it. For instance, when you first meet the cult, it feels more like a religious-fuelled Alcoholics Anonymous meeting than any sort of threatening militia. Even when things open up a bit more towards the end of the story, and there’s some actual shooting (y’know, for a short film based on a first-person shooter), the threat feels more like an ad hoc squad than an army.

Obviously, it doesn’t help that I’ve played several hours of the game already, which means I’ve seen the threat of the cult. In Inside Eden’s Gate, the cult is more the harsh language of Westboro Baptist Church than the life-threatening Branch Davidians of the Waco siege. It also doesn’t help that the opening of the game itself, which I won’t spoil here, is so much more effective as an introduction to the cult and its leader Joseph Seed than the backstory of this short film.

Hell, the baptism live-action trailer for Far Cry 5, despite having some basic chatter, is a masterclass in "show, don’t tell" storytelling whose two-minute runtime does a better job of establishing the mood of the game and the insanity of its leader, all the while painting a picture of the kind of religious obsession that led Joseph Seed on his apocalyptic path.

This is one of the biggest things that’s missing from Inside Eden’s Gate: an actual sense of meaningful backstory that would act as a fitting prologue for the game. There are nods to the found-footage approach that makes up half the short film, but it feels less Blair Witch and more like two disparate editing styles: one traditional, the other handheld. It’s a distracting editing quirk that permeates throughout the short film in a way that proves disorientating at times.

There’s really only one memorable scene, but even that requires a huge leap of faith by the audience to accept why one of the leads is buying into Seed’s particular brand of BS. Without giving too much away, it’s a scene that presents a semi-compelling reason for why someone might willingly drink the Eden Gate Kool-Aid. This scene simultaneously humanises Joseph through his charisma, past wounds and, more importantly, his openness in sharing the latter.

It’s a touch of pathos that would have been better served as the basis of the short story and used to build something more intimate around it. As it stands, the shootout that’s used to conclude Inside Eden’s Gate feels shoehorned in. Even though shooting is a big part of Far Cry, it ultimately highlights how much more effective the Far Cry 3 short film was in promoting character and insanity above the need for lengthy shootouts.

Pre-order Far Cry 5 for Xbox One