FAQ: How will negative gearing changes affect you? 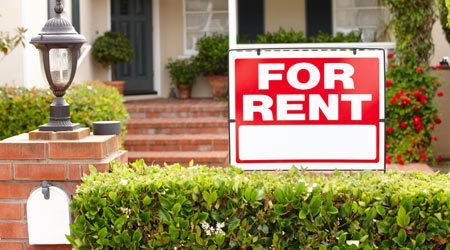 Both the Coalition and Labor are proposing changes to negative gearing rules in Australia. Here's finder's BS-free explanation of how those changes could impact investors, home buyers and renters.

Negative gearing is shaping up to be a major issue in the 2017 election. Just what is being proposed and how might it affect you?

What is negative gearing?

Negative gearing is a popular strategy for investing in property while minimising your tax payments. The typical approach is this: you purchase a house for investment with an interest-only loan and rent it out, using the rent to help pay the mortgage. The chances are you'll actually make a loss on paper, because the rent is unlikely to cover the full cost of the mortgage and you'll have maintenance, rates, insurance and other expenses as well.

However, that loss can be offset against your taxable income, reducing the amount of tax you have to pay. When you eventually sell the house, you'll have to pay capital gains tax, but if the property market has appreciated in the meantime, you'll still come out ahead, as well as having reduced the amount of tax you pay during that period. Capital gains tax is also discounted for individuals. (You can learn more about the details from our negative gearing guide.)

Supporters of negative gearing argue that it allows people to create a property investment portfolio without requiring a huge sum, and helps stimulate the building of new property to house Australia's growing population. But that doesn't mean that it's universally supported.

So what's the problem with negative gearing?

The main arguments against negative gearing are:

Negative gearing was identified as a "distortion" in the 2014 financial review, which investigated ways to improve and streamline Australia's financial system. Now in 2016, it looks like changes are inevitable, since both major political parties (the Coalition and Labor) have announced plans to tighten up the rules if they're elected at the next Federal election. So what might happen?

What changes have been proposed?

What would this mean for investors? Investors would have much less incentive to buy into existing properties, since the tax advantages of negative gearing will disappear. Those looking to profit from negative gearing would focus on newly-built developments, which would potentially drive up prices for those properties. People with existing negative gearing investments won't have to make changes, and there might be a rush on properties prior to July 2017 which could push prices up.

What would this mean for first home buyers? Competition for off-the-plan properties would be steep, but bidding on existing properties is likely to become less intense. Prior to the July 2017 switchover, there's a good chance prices might rise and competition might intensify.

What would this mean for renters? It's harder to predict the effects on rents. Existing home owners who qualify for negative gearing wouldn't have an incentive to sell those properties. Rents on newly-constructed apartments would change, but might actually drop if there's heavy competition between negatively-geared landlords.

The Coalition, which is currently in government, has vowed not to make changes to negative gearing. Its latest Federal Budget has left the concession untouched. Prime Minister Malcolm Turnbull has claimed Labor's proposal to restrict negative gearing would hamper supply and cause rents to rise.

Tips to trade shares in a volatile market

SPONSORED: October is historically the most…

NBN $3.5 billion upgrade: Will you get faster Internet?

NBN Co is shaking up its multi-technology mix…