Fact check: Does Bitcoin really consume as much energy as Switzerland? 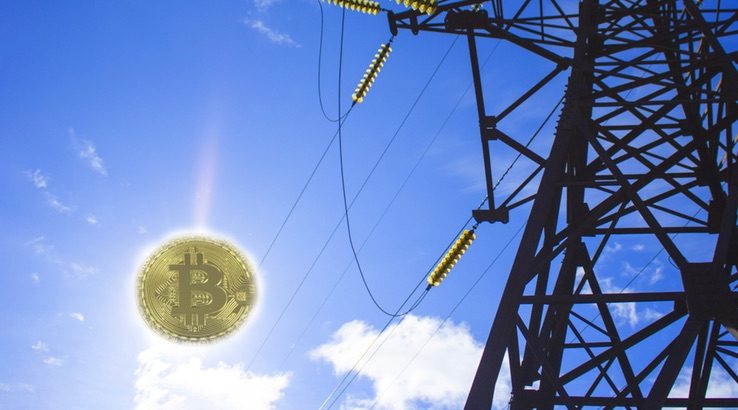 No, Bitcoin does not consume as much energy as Switzerland. No one knows how much energy Bitcoin uses.

Bitcoin is consuming a lot of energy.

In fact, people are now saying it's consuming 58.93 terawatt-hours (TWh) per year. For perspective, Switzerland's energy consumption is 58.46TWh per year. This is the source of all those headlines saying Bitcoin now consumes as much energy as Switzerland.

Except the source itself, Cambridge Centre for Alternative Finance (CCAF), currently says Bitcoin is consuming 53.1TWh per year, so right away that doesn't add up. That's a full 10% difference. The reason for the difference is that the source of all those headlines updates its numbers every 30 seconds, so the numbers it gives are constantly rising and falling.

There's so much variation that from a strictly factual perspective, it's quite inaccurate to just declare that Bitcoin is now consuming as much energy as Switzerland.

And different sources have their own calculations. Here's a source that says Bitcoin consumes over 70TWh per year. Use that one instead and you can say Bitcoin consumes almost 20% more energy than Switzerland does. In fact, anyone could have used that source to crank out an equally accurate "Bitcoin consumes as much energy as Switzerland" headline several months ago.

Anything in the popular "Bitcoin consumes as much energy as ..." series of headlines will always be a bit misleading due to the variability of calculating Bitcoin's energy consumption. Estimates of Bitcoin's energy consumption change daily and swing widely in any direction, and any comparisons based on those estimates will always be largely meaningless.

This time is no exception.

Although Bitcoin's energy use is undeniably heavy, many of the most popular articles on Bitcoin's energy use are dangerously wrong. On the whole though, the "Bitcoin consumes as much energy as..." shtick is a relatively minor offender in the sea of misleading information.

It's worth looking at how people estimate Bitcoin's energy consumption for an understanding of just how variable they can be.

How to calculate Bitcoin's energy consumption

There are only two provable pieces of information at the root of all estimates of Bitcoin's energy consumption:

The idea behind Bitcoin is that new blocks are created every 10 minutes on average, so as more energy goes into Bitcoin, the difficulty automatically adjusts to snap the block creation time back up to that 10-minute average.

So from the combination of difficulty and average block time, you can extrapolate the Bitcoin network's hashrate. This is essentially a measure of how much mining power goes into Bitcoin.

That mining power is what consumes all that energy, so that's your starting point for working out Bitcoin's energy consumption.

Basically, you start with hashrate as an indicator of how many Bitcoin mining machines are running, and then you need to calculate how much energy is being used on them. This is where it gets tricky.

Part of the problem is that there are a lot of different kinds of mining machines, of widely varying efficiency. A more efficient machine can be run profitably even when Bitcoin prices are lower, while a less efficient machine would have to be switched off.

It's just another unanswerable question that researchers need to take a stab at whenever they try to calculate Bitcoin's energy consumption.

These guesses can be reflected in the CCAF model.

If you assume miner energy costs are 5 cents per kilowatt hour, the upper end of its energy consumption estimates (grey line) quite literally goes off the charts, while the mid-range CCAF estimate (thick yellow line) is about 55TWh.

When you assume 5 cents per kilowatt hour

But if you assume an average energy cost of 15 cents per kilowatt hour, the chart looks completely different. That mid-range estimate is now 40TWh.

When you assume 15 cents per kilowatt hour

The reason there's such a big difference is because the model used here hypothetically assumes that all miners have a mixed basket of different tier mining machines, and that they are running all of the ones which are profitable at a given time, at the assumed energy costs. So when Bitcoin prices go unusually high, like in December 2017, you get a huge amount of extremely inefficient machines being switched on, which causes a spike in Bitcoin's energy consumption.

By assuming a higher electricity price, you kind of magnify the impact of Bitcoin price on immediate Bitcoin energy consumption because you raise the threshold at which machines are being turned on.

Both charts are inaccurate in their own way, as are any models that attempt to simplify an extraordinarily complex and multi-faceted question into a workable form.

Anyone trying to guess Bitcoin's energy consumption needs to make an extensive series of guesses about what kind of mining machines are being used in all the different Bitcoin mining locations around the world, how much they're paying for energy, what assumptions the miners are making about Bitcoin price movements, whether miners are willing to operate at a loss, whether old machines get scrapped or re-sold after use, the average mining machine lifespan, how efficiently individual mining farms are, and so on.

For an example of how many variables are in play, consider that about 50% of Bitcoin mining farms are believed to be in China, and many of them use hydroelectric power. This means their energy costs rise during the dry season and fall during the rainy season. And as we can see, energy cost greatly impacts Bitcoin's energy consumption.

Even though it's a significant factor, we don't factor the weather in China into our estimates of Bitcoin energy consumption because it's just too complicated.

The economics and energy consumption of Bitcoin mining are complicated. But understanding how it all works is relatively simple.

If you don't want to get hung up on the numbers, you can always boil Bitcoin's energy consumption down to one inalienable fact:

Bitcoin energy consumption will continue increasing as long as mining is profitable.