Everything you need to know from today’s PlayStation 5 event 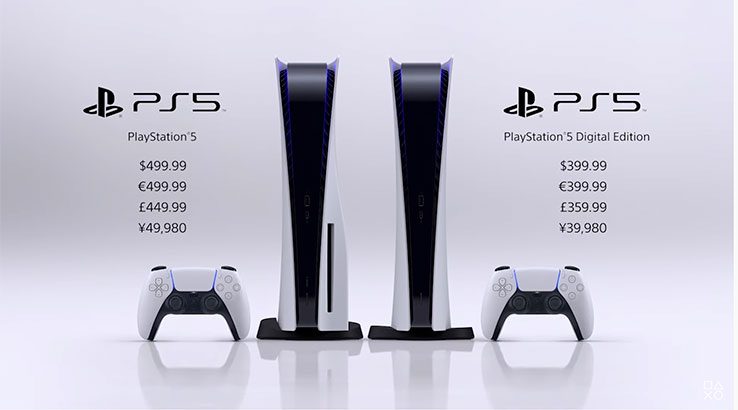 Sony has finally revealed the launch date and pricing for the PlayStation 5, as well as footage of new and remastered games, a subscription games service and more.

When can I buy the PlayStation 5 in Australia?

While Sony pitched it as "one more look at some of the great games coming to PS5 at launch", most fans of the Japanese gaming giant's consoles were expecting the PlayStation 5 Showcase this morning to also be the point at which Sony finally revealed the pricing and launch date for its fifth generation of PlayStation gaming consoles.

They were not disappointed, with Sony revealing that the Sony PlayStation 5 will go on sale in Australia from 12 November 2020. 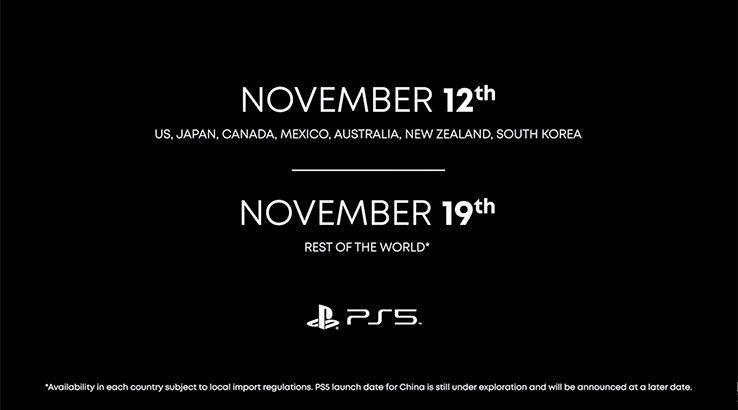 Australia has the lucky distinction of being in the first group of countries to get the PlayStation 5 as well – neat!

How much will the PlayStation 5 cost in Australia?

Sony waited until the end of the presentation to reveal pricing, although it didn't have a lot of Australian-specific detail to speak of. Fortunately, Sony's local PR picked up the slack with official AU pricing: 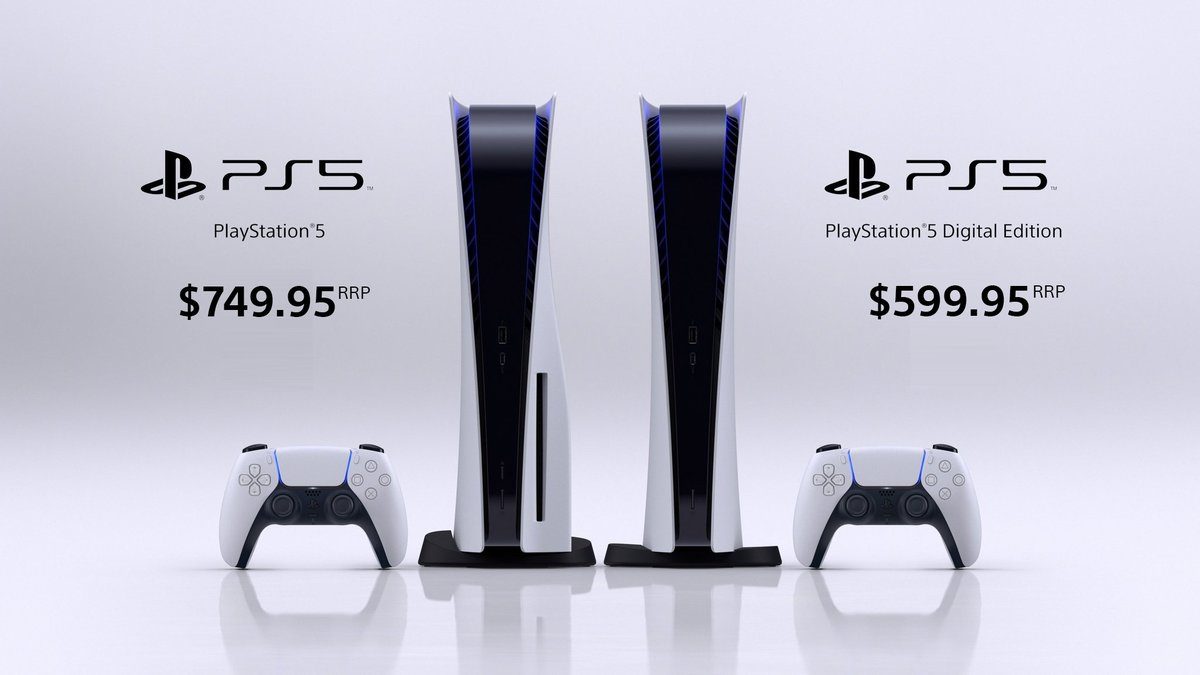 As you can see, Sony has matched the $749 price point of the Xbox Series X, which will go on sale two days earlier. The Digital Edition will come in at $599.95, which is $100 more than Microsoft's Xbox Series S. (It's important to note, though, that the Xbox Series S uses less powerful components to its bigger brother, whereas the PlayStation 5 consoles are identical apart from the optical drive.)

Consoles traditionally don't get much leeway when it comes to merchant pricing, but if history is any indication, we can expect some game bundles or possibly extra controller bundles as part of any retailer deals in the pre-order cycle pretty soon. If you can't wait, here's where you can pre-order the console right now:

The PlayStation 5 Digital Edition lacks any kind of optical drive, relying instead purely on digitally downloaded titles. On the other hand, the Premium model will include an optical drive for disc-based games and other media playback.

The Digital Edition of the PlayStation 5 is cheaper, and if you don't like buying physical discs or having to store them, it could be appealing. However, you are locking yourself into only getting whatever sale prices Sony puts up on the PlayStation Store when it comes time to buy actual games.

Will the PlayStation 5 have a games subscription service? 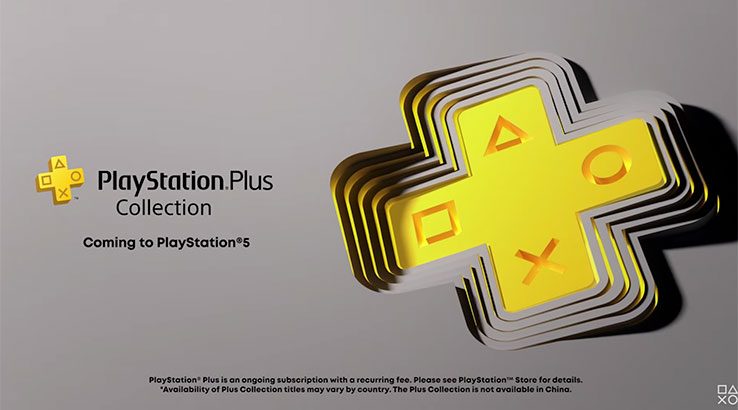 The other piece of the puzzle that Sony fans were waiting on was also unveiled this morning. The PlayStation Plus Collection is a download subscription service that includes a range of first and third-party PS4 titles that will be available to play on PlayStation 5 at launch.

PlayStation Plus is Sony's existing online gaming service, and right now it includes free monthly titles as part of a subscription library. However, it appears to be taking on Microsoft's GamePass rather more explicitly this time around.

What else did Sony show off?

As is always the case with these kinds of events, Sony didn't reveal the pricing and availability first. Instead, it ran through a showcase of games, many of which were already known about from the last PlayStation 5 event. 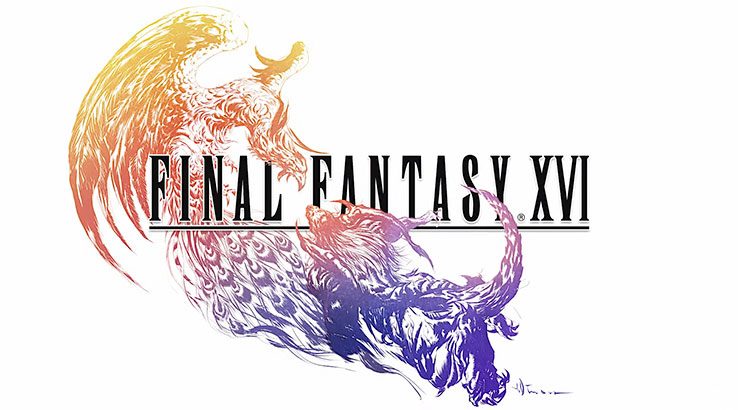 First up was Square's Final Fantasy XVI, which Sony is claiming as a PlayStation 5 exclusive – although much smaller text also revealed that it will be released on PC, with footage shown being PC-based content.

As you'd expect, it's a mix of fantasy battle action, Chocobos and role playing action, with a pretty epic score. In other words, a Final Fantasy game, for better or worse. 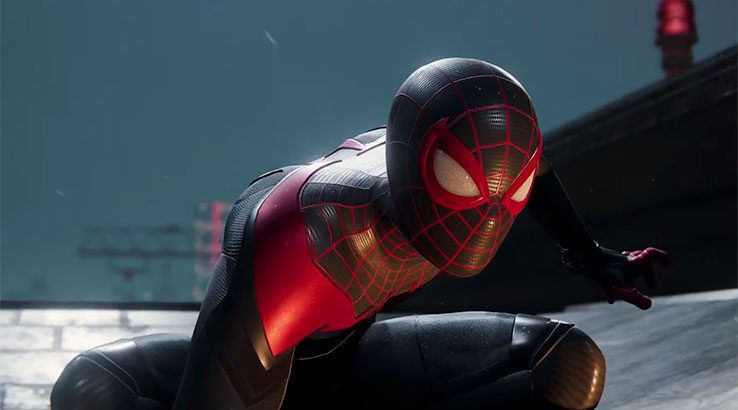 Insomniac Games then showed off footage from Spider-Man: Miles Morales – said to be coming "Holiday 2020" – in which Miles Morales wandered around his new home of Harlem. It's said to be set a year after the events of the first PlayStation-exclusive Spider-Man game, with footage of a bridge attack shown in the snippet.

Spider-Man was easily one of the best PS4 games, and Miles Morales certainly looks to continue that trend. If you're pining for more Spider-Man action, Miles Morales will also be coming to PlayStation 4. 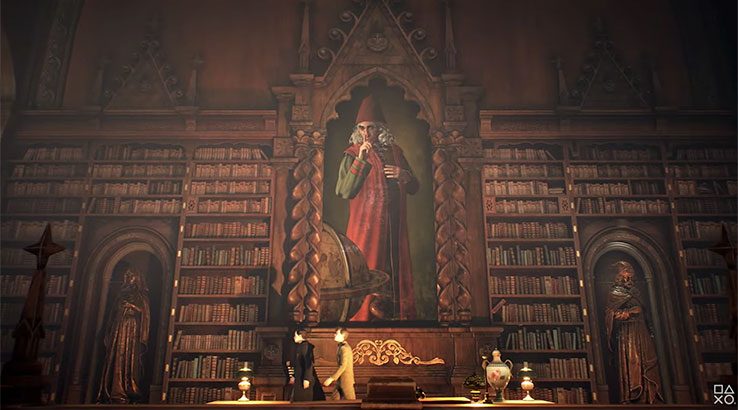 Next up, the Harry Potter-inspired Hogwarts Legacy is coming in 2021 and looking rather like a Potter-fied version of Rockstar's classic Bully. Of course it's got plenty of magic and fantastical beasts along the way. 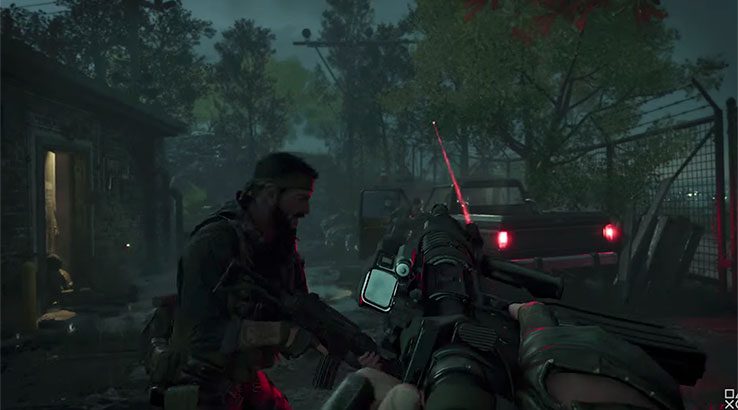 Next was footage from Call Of Duty: Black Ops Cold War, which will go on Alpha for PS4 owners from this Friday. Set in the 1980s, as the name suggests, it's a Cold War-era FPS, with a promised upgrade for multiplayer and Zombies mode for next-gen buyers. 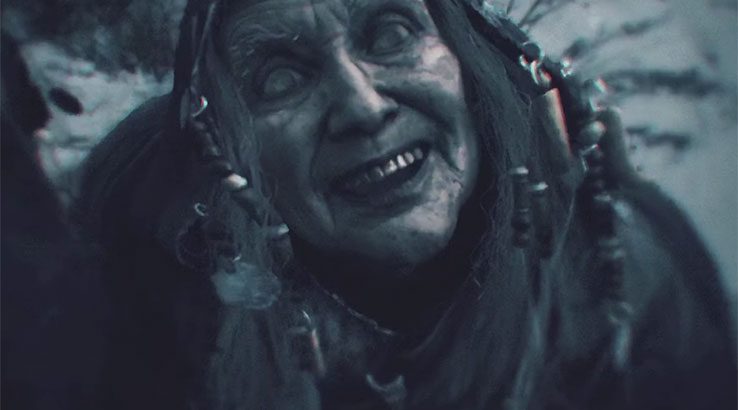 The last PS5 event showed off Resident Evil Village, the latest in the long-running horror franchise from Capcom. Expect jump scares, zombies and a seriously grimy mood in this one, based on the new footage shown off today. 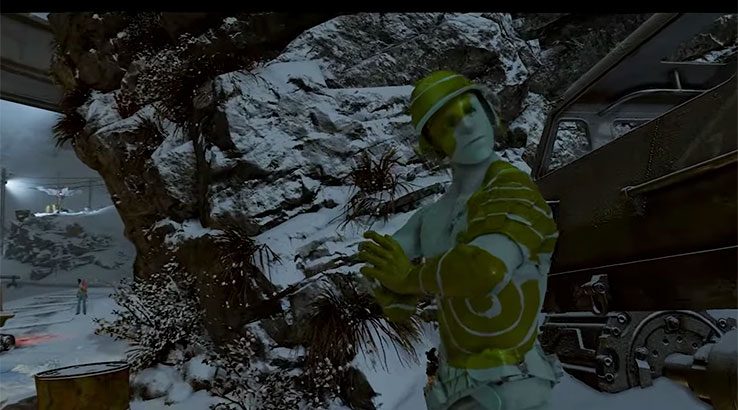 Deathloop – again, not a surprise if you watched the PS5 design reveal showcase – won't be hitting the PS5 until the 2nd quarter of 2021, so you'll have a while to wait for your time-splitting FPS sniping action. 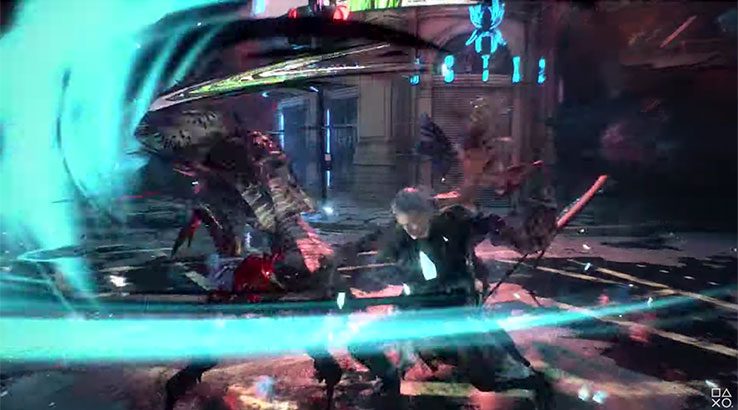 Devil May Cry 5 is getting a digital-only special edition for PlayStation 5, and that will be a launch title. 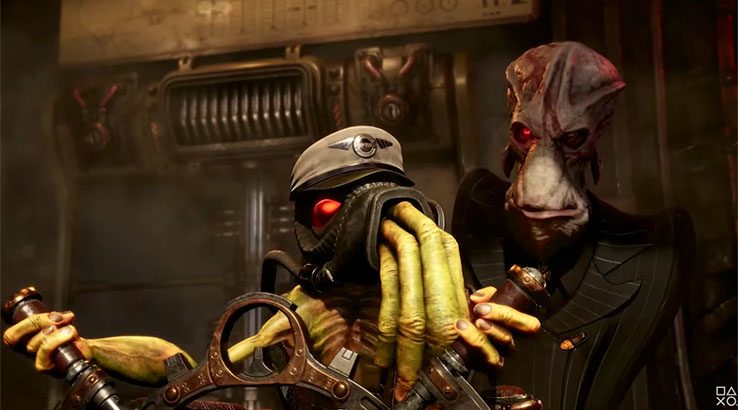 Oddworld Inhabitants has been making Oddworld games for a long, long time – all the way back to the original PlayStation, in fact – and the previously announced Oddworld: SoulStorm showed off a fresh trailer at the event. 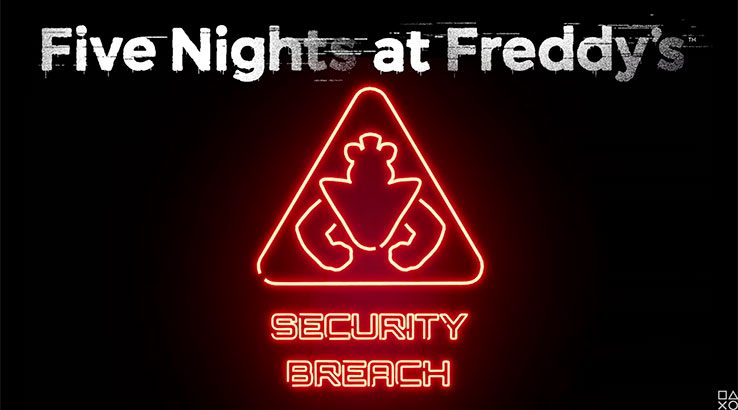 Set in "Freddy Fazbear's Mega Pizza Plex" – which rather gives away what it is – Five Nights At Freddy's: Security Breach promises plenty of jump scares of its own, with Sony noting that, thanks to the use of an SSD on the PS5, "the pace of terror is never interrupted". 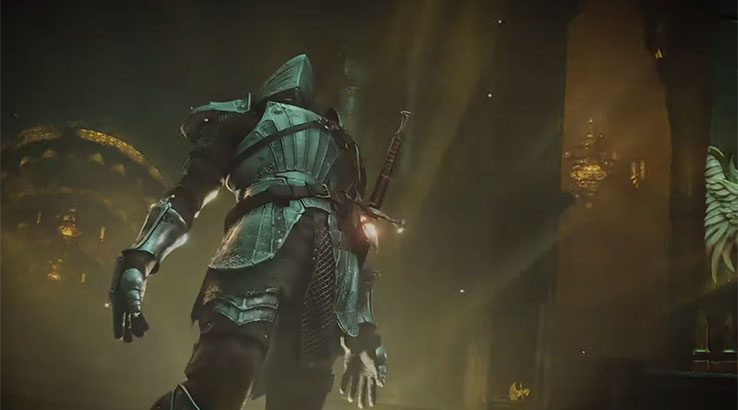 The Demon's Souls remaster looks to be coming along nicely if you're a fan of brutally hard, brutally dark games.

Finally, Sony closed out the show by announcing a fresh entry in the God of War series, God Of War: Ragnarok. Not that it showed much in the way of gameplay, although the logo is kind of cute.