European Union and UK to attempt crackdown on bitcoin | finder.com.au

Europe and UK to attempt crackdown on bitcoin 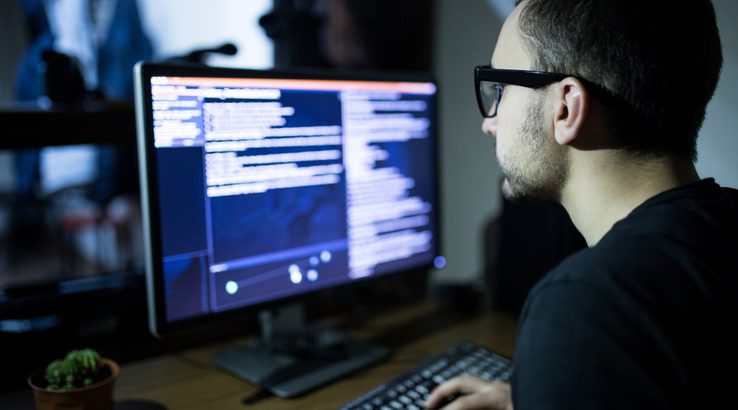 The European Union members and the UK are in the process of a new bitcoin crackdown, with the aim of ending its anonymity. The new changes are intended to make sure bitcoin exchanges and other services practise Know Your Customer (KYC) rules, and verify the identities of their users. This is intended to stymie the use of bitcoin among criminals and close off an avenue of tax evasion.

The changes come on the heels of London police warning that low level drug dealers were using bitcoin ATMs to deposit large amounts of cash.

"If you move large quantities of cash around it leaves you vulnerable to other criminals. It's in their own interest, in terms of protection, to use this," said Michael Gallagher of the UK Serious and Organised Crime division.

These upcoming changes suggest that the UK and EU members are happy to tolerate an uptick in violence on the streets if it helps effectively regulate digital currency.

But common sense dictates that you don't have to be a criminal to benefit from the safety of anonymity. Anyone who owns a large amount of bitcoin should do their level best to protect themselves, which means staying anonymous.

Two-factor authentication, cold storage and other now-standard precautions in the world of bitcoin can effectively protect someone's digital currency savings from hackers, but not from being physically forced to unlock your wallet and transfer money to your assailant.

The value of bitcoin means that for an enterprising criminal one successful theft could net millions of dollars in ready-to-go currency, no fencing needed and zero chance of it ever being reclaimed. Even if they get caught, they could still have a retirement fund waiting for them at the end of their prison sentence.

There's a huge incentive for criminals to look for bitcoin-rich targets, and to unlock their wallets with violence. Anonymity is simply the best defence.

The functional outcome of KYC regulations is that more bitcoin exchanges will have customer names, addresses, contact numbers, driver licence photos and other sensitive information stored on their servers.

Nothing on the Internet is 100% secure

By now it's well established that nothing on the Internet is completely secure. Consider the recent news that Uber leaked the personal information of 57 million customers. Or the countless millions of people affected by the Equifax security breach.

This is why cryptocurrency industry standards include holding customer funds safely offline in cold storage, in multiple locations.

How anonymous is bitcoin really?

Transactions on the blockchain are transparent and public, but can only be connected to certain wallet addresses. This information alone isn't enough to identify anyone.

The problems come when a specific wallet address is connected to a person's real-life identity.

For example if a bitcoin exchange is hacked and someone steals customer information, including their name, address, phone number and a photo of them, as well as a cryptocurrency wallet address.

By getting the wallet address, they can look at the ledger to see when funds were to send to or from that wallet.

Precautions like dynamic wallet addresses can help, but the personally identifiable information is harder to change.

It might be for the best that the crackdown is nothing new, and will almost inevitably have no effect.

Firstly, bitcoin exchanges and services already follow KYC regulations. Verifying customer identity is already standard practice on bitcoin services around the world. The services that handle fiat currencies do this because they already get shut down if they don't. Banks and other established financial institutions have been happy to report and cudgel their new competition out of existence whenever they're in violation of KYC rules.

All cryptocurrency services are already under extremely heavy scrutiny from wary users, competing exchanges and established financial institutions. Another set of eyes on it probably won't make a difference.

Secondly, it's still easy enough to go anonymous. There are still a number of ways to buy bitcoin anonymously. Plus bitcoin is in fact one of the less-anonymous cryptocurrencies in existence. Alternatives like Monero (whose price has increased to AU$270 in the wake of this news) are specifically designed to be completely secure and anonymous.

And a cynic might also add a third point. Tax minimisation strategies are already thriving in Europe and the UK. If you're a rich enough business or individual, you don't need bitcoin to shirk tax obligations.

In addition to further demonstrating the near-impossibility of complete data security, the Paradise Papers and Panama Papers leaks made it clear that wealthy individuals and rich commercial enterprises are dropping their tax obligations through perfectly legal means.

Bitcoin is undoubtedly being used for criminal activities, but it's probable that the amount of money being laundered through bitcoin is negligible compared to the amount being passed through tax havens, shell companies and established fiat currency laundering institutions.

If successfully executed, it's likely that a bitcoin crackdown in the UK and European Union will have little effect other than making things slightly more violent and dangerous for everyone. Fortunately it's almost certainly going to have little or no effect.