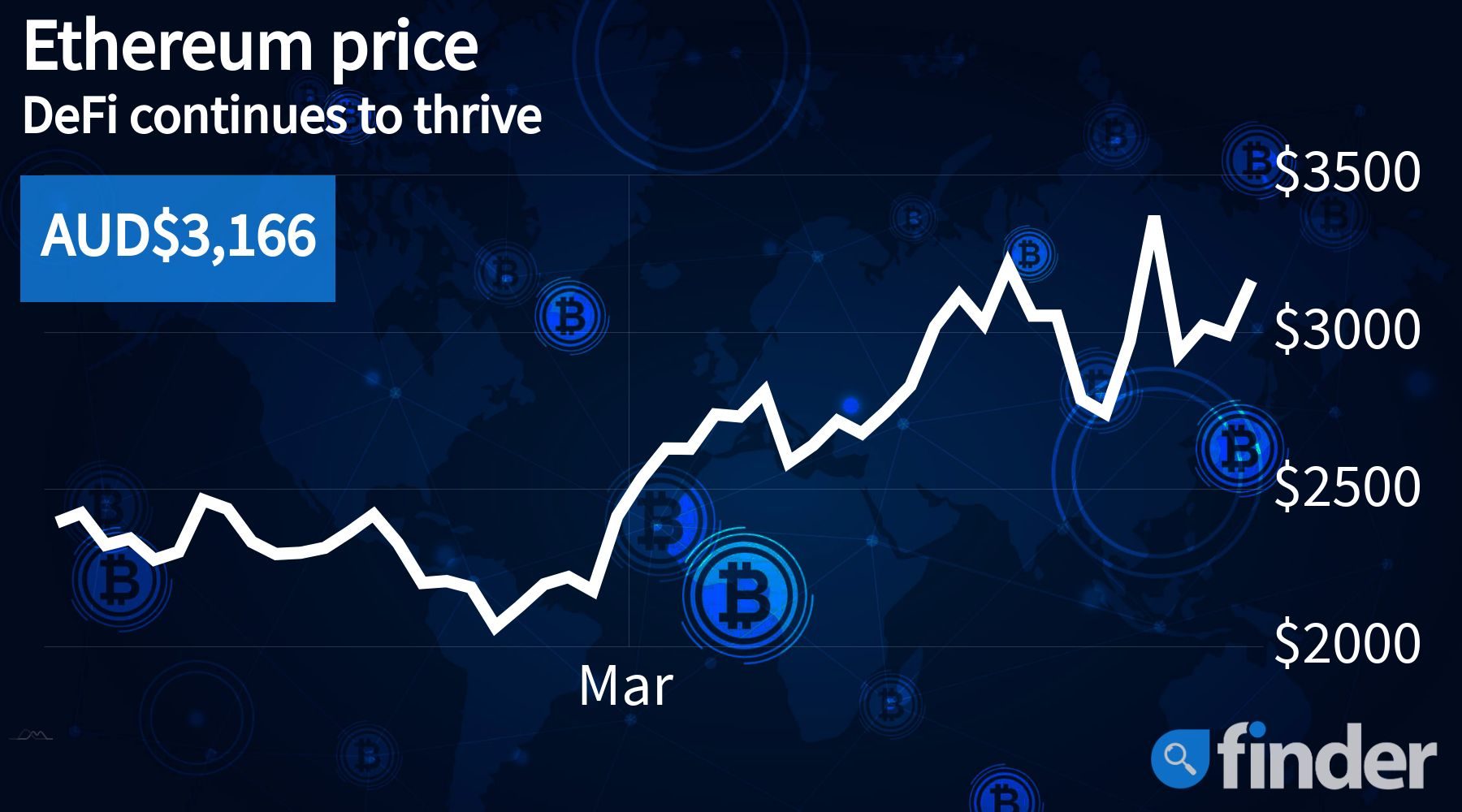 After falling to a relative low of AUD$2,765 over the course of the last 24 hours, Ether, the world's second largest cryptocurrency by total capitalisation, has continued to showcase an increasing amount of positive financial momentum, with the altcoin currently trading at AUD$3,170, thereby showcasing a daily profit ratio of around 10%.

As a result of its ongoing rise, Ether's total market dominance has continued to increase. In this regard, it bears mentioning that Bitcoin's dominance index recently slipped below 50% for the first time since January 2018, while Ether's grew to over 15%. Lastly, as can be seen from the chart above, Bitcoin's total market capitalisation percentage (a la dominance) has continued to decrease quite steadily since the start of the year – dropping from 70% to 50% between January and April. Over the same time window, Ether has seen its market hold increase from 11% to nearly 15%.

Not only that, during the previous seven-day haul, Ether has outperformed Bitcoin quite heavily. For example, while BTC is currently showcasing weekly losses of around over 7%, Ether is currently in the green, marking gains of nearly 10%.

The week gone by saw massive liquidations across the board, with the total market capitalisation of the cryptocurrency industry dipping from an all-time high of $2.89 trillion to just under $2.38 trillion within a matter of days. However, despite this dip, data available online seems to clearly suggest that transactions taking place across various decentralised exchanges (DEXs) have been on the rise.

As can be seen from the chart below, during the second and third week of April, the number of users – as well as monetary volumes – across all major DEXs dipped to relative lows only to rise once again over the course of the last 72-odd hours. Additionally, one can see that the uptick observed during the end of February and March can, in large part, be attributed to the rise of the non-fungible token (NFT) mania, which seemed to have dropped off quite significantly since the start of this month. It now remains to be seen what the future has in store for the crypto market.