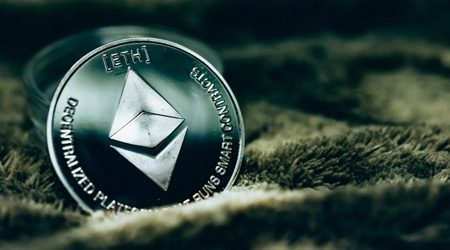 Ethereum held steady over the last seven days with rises early in the week lost before a slow recovery.

Ethereum has ended the last seven days of trading almost exactly where it started, producing a small gain of just 0.41%.

After trading at $470.25 a week ago, there seemed to be lots of optimism as traders came out, driving the price over the $510 level for the first time in about a month. But by the weekend the price had fallen steadily back to the mid $440 range before a small rally saw the price lift to around $465.

That's where things stayed until a small fall earlier today to around $455 before gaining another $20 to be trading at around $475 at the time of writing.

Trading volumes are generally down compared to what we were seeing a couple of months ago. Despite spending some time last week with 24-hour volumes around the $2.4 billion level, most of the time the level has been under $2 billion, falling below the $1.5 billion level while the price held steady between $456 and $470 earlier this week.

FXStreet paints an optimistic picture for ETH suggesting a break above the $520 resistance level will see Ethereum push on towards the $620 mark. But a fall below $435, which is a dip of less than 10% at current values, could see $420 or $380 come into play.

In other words, the value will go up unless it goes down.

That more or less agrees with the ETH analysis from NewsBTC. While it suggests a dip could see $150 come into play, its longer term analysis says $550 is more realistic and would usher in buyers who purchase at the dips while ETH holds at this level.

An interesting rumour that has since been refuted by Samsung suggested the Korean tech giant had entered into a partnership with Lithuanian blockchain startup CopPay. That exchange trades ETH which, if the rumour had been true, would have allowed people to use cryptocurrencies to purchase goods using ETH and other coins. But Samsung told The Next Web that the rumour was bogus and no partnership had been entered into.

At this stage, it seems that Ethereum is trading within a reasonably narrow band fairly consistently. The big questions are whether the price can break out from that band and what direction that break might take.