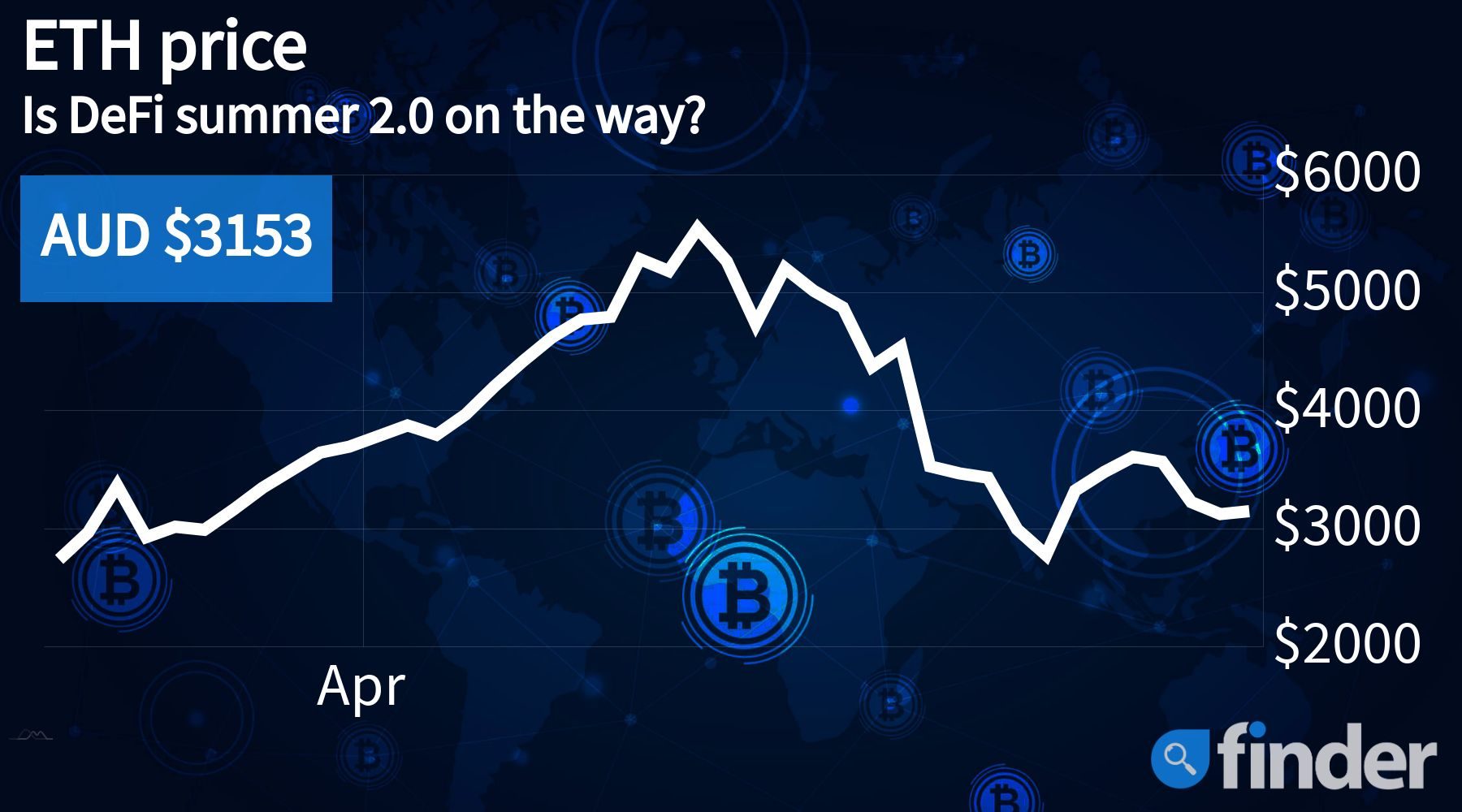 After dropping to as low as AUD$2,400 on 23 May, Ether forged a comeback of sorts, with the premier altcoin reclaiming a price target of AUD$3,750 in the 72 hours following the dip. However, since then, the digital asset has been on the receiving end of tremendous volatility, with the value of a single token currently hovering around AUD$2,980.

To gain a clearer perspective of what's causing all this turbulence, Eric Benz, board chair at DeFire, a smart order routing engine, told Finder that China's announcement that it will no longer be allowing companies, operating within its borders, to dabble with cryptocurrencies has definitely had a huge impact on the market, adding:

"When a country with 1.4 billion people limits access and trade in crypto, the industry is bound to be impacted. However, the markets are bouncing back - and fast - because blockchain is much more developed than it was in the past. We have real CBDCs out there in the real world, in the Bahamas, Cambodia, and even mainland China. NFTs are exploding everywhere. DeFi has billions in on-chain value locked into smart contracts."

Similarly, Daniel Peled, co-founder and president of Orbs, an Ethereum-based interoperable blockchain platform that was launched back in 2019, believes that contrary to what many people may believe, the market is still largely in the "green". "The ongoing innovation in the Ethereum ecosystem and the world of DeFi, and other indicators like hash rate and inflows vs. outflows, show we are still in a bull market."

Following Tesla's recent announcement that it would no longer be accepting BTC as a payment method for its various offerings, a number of investors across the globe initiated discussion pertaining to Bitcoin's carbon footprint and how the currency's mining was extremely detrimental to the planet's health in the long run.

In this regard, Ethereum co-founder Vitalik Buterin recently argued that Ethereum's upcoming transition to a proof-of-stake consensus mechanism was a one-stop solution to all of blockchain's energy consumption woes. Making an appearance at the StartmeupHK virtual conference, Buterin pointed out that even though proof of stake (PoS) is "still in its infancy and less battle-tested", once live, it will help reduce Ether's energy consumption anywhere between 1,000-10,000 times.

An Ether ETF to see the light of day?

After ETH and mutual fund manager VanEck filed an ETH ETF application with the United States Securities and Exchange Commission (SEC) earlier this month, WisdomTree Investments, a New York-based exchange-traded fund and exchange-traded product sponsor and asset manager, also announced that it was going to be following suit and pursuing a similar offering. As per filing made on 27 May, WisdomTree's ETF shares will be listed on the Chicago Board Options Exchange's (CBOE) BZX Exchange.

Last but not least, it should also be mentioned that the SEC is currently in the process of formally reviewing the Bitcoin (BTC) ETF applications submitted by a number of major mainstream entities including Fidelity and SkyBridge respectively. It will be interesting to see how the future of this space evolves in the coming months.