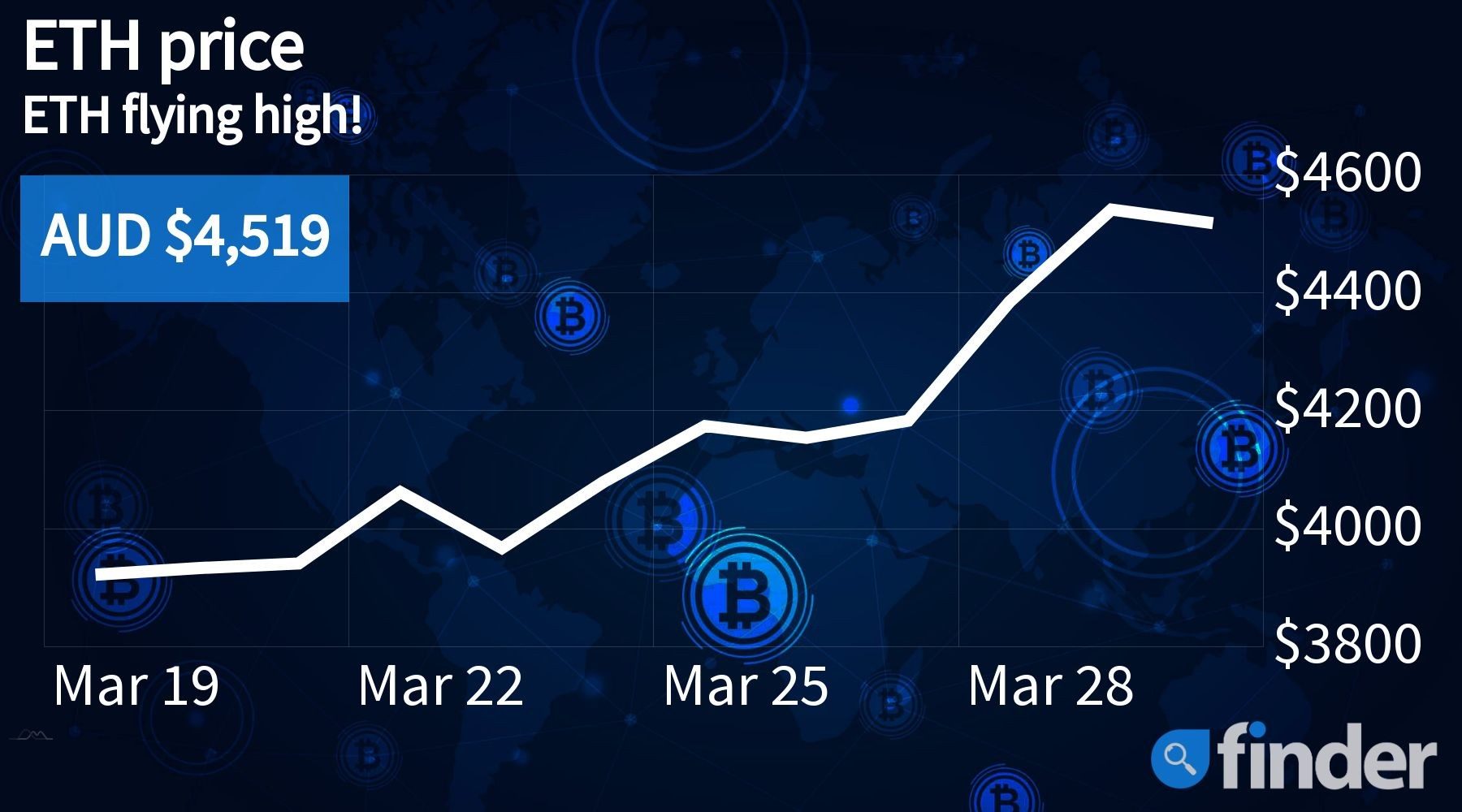 The last couple of weeks have seen around AUD$265 million worth of capital making its way into the cryptocurrency market.

Ethereum, the second largest cryptocurrency by total market capitalisation, is showing signs of a strong recovery after reaching a local bottom of AUD$3,300 (US$2,500) earlier this month. To elaborate, over the last 14-day stretch, the altcoin has seen its value increase by a whopping 28%, while trading at a current price point of AUD$4,450.

ETH's ascent seems to be stemming from the fact that inflows related to various crypto products are currently at a 3-month high, with a CoinShares report suggesting that investment products associated with digital assets witnessed a net deposit of AUD$260 million over the past week alone.

Furthermore, ETH's ongoing transition to a proof-of-stake (PoS) consensus model could also be playing a part in its ongoing boom, with the currency having recently completed a series of tests, including the important Kiln testnet implementation, to smoothen its above stated switch.

As per an official statement released on Axie Infinity's Discord channel, the project's Ronin bridge and Katana DEX have recently been on the receiving end of an exploit worth 173,600 ETH and 25.5 million USDC, estimated to be worth more than US$610 million (at current prices). In regard to the development, Axie's security team commented:

"[We] are currently working with law enforcement officials, forensic cryptographers and our investors to make sure that all funds are recovered or reimbursed. All of the AXS, RON and SLP [tokens] on Ronin are safe right now."

The Indian state of Maharashtra announced that it has on-boarded the services of blockchain firm Polygon to help it with its caste certificate issuance processes for the residents of Etapalli village, Gadchiroli district. The entire development comes as a part of the country's Digital India campaign and has been facilitated in conjunction with LegitDoc.

To elaborate on the development, the Maharashtra state government will be issuing a total of 65,000 caste certificates (for now), allowing recipients to make use of the government's various benefit schemes much more efficiently.

Demand for Cardano is increasing in 2022

According to statistical data released by analytics firm IntoTheBlock, the volume of "large transactions" taking place on the Cardano blockchain has risen by over 5,000% since the start of the year. In this regard, ADA transactions worth $100,000 have increased from 1.35 billion ADA per day to 69 billion ADA (estimated to be approximately AUD$108 billion) over the last 90-day stretch.

According to analysts, this increase clearly demonstrates "rising institutional demand" for the digital currency. For example, since 1 January, the number of ADA wallet addresses has risen from 3.4 million to 5 million, while the total value locked (TVL) across the ecosystem too has increased to its current levels of US$300 million, just a bit shy of its all-time high value of US$326 million that was achieved on 24 March.