Expert analysis: Ethereum price up 30% with further gains on the horizon 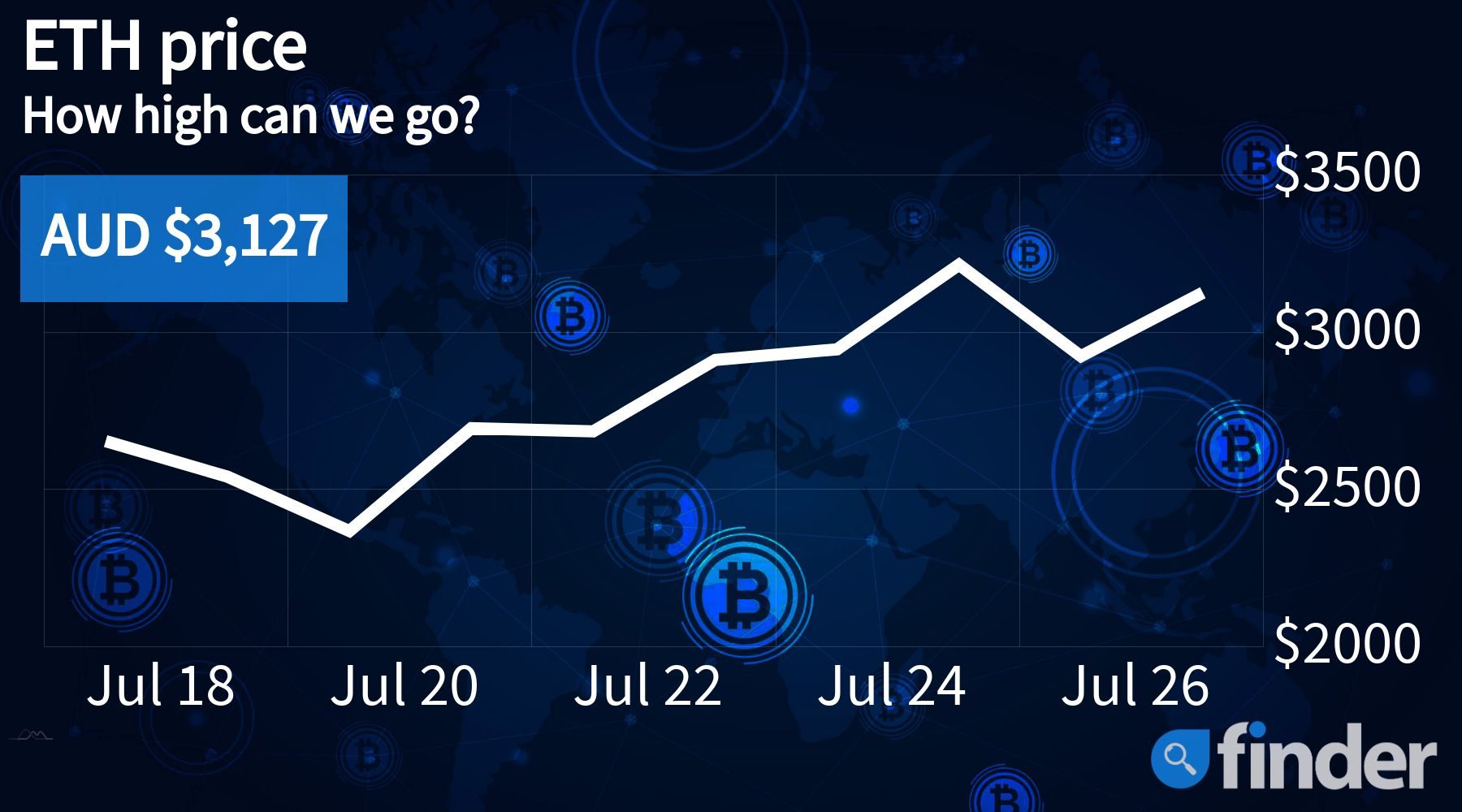 For over two months, Ethereum, the world's second-largest cryptocurrency by total market capitalization, had continued to be faced with an insane amount of bearish pressure. In fact, after scaling up to its all-time high value of AU $5,800 on May 12, ETH slipped as low as AU $2,400 over the course of the next 30-odd days. That being said, ETH is currently exhibiting a strong upward trend, currently trading at AU $3,120.

To get a better understanding of Ethereum's ongoing rally, Finder reached out to Sebastian Bürgel, Founder/President of HOPR, an open incentivized communication mix-net where users earn tokens for running nodes. In his view, ETH is already halfway through some of its most profound technical improvements ever, adding:

"Eth's price action seems to be following these developments. We now have multiple scalability solutions in production on top of Ethereum, the monetary supply of Ethereum will have a deflationary component for the first time, and we could still see the current Ethereum network being merged into ETH2. This would replace the currently wasteful mining with a much more efficient consensus mechanism, addressing environmental concerns which have been a hot topic in recent months."

On the matter, Antonio Vasquez, head of communications at Hermez Network, told Finder that Ethereum's EIP-1559 is likely driving some of the altcoin's ongoing bullish momentum. In his view, if prices can hold where they are, we'll have certainty that another bull market soon. He went on to add:

"The recent "The B Word" call between Cathie Wood, Jack Dorsey, and Elon Musk, where the latter confirmed his bullishness on Bitcoin, and the first Ethereum conference since the pandemic, the ETHCC, have restored the morale in both communities. Let's see where we go from here, but personally, I think the bottom is in."

Tokenized cats once again wreaked havoc on the Ethereum ecosystem after an NFT project — called Stoner Cats — that was launched by Hollywood A-lister Mila Kunis went live on the platform. The project garnered an insane amount of traction so much so that it sold out in a matter of just half an hour (approx.).

However, upon launch, ETH gas prices soared resulting in transaction rates between 200 Gwei (AU $13) for a slow txn and a sizable 709 Gwei (AU $47) for an instant one. It is worth mentioning that a similar scenario was also witnessed back in 2017 when another cat-based NFT project CryptoKitties ended up congesting the Ethereum ecosystem, resulting in gas rates soaring to unforeseen levels.

Popular trading card game Splinterlands has been able to raise a cool AU $4.9 million in proceeds after the successful conclusion of its private token sale. On a technical note, it should be pointed out that only 6.6% of the game's total token supply pool was utilized for the private sale, with buyers being required to undergo a 10-month vesting period. Some of the companies that took part in the fundraiser included well-established crypto entities including Enjin, Polygon, Gate.io, 3Commas Capital, Alpha Sigma Capital, amongst others.