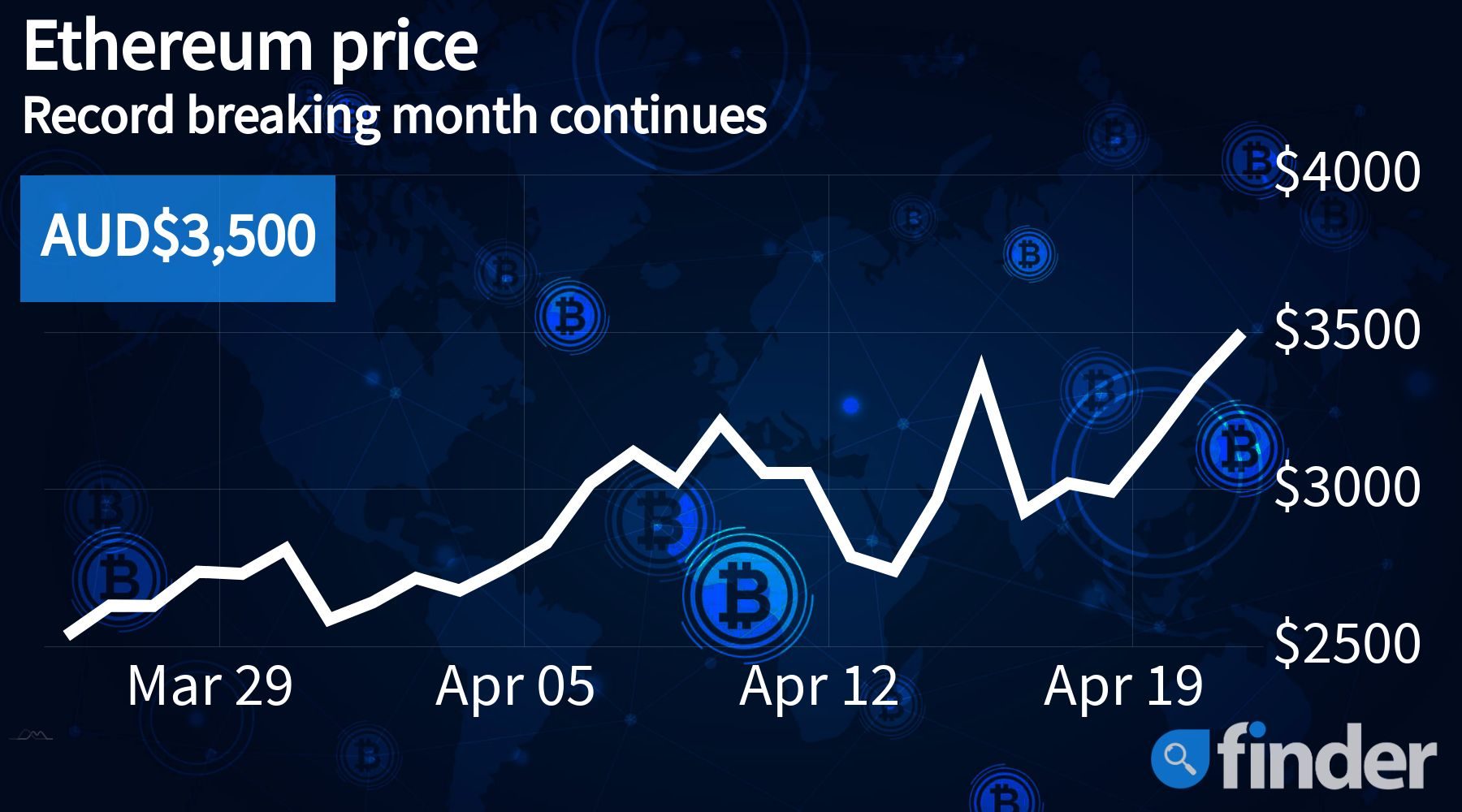 Over the last few weeks, ETH's value has surged by more than 15%, outperforming Bitcoin.

The last 24 hours have been quite positive for the cryptocurrency market as a whole, with all of the coins in the top 10 (by total market capitalisation) witnessing decent gains. In this regard, Ether recently hit an all-time high value of AUD$3,500 only to retreat back slightly. At press time, the premier altcoin is trading at $3,450.

"Ether is showing hints of the decoupling that the bulls had been talking about. BTC has been unable to hold a level anywhere near its all-time high of more than AUD$80,000 while ETH is showing signs of pushing through the AUD$3,230 resistance that has been holding it back. Once it does, we could see it head to $4,550 very quickly."

As Ether continues to surge and reach record levels with seemingly each passing day, a number of analysts believe that the altcoin's ongoing ascent can, in part, be attributed to the European Investment Bank's (EIB) decision to launch a "digital bond" using the Ether ecosystem.

As per reports, the EIB is looking to issue a two-year 100 million euro (AUD$156 million) digital bond, whose sale will be led by a number of prominent financial institutions including Goldman Sachs, Banco Santander and Societe Generale. In fact, just last week on 23 April, a spokesperson for Societe Generale announced that the company had issued a 100 million euro bond as a security token on the public Ethereum blockchain via one of its subsidiaries, Societe Generale SFH.

It is no secret that over the course of the last few months, the Ethereum network has been on the receiving end of a lot of criticism, especially in regard to its congestion and transaction fee-related issues. In this regard, following the recent "Berlin Hardfork", the average gas fee to facilitate transactions within the Ether ecosystem seems to have reduced to more manageable levels, resulting in increased trading across a number of popular decentralised exchanges including Uniswap and SushiSwap.

Lastly, as per a recent report released by crypto investment advisery firm Two Prime Digital Assets, Ether options open interest has grown by over 80 times in recent months. This is due to the fact that an increasing number of institutional players are now starting to look at ETH as a hedge against "outsized volatility events". Not only that, a similar growth spurt has also been witnessed by the ETH futures market, with data showing that open interest has increased by over 20 times in recent months.