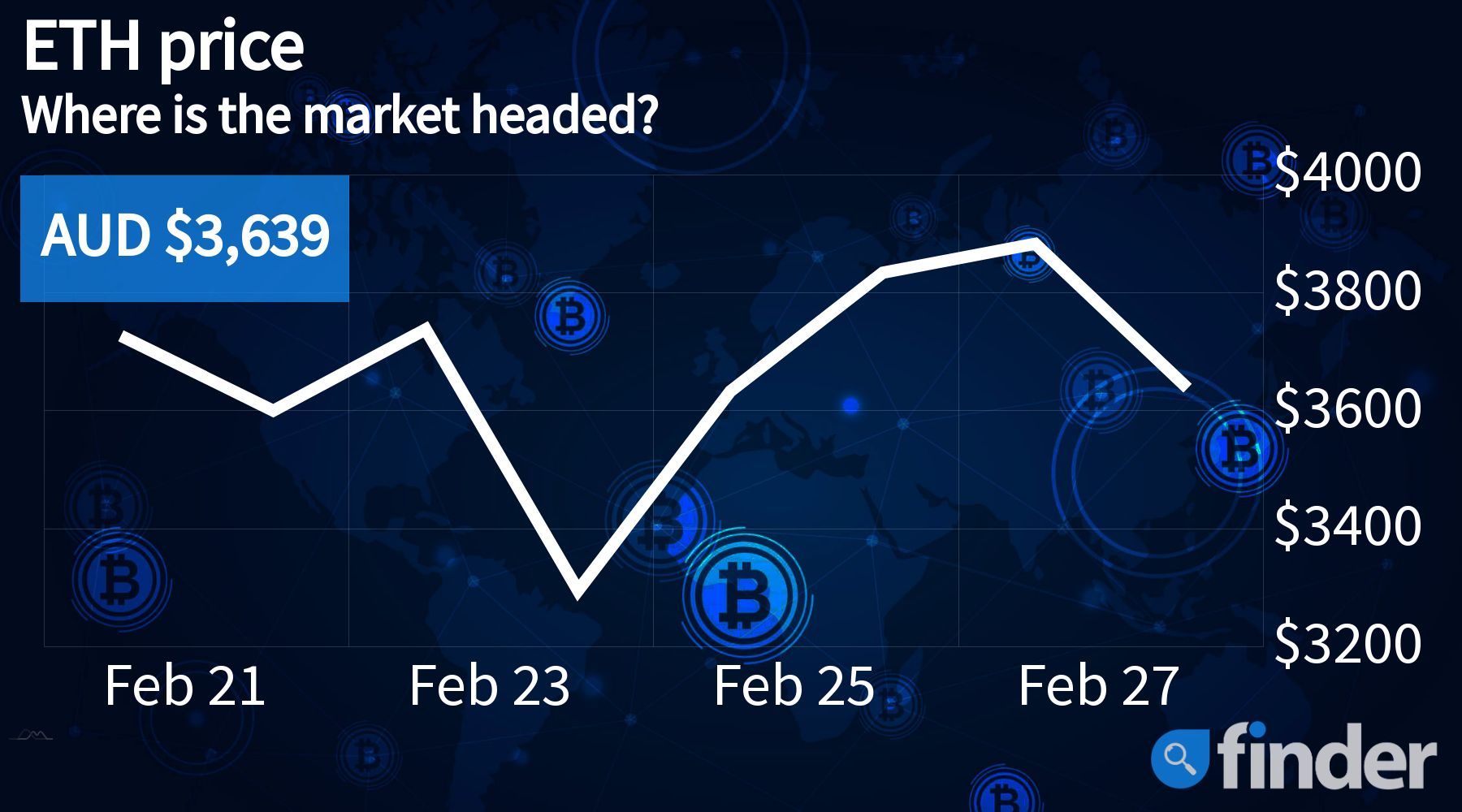 Ethereum, the world's second-largest cryptocurrency by total market capitalisation, has continued to stay in lockstep with Bitcoin, exhibiting a daily loss ratio of around 3.5% while staying in the green over the past week, albeit slightly. At press time, ETH is trading at a price point of AUD$3,652.

The crypto market – much like traditional sectors including stocks, commodities and equities – has continued to face a lot of bearish pressure due to mounting war tensions between Ukraine and Russia. In fact, with Ukraine reaching out to the global masses for monetary help via cryptos, ETH co-founder Vitalik Buterin recently stepped in to help out the eastern European nation.

Lastly, one of the biggest casualties of the ongoing market-wide bloodbath has been Mirror Protocol, a decentralised finance (DeFi) protocol devised atop the Terra blockchain. The platform's native cryptocurrency – MIR – witnessed a major drop to US$0.993 after having reached a local high of US$1.6 mid-Feb, representing a drop of over 40%. Over the past 24 hours, the digital asset has made a recovery of sorts, currently trading at a price point of US$1.34.

Ex-Goldman Sachs executive Roger Bartlett, who had been with the multinational since 2005, revealed earlier this week that he was quitting the firm and moving to Coinbase, one of the world's most prominent cryptocurrency trading platforms. As part of his new role, Bartlett will be handling the crypto giant's global financial operations alongside the company's chief financial officer Alesia Haas, president and chief operating officer Emilie Choi and vice president of institutional products Greg Tusar.

Over the past few months, a growing number of Wall Street execs have continued to make their way into the crypto realm, with Bartlett following in the footsteps of Gaurav Budhrani, another Goldman Sachs vet who recently became a part of digital-asset mining firm PrimeBlock as its CEO. Similarly, ex-Citibank head honcho Matt Zhang also quit his post recently to launch a crypto venture fund called Hivemind.

Japanese electronic commerce and online retailing giant has become the latest mainstream entity to enter the non-fungible token (NFT) sector by releasing its very own metaverse marketplace – dubbed Rakuten NFT. The firm had initially announced its plans regarding the same back in 2021 but had to delay its launch due to undisclosed reasons.

As per a representative for the firm, Rakuten's NFT marketplace will allow users to accrue a wide range of collectibles as well as afford intellectual property (IP) owners a simple means of devising their very own websites for issuing and selling NFTs.