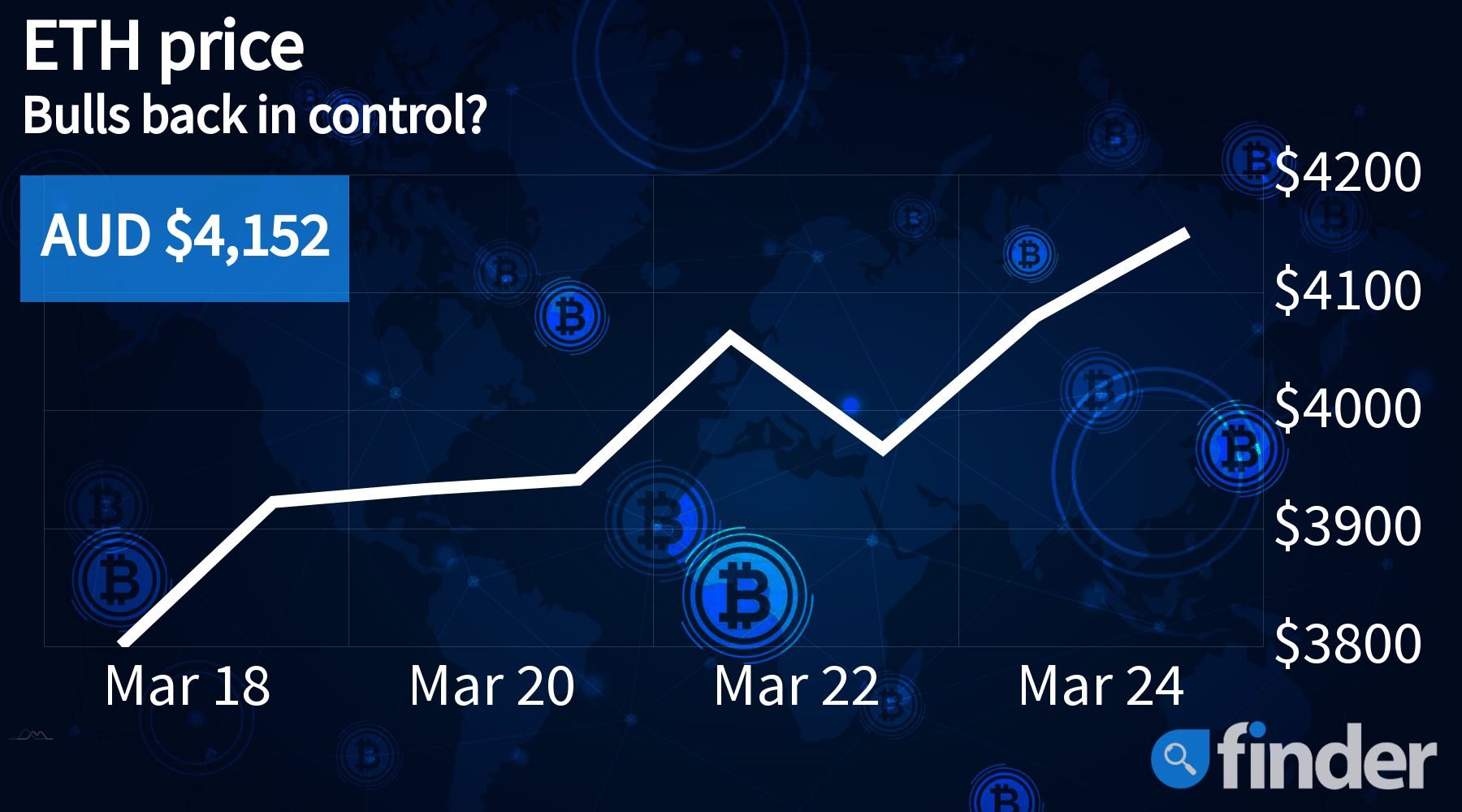 With leading asset manager BlackRock recently lending its support to the crypto market, the value of ETH has risen quite drastically.

Ethereum, the second-largest cryptocurrency in the market by total capitalisation, has been flying high in recent weeks. The altcoin has been able to register solid gains in excess of 18% between 11 and 24 March. At press time, ETH is trading at a price point of AUD$4,130.

The ongoing spike in ETH's value, which has seen the currency surge past the all-important US$3,000 psychological threshold for the first time in over a month, can be attributed to rising inflation fears and growing consumer interest in the crypto market.

For example, in a letter to his firm's shareholders earlier this week, Larry Fink, CEO of the world's largest asset manager BlackRock, noted that as global geopolitical tensions continue to escalate and inflation rates surge, more folks will most likely continue to turn towards digital assets.

From a macro perspective, it should be highlighted that markets across the board seem to be making minor comebacks. For example, Canada reported a 3.2% increase in its retail sales over the month of January, much higher than its market expectation of 2.4%.

The United Kingdom's consumer price index (CPI) — which serves as a good metric for gauging growing inflation — also came in at a multi-decade high of 6.2% year-over-year even though pundits had expected the metric to be at 5.9%.

ApeCoin (APE), the native crypto token associated with the BAYC ecosystem, has continued to forge a massive comeback over the last week or so. The currency's value exploded by more than 50% as a result of the NFT project raising US$450 million from venture capital firm Andreessen Horowitz. This brings its total valuation to a whopping US$4 billion.

To elaborate, over the course of 24 March alone, APE's value increased by approximately 8%, bringing the token's valuation to around AUD$19.30 per piece. In this regard, the currency's price is at just AUD$12.64 at the start of the week.

Infamous energy company Exxon Mobil is reportedly trying out a new program designed to utilise its excess energy produce — emanating from its gas rigs — to power its crypto mining operations. A report released earlier this week said that the multinational firm has already signed agreements with Crusoe Energy to harness excess gas from oil wells situated in North Dakota so as to operate its mining gear.

Exxon had launched a pilot program for the aforementioned idea back in Q1 2021 and is now looking to expand its scope to a number of countries, including Nigeria, Argentina, Guyana and Germany.