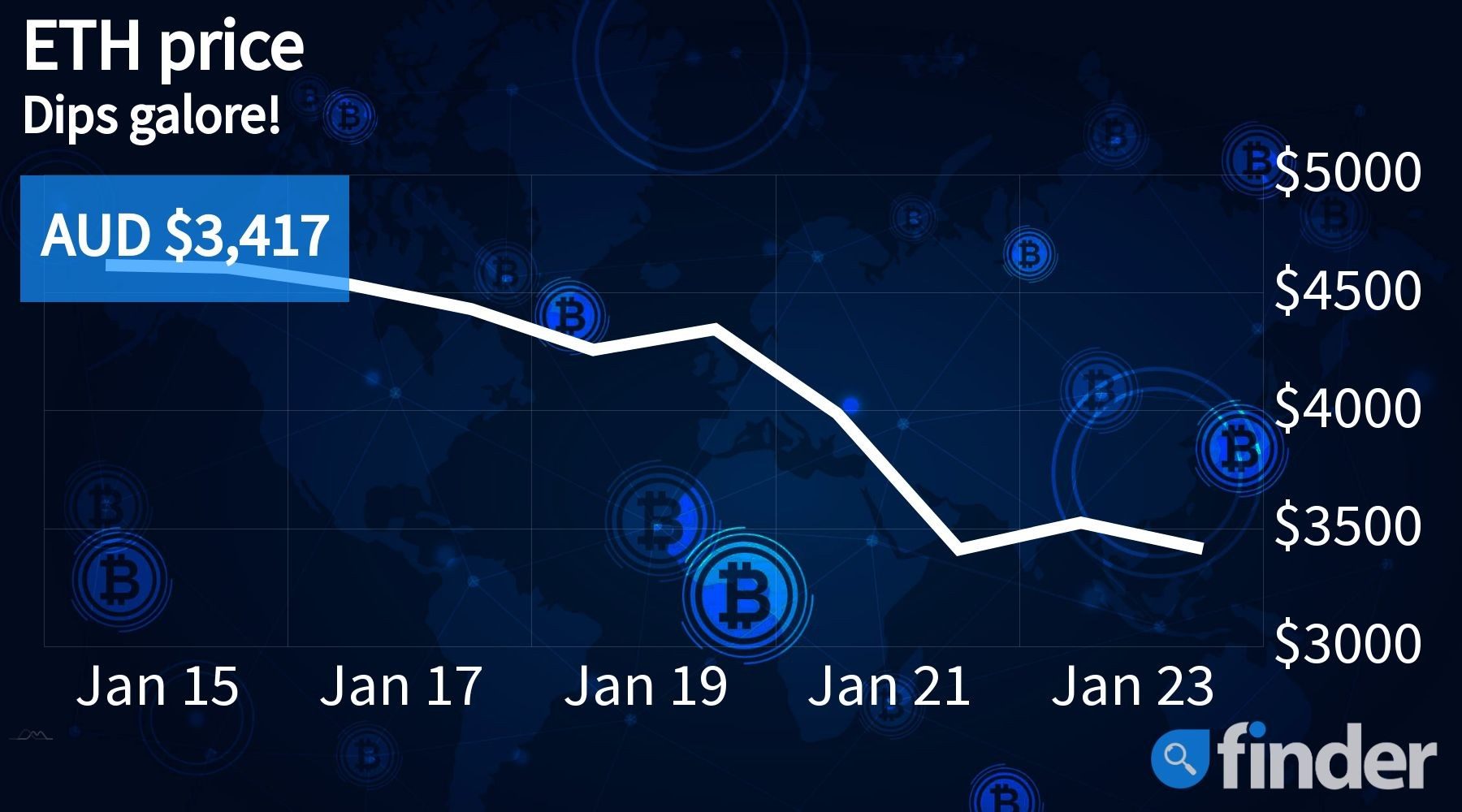 A number of key aspects related to the highly anticipated ETH2.0 transition – such as sharding implementation – have yet to be carried out.

Staying in line with the overall bearish outlook of the crypto market, Ethereum has been faced with constant trend reversals over the last 21-day stretch. As a result, the altcoin's monthly losses now stand at a whopping 40% with ETH currently trading at a price point of AUD$3,397 (US$2,439).

The ongoing volatility has been compounded by a host of developments, particularly the recently concluded Federal Open Market Committee (FOMC) meeting where chairman Jerome Powell noted that the Fed is looking to get its balance sheets in order by increasing interest rates in the near future. The Ethereum network has also continued to be faced with high transaction fees of around AUD$55 (US$40), making the ecosystem increasingly more unsuitable for smaller retail clients.

Also, co-founder Vitalik Buterin noted in a recent interview that Ethereum's highly anticipated upgrade to a proof-of-stake framework (labeled ETH2.0) was still only halfway done, something that came as a surprise to many since most people expected the transition to conclude by the end of the year.

Over the coming few months, the ecosystem will see improvements being made to its "Merge" and "Surge" modules as well as witness the implementation of a "sharding" mechanism that will allow the platform to become more efficient. That said, Ethereum's adjusted TVL has only dropped by a little over 15% since the altcoin scaled up to its all-time high of US$4,900 last November.

As the global decentralised finance (DeFi) market continues to grow and mature seemingly every passing month, 1 project that has witnessed a massive growth in its TVL is MetisDAO.

The platform is designed to serve as a layer-2 roll-up, allowing users to seamlessly switch their biz apps from a Web 2.0 to a Web 3.0 environment. It also enables Ethereum users to significantly lower their incurred gas fee costs and reduce their transaction processing times.

The project has witnessed a growth of nearly 100,000% over a span of just 30 days, especially after it came to light that it had integrated its native operational framework into a wide array of popular DeFi protocols and cross-chain bridges.

Cardano recently saw the launch of its first DEX app SundaeSwap, resulting in the price of its cryptocurrency ADA surging by over 50% within a matter of days. However, it has now come to light that since going live, SundaeSwap has continued to frustrate users by causing the Cardano network to be faced with rising issues of congestion, system errors and failed transactions.

It will be interesting to see how founder Charles Hoskinson and company continue to deal with such problems, especially since Cardano has been hailed by many as a premier alternative to Ethereum.