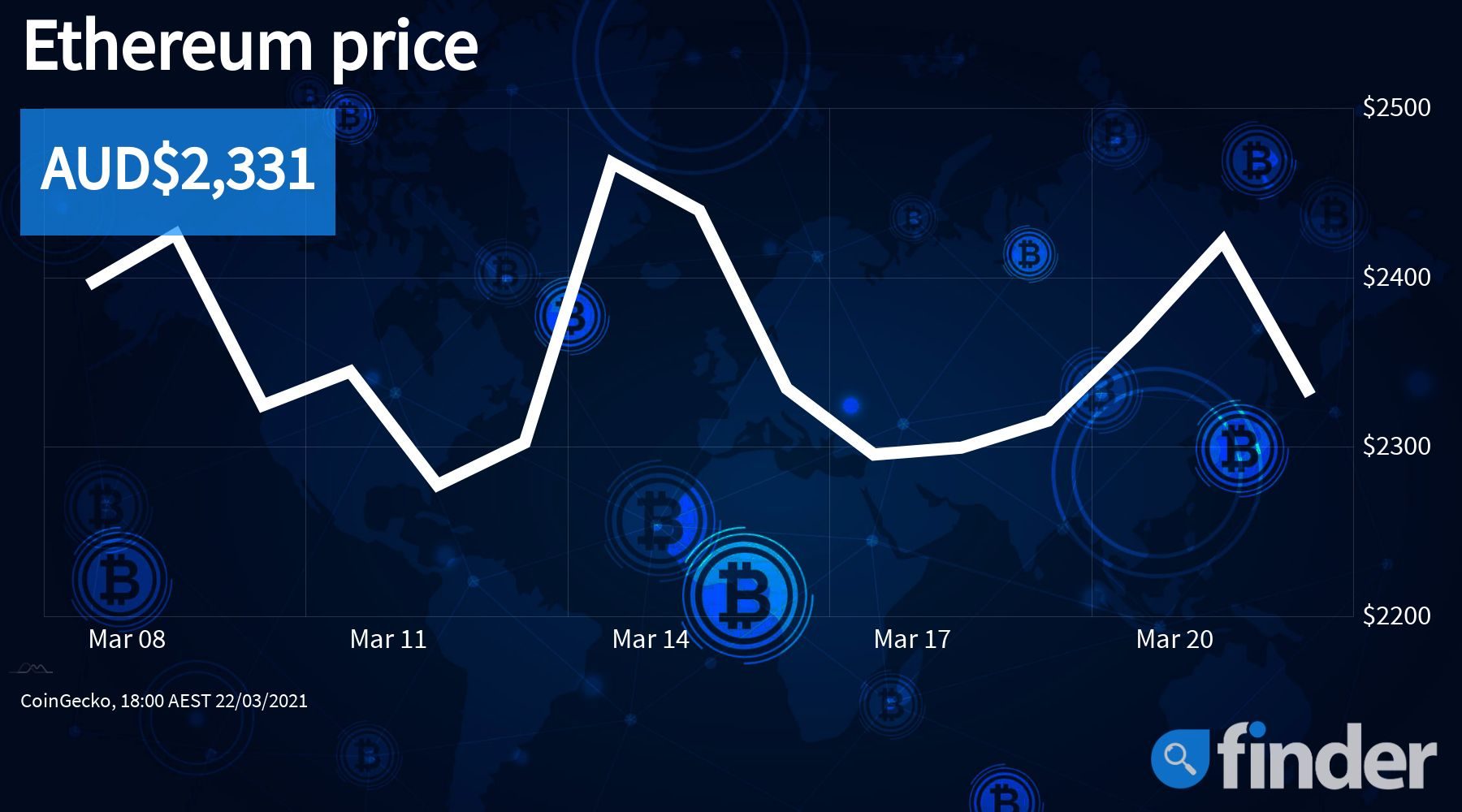 The volume of ETH flowing into the DeFi space has continued to soar since January, with the number rising by nearly 30% between Jan 8 and March 21.

Over the course of the last couple of weeks, Ether, the world's second-largest cryptocurrency by total market capitalization has continued to consolidate and display an increasing amount of strength around the $2,350 threshold. In this regard, during the last 14-day trade cycle, the premier crypto has showcased gains of 3%. At press time, ETH is trading at AUD$2,300.

In terms of the interest being witnessed by the digital asset, data available on DefiPulse suggests that the total value of ETH flowing into the decentralized Finance space is still continuing to increase, albeit a bit more gradually when compared to previous months. As per the chart above, one can see that the total volume of ETH flowing into various DeFi protocols has risen quite considerably over the last 60-days — rising from 7.43 million ETH to 9.32 million ETH — thereby showcasing a growth of over 20%. This trend is most likely to increase in the near term, especially as the NFT craze continues to grow.

Furthermore, it should also be pointed out that the total value locked (TVL) in the DeFi market has somewhat stagnated — primarily because the metric is directly linked with ETHs dollar value. At press time, the space has currently a total of AUD $56.79 billion locked into it, down from its all-time high of $59.60 billion that was achieved over a week back on March 14.

Stagnation trend to continue for Ether?

To gain a better insight as to whether ETH will continue to showcase further monetary stagnation, Finder reached out to Sam Tabar, co-founder of Fluidity (creators of AirSwap) and former head of Capital Strategy of Bank of America - Merrill Lynch. In his view, a short-term correction and general stagnation of Ether over the next weeks can certainly be expected. He further opined that the currency has benefited largely from a global bull market that has been witnessed over the past few months but has done little on its own to explain its price movements, adding:

"ETH has failed continuously to reduce gas fees and fix its scalability issues, pushing many to look for alternatives like Cardano. This being said, I'm extremely optimistic about Ether's future and am betting on a rally come summer. Investors are excited about two major upcoming developments: Optimism rollups and EIP 1559. If done properly, the first should largely help with the network's scalability issues and appease the majority of Ethereum critics."

As a quick refresher, EIP 1559 will decrease the supply of Ether by burning tokens every time it's used as fuel, lowering fears of inflation and boosting confidence in the network. The update will also provide users with an average price for fuel fees and make ETH the only payment method for these transactions.

As highlighted by Finder earlier, the aforementioned EIP also seeks to reduce miner fee greatly, something which Tabar believes is something to keep a lookout for, especially as fears of growing friction between Ether's dev and mining community continue to increase. He added:

"Ehereum miners aren't happy about this change, and I'd expect resentment to grow over the next few weeks. There are rumors of a strike come April 1st, so we will have to see how Ethereum developers handle the animosity."

What does the future hold?

Even if the deployment of Optimistic Rollups and EIP 1559 get delayed, it stands to reason that Ether investors may still continue to be bullish on the altcoin, especially as stablecoins and NFTs — that are some of the biggest sectors within the existing digital currency landscape— continue to skyrocket in popularity.

Also, it is important to bear in mind that the Ethereuem ecosystem is best viewed as an economy, not just a store of value like Bitcoin. The network itself may need to be more proactive regarding its issues, but as long as use cases keep growing, investor interest will remain. Tabar believes Ethereum has traditionally been a safer investment than Bitcoin and will remain popular within the institutional sectors in the near future.

In terms of where Ether's value may be heading in the coming few weeks, Sidharth Sogani, CEO and co-founder of CREBACO, a blockchain intelligence firm, told Finder that contrary to many who believe Ether is floating above its actual price target, the currency is actually undervalued and is likely bound to rise higher in the short term, adding:

"Ether is undervalued but is stable. Mostly due to the pressure, it is receiving from BTC and the existing market. If BTC goes above AUD $76-78k I'm seeing ETH at $2,910 easily. Conversely, it could slip down to AUD $2,000 expected if BTC corrects."

When asked about whether rival chains like Cardano and Polkadot can "steal Ether's thunder" especially as rising network issues continue to plague the currency, Sogani opined that these projects will have to compete amongst themselves first before even being considered in the same breath is ETH. "All of these other chains are too nascent. Eth is expensive but has great network value which others have not yet achieved," he added.

On the subject, Tabar too shares a similar outlook. In his view, while Cardano and Polkadot are credible projects with a lot of potential, it's too soon to label them as any sort of threat to Ethereum, adding:

"The majority of companies utilizing smart-contracts will continue to rely on Ethereum and I don't see this changing in the near future. Ethereum is the most tested smart contract chain and has institutional interest. Hashgraph is also interesting. It's more than likely that all these networks will coexist over the next years, specializing in different services."

Lastly, while Cardano is an extremely worthwhile project and is backed by experienced leaders such as Charles Hoskinson, one of Ethereum's co-founders, it bears mentioning that it still has yet to fully develop its smart contracts, with the same also holding true for Polkadot. Thus, it will be interesting to see how the altcoin space continues to grow and evolve in the coming few months and years.