Expert analysis: Despite Ethereum’s latest dip, it can still reach AU $4k in the near term 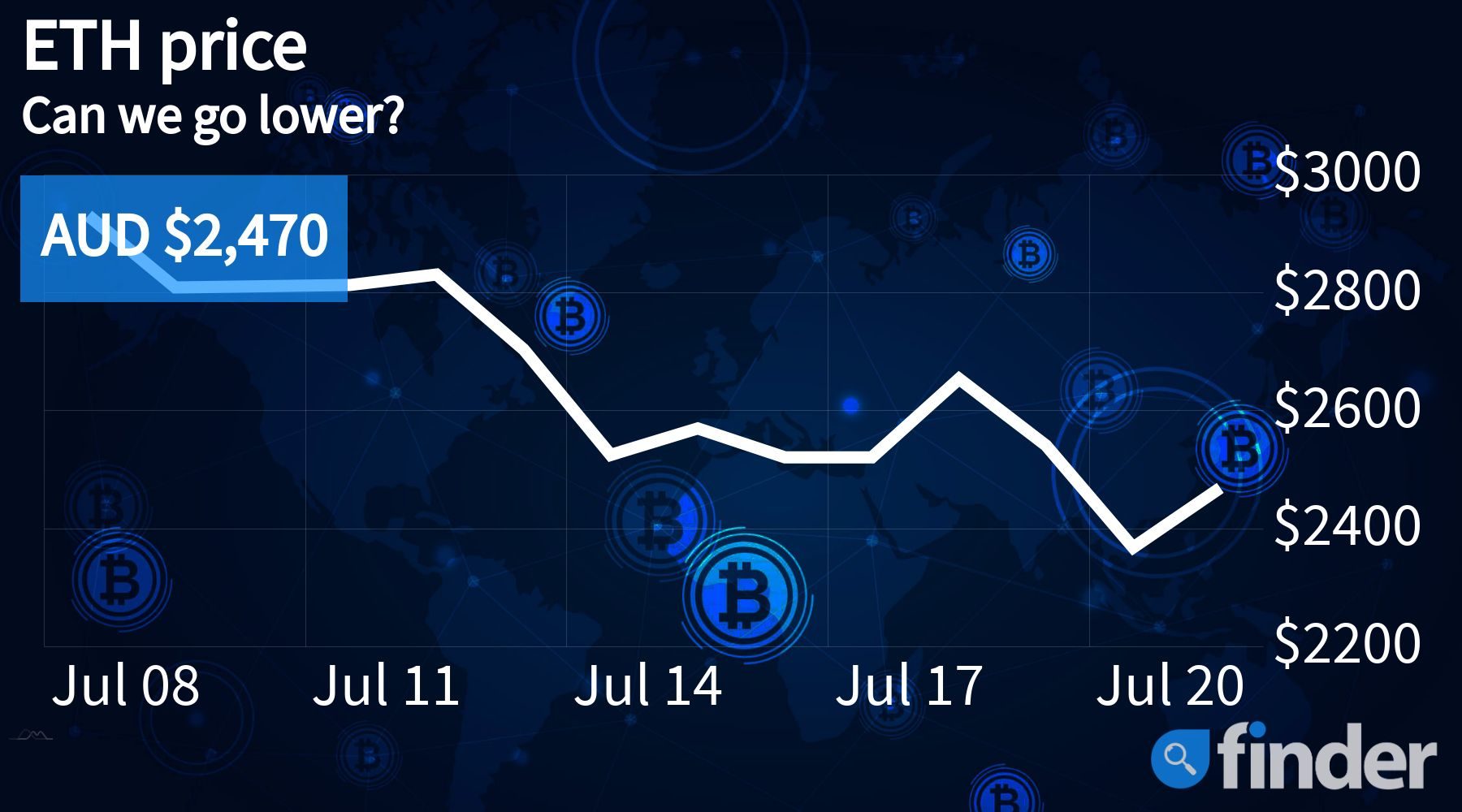 Despite the much-anticipated London Hardfork finally going live after months of delay, Ethereum has continued to struggle and is currently showcasing bi-weekly losses in excess of 22%. Also, even after briefly reclaiming the AU $2,700 psychological barrier on Sunday, the premier altcoin's monetary momentum has continued to weaken, currently trading at a little over AU $2,450.

This latest plunge seems to have come in the wake of Ethereum's co-founder Anthony Di Iorio announcing his exit from the crypto market citing reasons of individual privacy and safety as being the primary drivers for his move. Di Iorio, who presumably holds a sizable sum of ETH, recently told a major media outlet that he is planning to liquidate his entire crypto stash soon (without laying any reference to ETH in particular). He further added:

"[Crypto is] really a small percentage of what the world needs. I want to diversify to not being a crypto guy, but being a guy tackling [real world] complex problems."

In regard to what may lie ahead for the premier altcoin, Konstantin Anissimov, executive director for cryptocurrency exchange CEX.IO, believes that despite the ongoing dip — which can, in part, be attributed to the US Federal Reserve's decision to add more than $8 trillion to its balance sheets since March 2020 — there is a real possibility that Ethereum could rise up to a AU $4,000 price target in the near future.

Prominent ETH dev back in prison for violating bail terms

According to emerging media reports, Ethereum developer Virgil Griffith has violated the conditions of his bail by allegedly accessing his crypto wallet. As a result of this misdemeanor, Griffith may have to go behind bars for a period of 60-odd days.The order was issued by the U.S. District Judge P. Kevin Castel who will also most likely preside over Griffith's hearing that is scheduled to take place later this year in September.

As a quick recap, Griffith has been charged with conspiracy to violate sanctions with North Korea, as a result of which he faces a sentence of upto twenty years (given that he is found guilty).

Though Ethereum's price action continues to be a source of worry for many investors across the globe, the project's mainstream adoption has not slowed down one bit. In this regard, it bears mentioning that digital asset service provider Crypto.com recently launched the testnet for its Ethereum Virtual Machine (EVM) chain referred to as 'Cronos'.

The goal of the project is to help provide developers the power to migrate projects to and from the Ethereum ecosystem (as well as other EVM-compatible chains) to the Crypto.org ecosystem, essentially providing users with seamless access to the budding DeFi market.