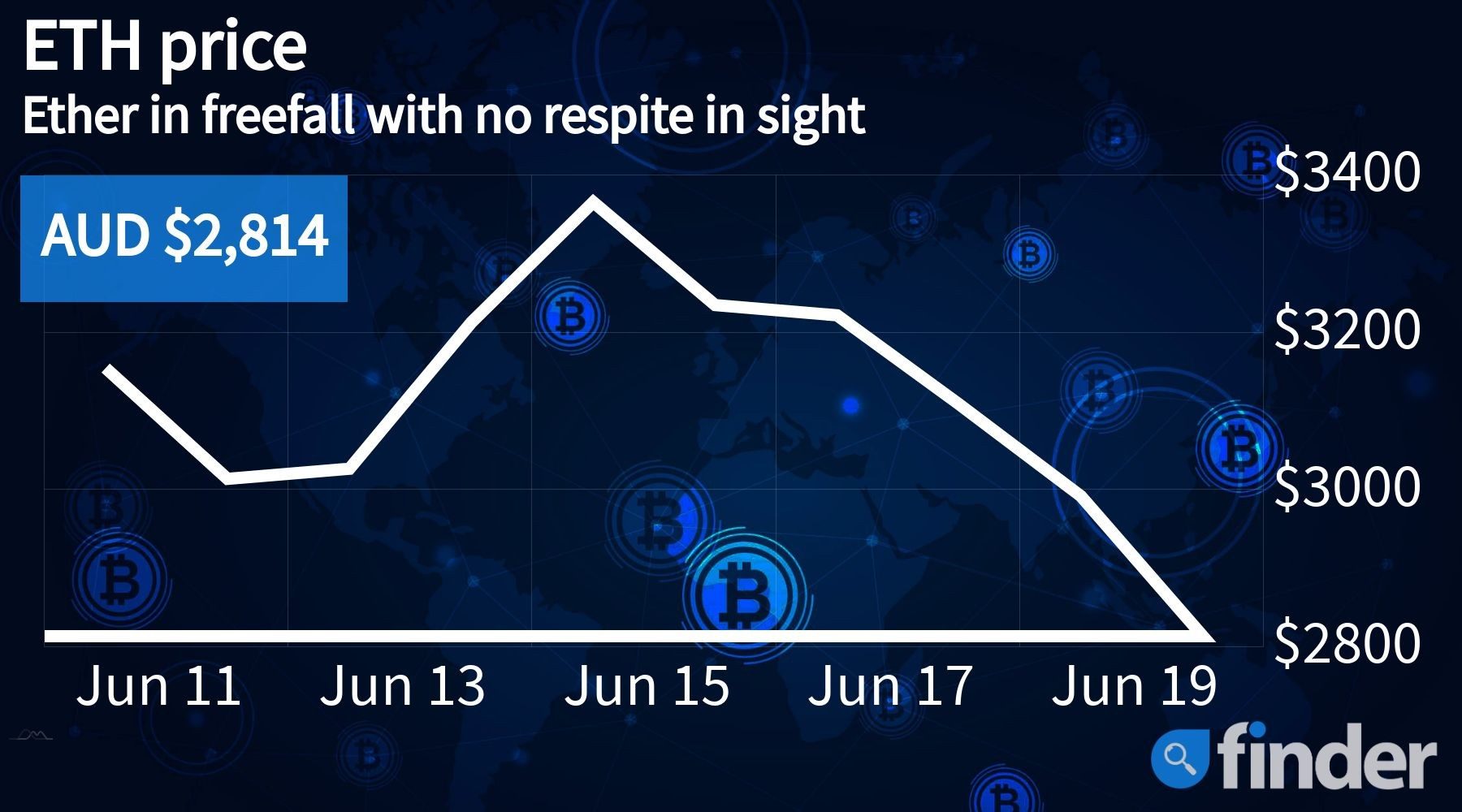 Crypto bull and ex-hedge fund manager Mike Novogratz still believes ETH can scale up to a price point of AUD$6,500 in the near-to-mid term.

For a better portion of the last 30 days, Ether's value had continued to consolidate and stabilise around the AUD$3,350 region, leading many to believe that the worst of the ongoing negative downward momentum was finally over. However, over the course of the last 72 hours, the market at large has been faced with an increased amount of bearish pressure, forcing ETH to dip quite drastically once again. At press time, the second largest cryptocurrency in the world is trading just under AUD$2,700.

Providing his thoughts on Ether's recent stagnation as well as near term outlook, Kadan Stadelmann, CTO for Komodo, a blockchain solutions provider, told Finder that one possible explanation for ETH's increased dormancy could be related to its uncertainty surrounding a possible revolt among Ethereum miners, adding:

"If 51% of miners disagree with the London hard fork, it could cause a worse-case scenario where Ethereum splits into two separate blockchains, creating a new coin that might be a rival to Ether. This is something that isn't out of the question, as it has been really common on the Bitcoin network over the past years with Bitcoin Cash, Bitcoin Diamond, and others."

He went on to state that if the highly anticipated "London Hardfork" – which contains many EIPs including EIP 1558 – is successful, it could lead to higher prices for Ether (for 1 of 2 reasons). "First, there will be increased certainty around the future of the network and its move to Proof of Stake. Second, the hard fork will reduce block rewards to make Ether a deflationary asset," Stadelmann closed out by saying.

In a recent interview with Galaxy Digital CEO Mike Novogratz, the ex-hedge fund manager was asked about ETH as well as the cryptocurrency market in general. While the conversation was varied in its overall content, Novogratz did state that thanks to the growth of the decentralised finance (DeFi) space as well as the non-fungible token (NFT) market over the last year, Ether's price momentum has and may continue to remain "quite wild".

When asked about where he believes ETH could potentially rise to in the near-to-mid term, he added: "You know, it's dangerous to give predictions on the highs. But could it get to US$5,000? Of course it could."

Just a little over a week ago, banking giant Goldman Sach's had one of its confidential reports leaked in which a spokesperson for the institution claimed that Ether currently holds a very good chance of replacing Bitcoin as the crypto ecosystem's dominant store-of-value (SoV).

In closing, it should be mentioned that come 25 June, ETH will be faced with its largest ever "options expiry", with approximately US$1.5 billion out of US$3.3 billion notional open interest (OI) in ETH options expiring on the said date. To be a bit more specific, the expiry has over 638,000 ETH options contracts in its purview, which works out to nearly 45% of the TOI (total open interest) associated with these options.