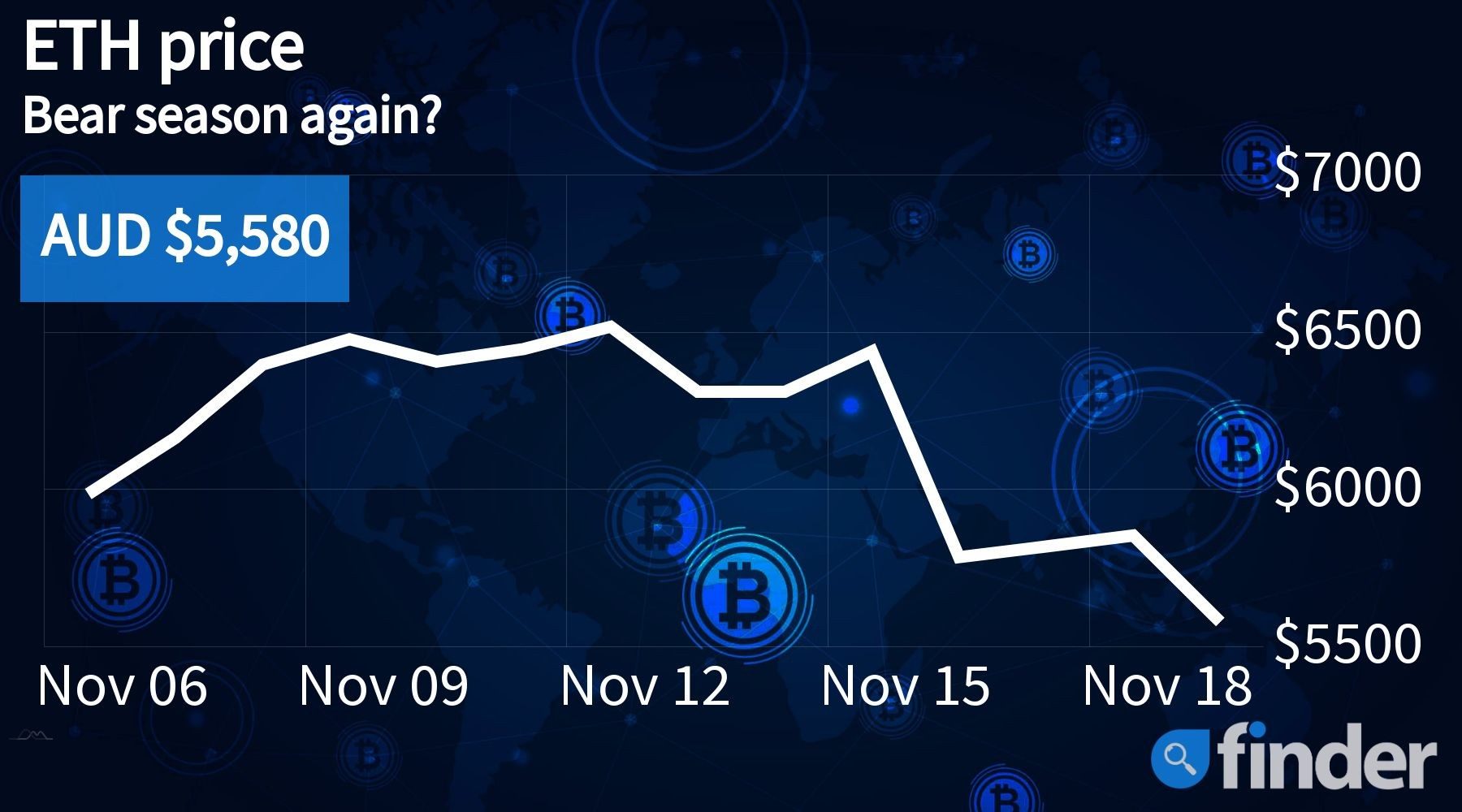 The volatility pervading the market has caused ETH to drop more than 14% of its value over the last 7 days.

The last 24 hours have been tumultuous for Ethereum, to say the least, with the second-largest cryptocurrency in the market by total capitalisation losing nearly 6% of its value. At press time, ETH is trading at a price point of around AUD$5,500.

In terms of what the future may hold for Ethereum, the flagship altcoin seems to be closely mirroring the price action of Bitcoin, with the latter having lost nearly 7% of its value since yesterday. However, analysts believe that ETH has continued to showcase strong technicals and, therefore, a rebound in the near term may be on the cards.

That said, with US$550 million (AUD$755 million) worth of ETH options set to expire on 19 November, a mountain of derivatives data is pointing at the fact that a further slip in price may be witnessed in the near term, especially as bears continue to apply pressure on ETH so as to keep its price down (i.e. under the $4K zone).

The volatility seems to be compounded by regulatory uncertainties surrounding the market, with the New York Attorney General's office recently issuing a "cease and desist" order against 2 exchanges operating within the region. Not only that, earlier this month, the President's Working Group on Financial Markets (PWG) released a study claiming that more regulations are needed to govern the fast-evolving stablecoin sector (which has largely been built atop the Ethereum network).

An Australian developer recently launched an online NFT repository called The NFT Bay, which comes replete with the JPEG versions of almost every popular NFT in existence today – but not the blockchain-secured token itself, for obvious reasons. Since going live a little less than 24 hours ago, the website has already been able to accrue more than 1.2 million hits.

In terms of its outlay, the website uses the exact same logo and design as the one used by the now-defunct torrent website Pirate Bay, where users could go to download a vast array of digital content ranging from pirated films, video games, etc.

Earlier this week, the US Congress passed a bipartisan infrastructure bill that was signed into law by President Joe Biden. The bill proposed the tracking of digital currency transactions worth more than US$10,000, but failed to outline a number of key technicalities pertaining to the reporting of one's crypto taxes, leaving many investors confused. That said, house representatives Patrick McHenry and Tim Ryan have now introduced the Keep Innovation in America Act, which seeks to correct this issue and make the reporting of crypto transactions more streamlined and hassle-free.