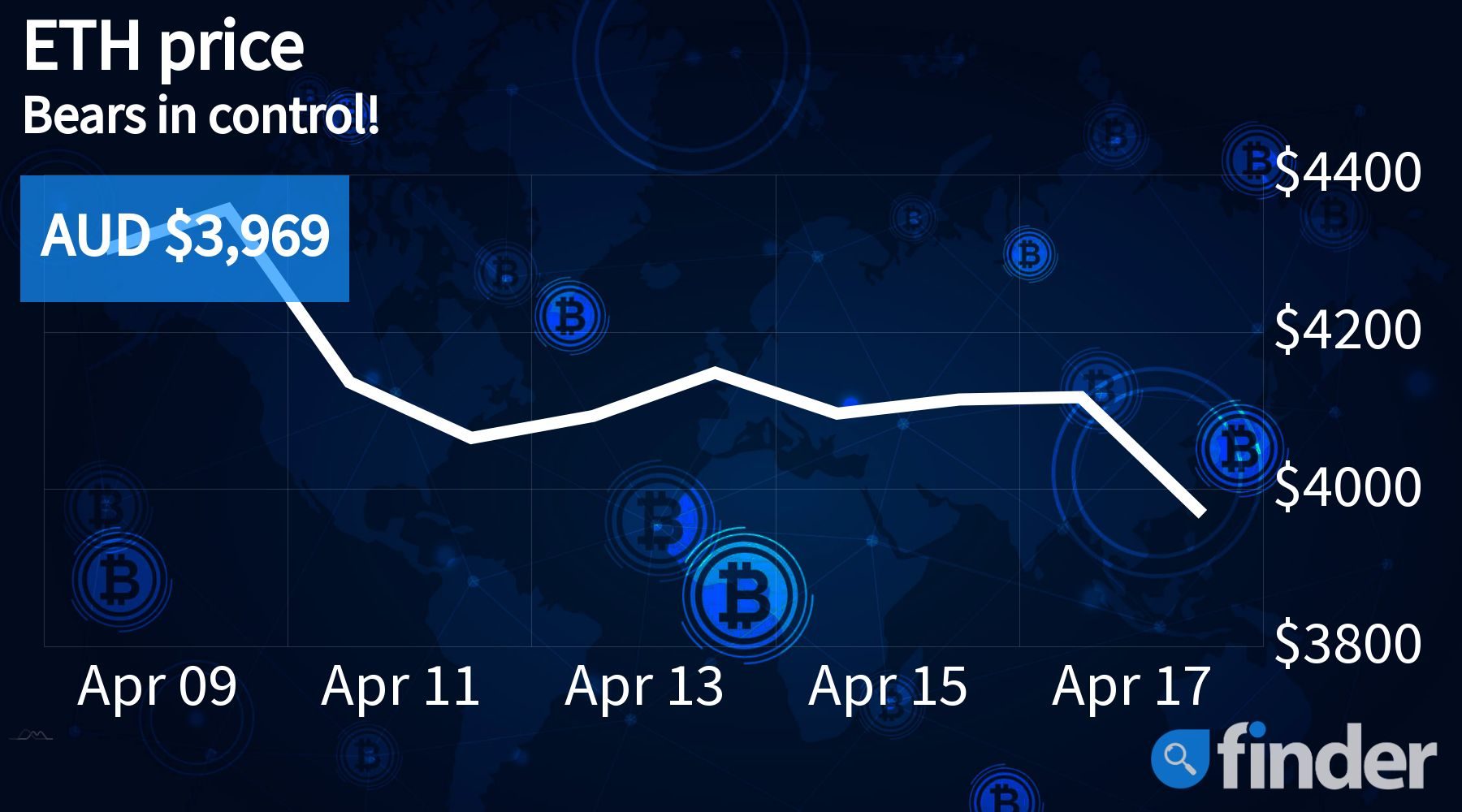 Despite rising retail and institutional adoption across the altcoin landscape, ETH's value has continued to remain quite shaky.

Ethereum, the world's second-largest cryptocurrency by total market capitalisation, has failed to find support above the all-important AUD$4,000 (US$3,000) psychological threshold, resulting in the altcoin showcasing fortnightly losses of approximately 15%. At press time, ETH is trading at AUD$4,052.

Similarly, Asian crypto payments firm Nium also released an API solution in conjunction with BitPay, allowing users to start buying and selling everyday products via the use of digital currencies.

Following last week's rally that saw the price of Dogecoin (DOGE) increase quite substantially — thanks in large part to Tesla CEO's offer to buy out Twitter entirely — the wildly popular memecoin has started to show signs of monetary weakness. DOGE's value has dipped by approximately 7% over the last 7-day stretch.

As per many pundits, the currency's emerging technical patterns suggest that the coming few days could see Dogecoin slip even further, potentially registering losses in excess of 30%.

Tether and Bitfinex CTO Paolo Ardoino stated in an interview that despite more USD-pegged stablecoins entering the crypto market in recent months, USDT remains the gold standard of what this niche has to offer. "If you see the volumes of Tether compared to the rest of stablecoins, they are insanely higher. They are even 10 times higher on a bad day," he pointed out.

Statistical data from Arcane Research shows that USDC, the world's second-largest stablecoin offering, has also been growing at an exponential rate over the last 12 months. It has the potential to overtake Tether as far as market capitalisation goes.

After it came to light that ex-Federal Reserve Board governor Sarah Bloom Raskin withdrew her name from the nomination fray, President Joe Biden revealed that he plans to introduce Michael Barr as the Fed's vice chair for supervision. Barr has previously worked for the Obama administration and is currently a law professor at the University of Michigan. He was also on the advisory board from 2015 to 2017 for Ripple Labs, the company behind the controversial cryptocurrency XRP.