Can Ethereum escape its scaling issues to break through US$2000? 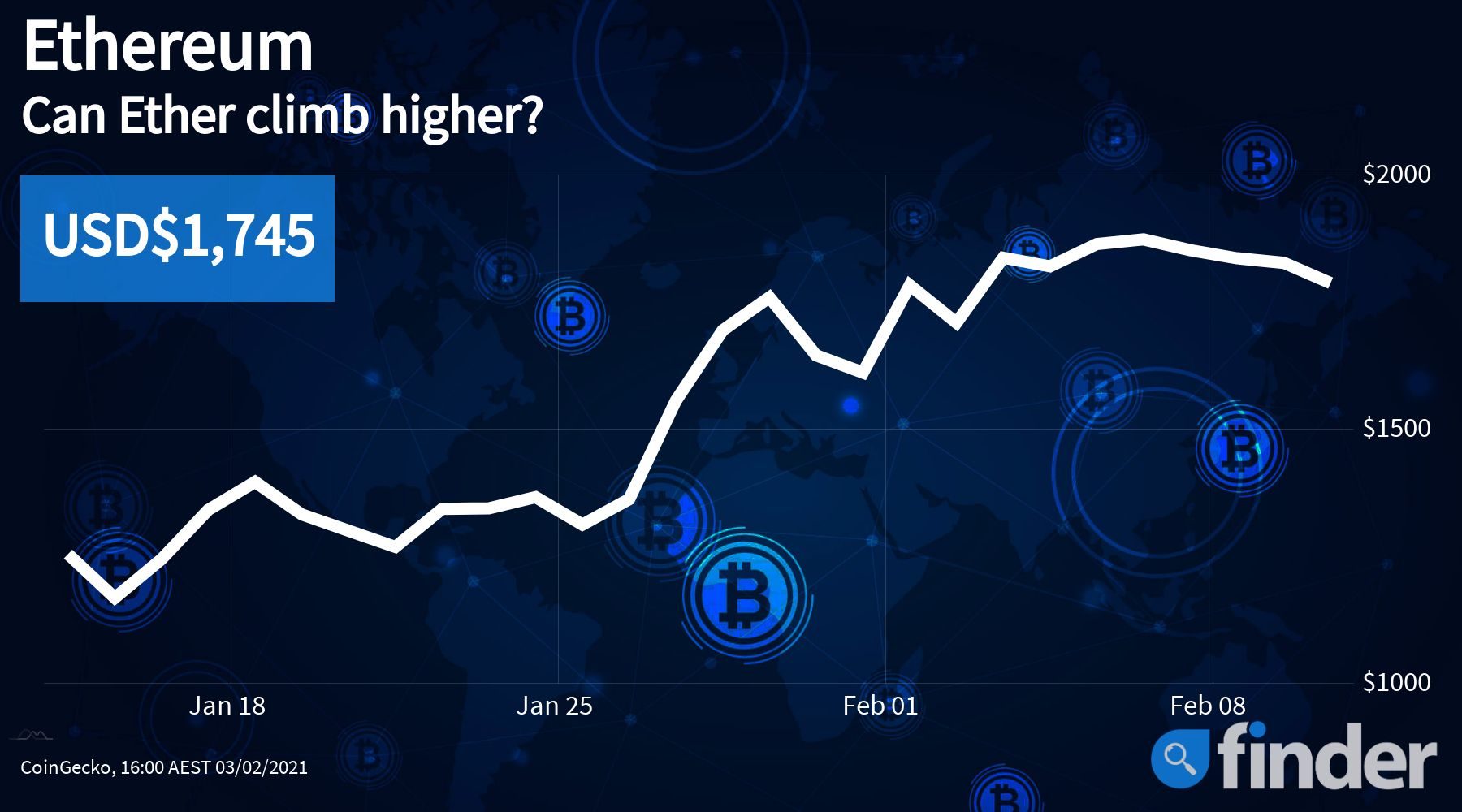 To help ease out Ethereum's scaling problems, the platform's proponents have been actively testing out sharding and layer 2 solutions such as Skale and Optimistic Network.

On Feb. 15, Ether plunged to a price point of US$1,660, before forging a swift recovery, exhibiting gains of 9% over the next 12 hours. However, since then, the currency has not been able to cement its position above the US$1,800 threshold, constantly fluctuating a little over/under the aforementioned price range. At press time, the second-largest cryptocurrency by total market capitalization is sitting at US$1,770.

Even though initially many had been speculating that the launch of CME's ETH futures could cause the digital asset to dip or maybe stagnate, following the announcement, Ether's value actually proceeded to rise. However, it now appears as though rising gas fees and low transaction throughput rates may be starting to undermine investor confidence, leading to the currency plateauing around the US$1,800 range.

To put things into perspective, ETH transaction fees have been on the rise for quite some time now, with prices hovering around the US$8-$10 mark at the beginning of the year. And while even then these rates were considered relatively high, since the start of February, matters seem to have gotten worse, with the cost of a transaction on the Ether blockchain now at US$21.04 — a hefty sum that not everyone seems to be willing to pay. In response, a number of Ether devs and platform proponents have been implementing sharding and layer-two solutions to help curtain this issue as much as possible. Some options that are actively being tested out include Skale and Optimistic Network. Lastly, it also bears mentioning that Eth2 will also make use of the above-stated sharding concept, so as to help increase the number of transactions that can be processed by the Ethereum network at once.

Despite all of the problems being faced by Ether, the cryptocurrency continues to showcase amazing growth, with the total value locked (TVL) across the DeFi ecosystem currently hovering just below the US$40 billion mark. To further expand on this, one can see that at the start of February, this value lay at just US$27.95 billion, thus representing a total gain of around 30% within the last 17 days alone. On the subject of Ether's future monetary outlook, Ben Zhou, CEO of cryptocurrency exchange Bybit, told Finder:

"Interest from institutional investors, DeFi development demand, and steady swelling of staking on Eth2 combined have pushed Ether to new highs and we are seeing little sign of this upward trend abating."

Similarly, Michael Anderson, co-founder of Framework Ventures, a thesis-driven crypto venture firm, believes that despite its existing issues, people need to realize that Ethereum is the next wave of computational technology that should be valued on a basis similar to that of 'cloud tech' — since it serves as the 4th generation of a computational evolution that started with mainframes back in the 1940s. He added:

"Decentralized Finance (DeFi), which largely runs on Ethereum, is a major part of this evolution and will continue to play an even bigger role in bringing Ethereum and blockchain to the world of traditional finance. Ethereum is now becoming a mainstream asset and contrary to what many may believe, the launch of CME Futures for ETH has actually been a driver in Ethereum's price rise."

Anderson also pointed out that the new technical changes that are lined up for Ether will update the value proposition of the asset in a big way — such that, instead of being inflationary, the digital currency will become deflationary. This, in his opinion, will also help spur Ethereum's rise, with the currency most likely hitting US$10,000 by the end of the year.

Lastly, on the subject, Sidharth Sogani, founder and CEO at CREBACO, a credit rating provider for exchanges, blockchains, and coin offerings, told Finder that even if we face further corrections in the near future, Ether has stabilized to a point wherein a drop below the US$1,500 range is highly unlikely. "What scares me is the way the alt markets are moving. This is purely speculative and can result in sudden crashes", he added

Sogani highlighted that there are a few whales that are actively pumping and dumping a whole lot of alts these days, something that people have to be increasingly cautious about if they want to be smart with their money. That being said, he believes the Ethereum market has now grown to a point where it has become too big for any number of whales to manipulate.

Exchange withdrawals continue to happen at a furious pace

As Finder had pointed out earlier, the amount of Ether being held across centralized exchanges has been dropping at a furious pace for a few months running now. For example, we can see that between Jan. 1 to Feb. 15, an estimated total of 600,000 ETH was withdrawn from all centralized exchanges. As can be seen from the chart below, the outflow of ETH has been remarkable, with the trend quite likely to continue in the near future. What this seems to suggest is that these coins are either being transferred to cold wallets or being pumped into the DeFi ecosystem but it is highly unlikely that this crypto will be sold in the near term.

Not only that, it also sheds light on the fact that more and more people are becoming vary of the fact that they gain no real benefit by storing their digital assets on exchange wallets and that they can participate in various passive income schemes (i.e. staking, lending, etc) by simply taking charge of their holdings.