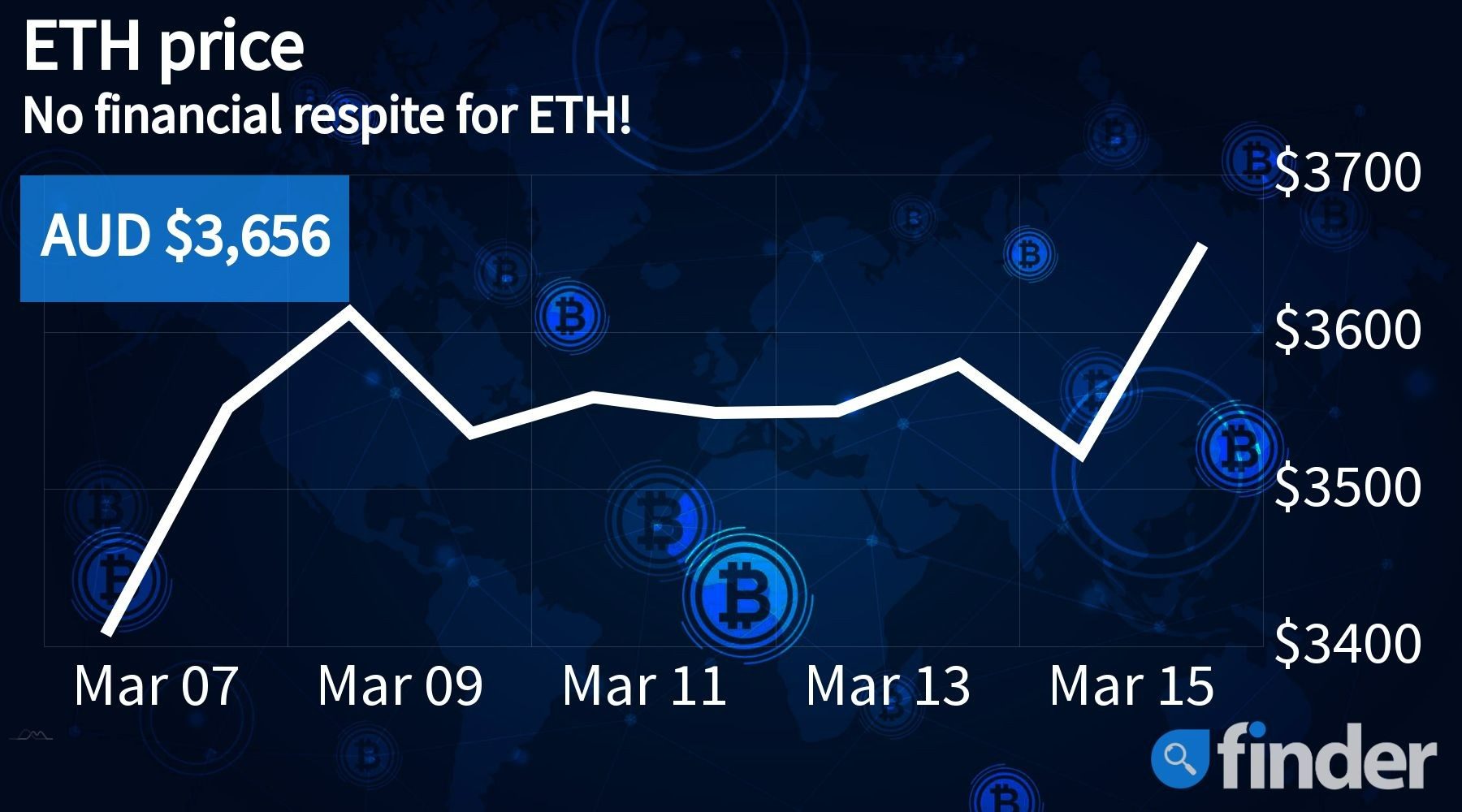 As per Jerome Powell, chairman of the Federal Reserve, the central banking agency will be hiking interest rates by the end of this month.

After having scaled up to a 5-day high of AUD$3,750 recently, Ethereum, the second-largest cryptocurrency by total market capitalisation, has proceeded to face a series of corrections, resulting in the altcoin's daily gains dipping to just 2.5%. At press time, ETH is trading at a price point of AUD$3,640.

Ethereum seems to be following closely in the footsteps of Bitcoin, mirroring its every spike and fall – something that most analysts believe is due to the prevailing bearish market. It appears as though more volatility may be incoming, especially as the Russia-Ukraine conflict continues to intensify. With the Federal Reserve all set to hike interest rates by the end of the month, most risk-based assets could see further dips in their values.

Despite the price uncertainty, developments surrounding the ETH ecosystem seem to be forging ahead as usual, with renowned Ethereum developer Tim Beiko recently revealing that Kiln – a PoW testing ecosystem for Ethereum node operators – has been successful in passing the highly anticipated Ethereum Merge. A spokesperson for the Ethereum Foundation was quoted as saying:

"This merge signals the culmination of 6 years of research and development in Ethereum and will result in a more secure network, predictable block times and a 99.98%+ reduction in power use when it is released on mainnet later in 2022."

That said, as part of the proceedings, a few errors (associated with contract creation) did come to the forefront, with Beiko noting that the Kiln Explorer client was not able to produce blocks in any sort of consistent fashion, even though the network was running normally.

According to multiple security reports released by prominent decentralised finance (DeFi) analytics firm PeckShield, digital asset marketplace DEUS Finance was recently on the receiving end of a major financial exploit that saw the platform lose over AUD$4.15 million (US$3 million) worth of DAI and ETH from its reserve pools.

Researchers for PeckShield noted that hackers were able to facilitate their ploy by manipulating a price oracle relating to DEUS's flash loans module. Following the incident, the platform acknowledged the exploit, adding that the faulty DEI lending contract had been closed. The DeFi platform also noted that a new contract will soon be deployed, allowing affected users to repay their loans in a timely fashion.

According to Mark Zuckerberg, CEO of Meta, the parent body behind social media juggernaut Instagram, the platform will soon provide users with the option of integrating non-fungible tokens (NFTs) into their individual profiles. Speaking at the recently concluded SXSW event in Austin, the billionaire was quoted as saying: "We're working on bringing NFTs to Instagram in the near term,"