Ethereum bleeds as capital inflow continues to dry up 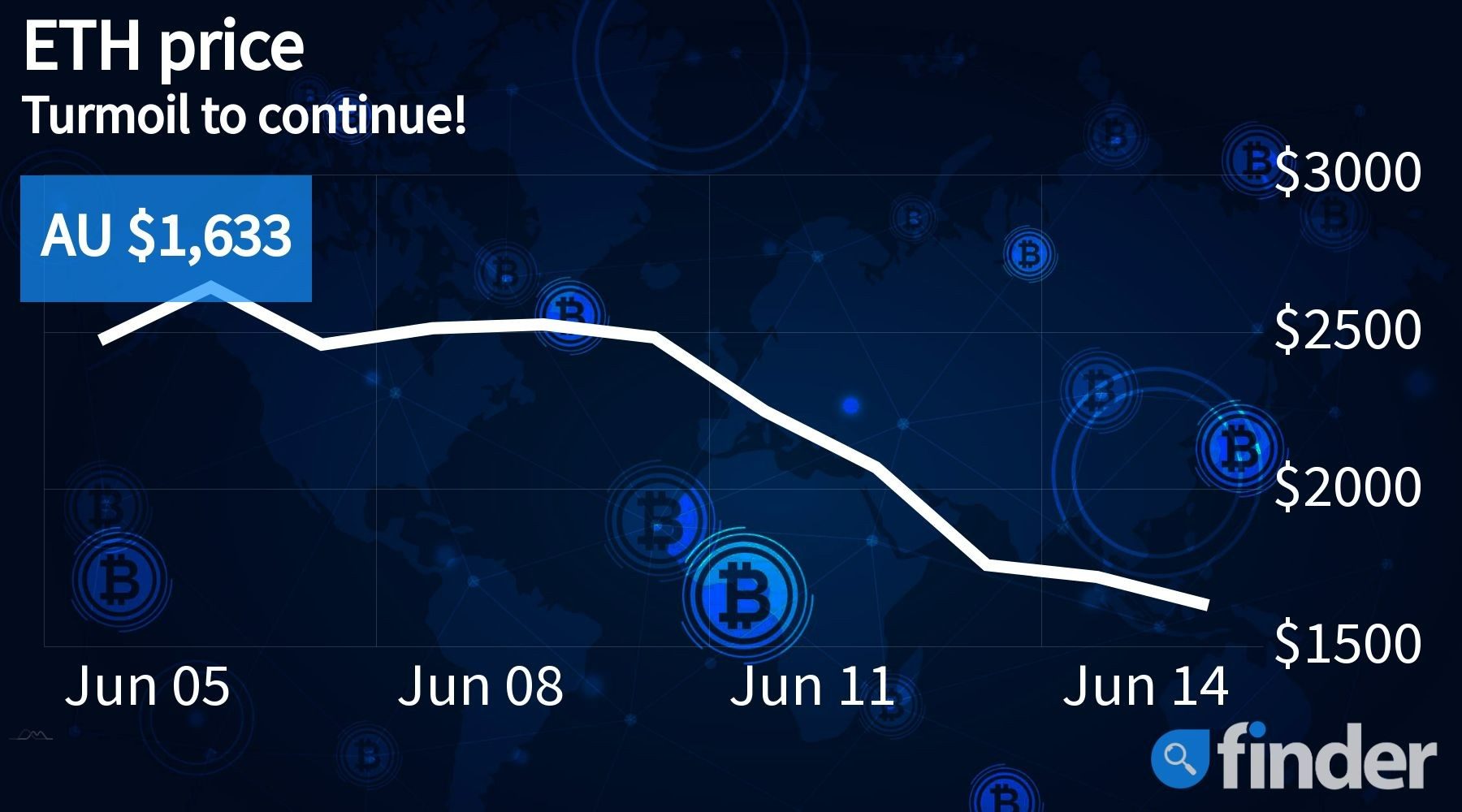 The amount of money entering the ETH ecosystem has continued to nosedive substantially over the course of Q2, 2022

Ethereum has been closely following in the footsteps of the crypto and equities market, shedding over 37% of its value over the past week. ETH's annual losses now stand at -56% while trading at AUD$1,645.

After having dipped below its critical support level of AUD$1,600 (US$1,100) multiple times over the last 48 hours, Ethereum is now down 78% since hitting its all-time high of AUD$7k (US$4,870) on 10 November 2021. The slide can be attributed, in large part, to a looming recession that has been triggered by rising inflation numbers and major quantitative easing (QE) measures initiated by central banks all over the globe.

Over the past year, Ether has underperformed quite heavily in comparison to Bitcoin (by 33%). The last time such an event occurred was during Q2 2021. On-chain information shows that part of the altcoin's poor performance stems from its declining number of active addresses that have dropped from 850k to around 563k over the last 12 months.

On top of this, the total value locked (TVL) across the Ethereum network stood at US$87 billion on 10 May 2022, down 17% from its April levels of US$102 billion. The digital asset's total market cap currently lies at US$138 billion while its market dominance index (representing its share of the crypto market) has dipped to 14.5%, its lowest level in many months.

Will history repeat itself?

ETH may be showing signs of a local bottom as per its 200-week simple moving average (SMA), which is currently hovering around AUD$1,730 (US$1,196). The 200-week SMA support line is commonly used by analysts and investors to determine the near-term future of an asset. As long as the value of an asset stays above its 200-day SMA, it is considered to be in a general uptrend.

Market analysts believe that ETH's most recent correction has forced the token to move into the "oversold" region, something that last happened back in November 2018. The development was preceded by a year-long bear season that saw the altcoin drop approximately 95% of its value.

According to cryptocurrency exchange Coinbase CEO Brian Armstrong, his company has decided to officially slash its workforce by around 18% due to the ongoing "recession". In an official press release, Armstrong said: "We appear to be entering a recession after a 10+ year economic boom. A recession could lead to another crypto winter and could last for an extended period."

Other crypto firms that have taken similar steps to curb their financial bleeding include Winklevoss brothers-helmed Gemini, crypto-friendly trading platform Robinhood and the BlockFi trading platform, all of whom have laid off around 20% of their respective workers. Similarly, late last week, Crypto.com CEO Kris Marszalek announced that his company was bidding adieu to 260 of its workers, representing nearly 5% of the firm's total workforce.