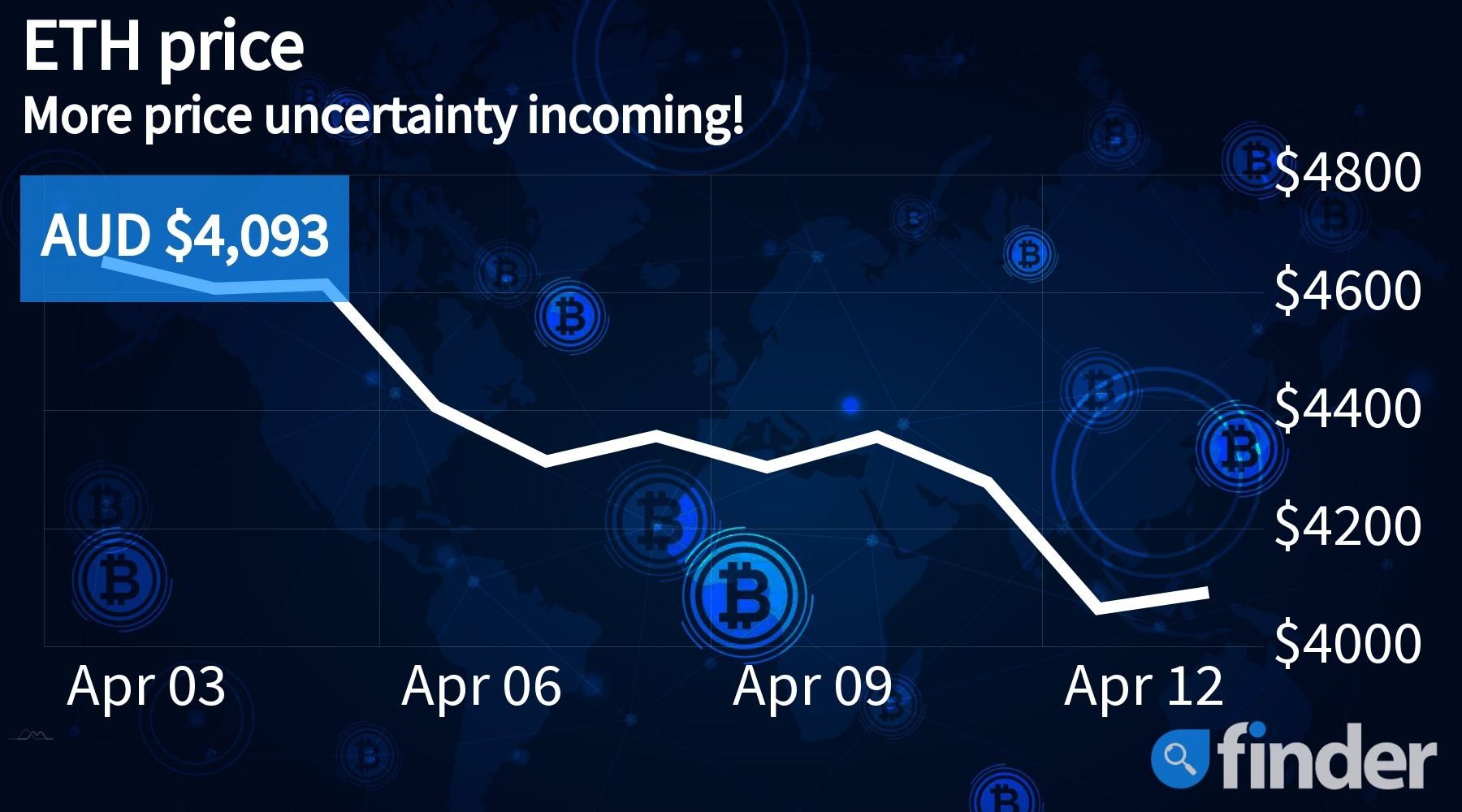 The total volume of capital locked within Ethereum's native smart contracts has dropped by a staggering 22% since late January.

Ethereum, the world's second-largest cryptocurrency, recently lost the support of its critical AUD$4,000 psychological threshold, albeit briefly, bringing the altcoin's weekly losses to approximately 16%. The dip seems to be compounded by the fact that AUD$140 million in leveraged long ETH futures were liquidated on 11 April, bringing down the total value locked (TVL) across the Ethereum landscape substantially. At press time, the digital asset is trading at a price point of AUD$4,100.

After having scaled up to an all-time high of 40.6 million ETH on 27 January, the network's TVL has continued to drop, currently down 22% over the last 60-odd days. However, the altcoin's fundamentals remain as strong as ever, with developers recently revealing that they had successfully implemented ETH's first-ever "shadow fork". As a result, the project's complex transition to a PoS consensus mechanism — which is slated to take place sometime this year — is right on track.

Dropping TVL in relation to Ethereum's smart contracts seems to signal a decline in network usage. Many pundits state that more and more developers are moving towards rival networks, including Avalanche, Cardano, Solana and others in recent months. This is because ETH's network congestion issues and high gas fee rates have made it difficult for smaller retail clients to utilise the decentralised finance (DeFi), blockchain gaming and non-fungible tokens (NFT) markets.

Over the past fortnight, ETH has lost a little over 17% of its value against the American dollar. However, when compared with Bitcoin, its performance has been relatively better, showcasing losses of just 4.5% during the same time window.

This downturn comes when the US Federal Reserve announced that it will most likely increase interest rates by a total of 50 basis per month, at least in the near-to-mid term as a means of curbing soaring inflation figures. The central banking agency also plans on slashing its debt figures by a whopping US$95 billion per month.

Polygon to go carbon-neutral by the end of 2022

Earlier this week, ETH's scaling ecosystem the Polygon network revealed that it was bolstering its efforts to go carbon-neutral by the end of this year. The platform released its "Green Manifesto: A Smart Contract with Planet Earth", making a AUD$27 million (US$20 million) pledge to offset its carbon footprint while also promising to accrue more credits to gradually become a carbon-negative entity within the coming few years.

To help with its efforts, Polygon has joined forces with Offsetra and KlimaDAO, a firm that provides its clients with a range of on-chain carbon offset options. Lastly, Polygon recently published an emissions report noting that 99% of its emissions are simply a result of checkpointing and bridging activities associated with the ETH mainnet.