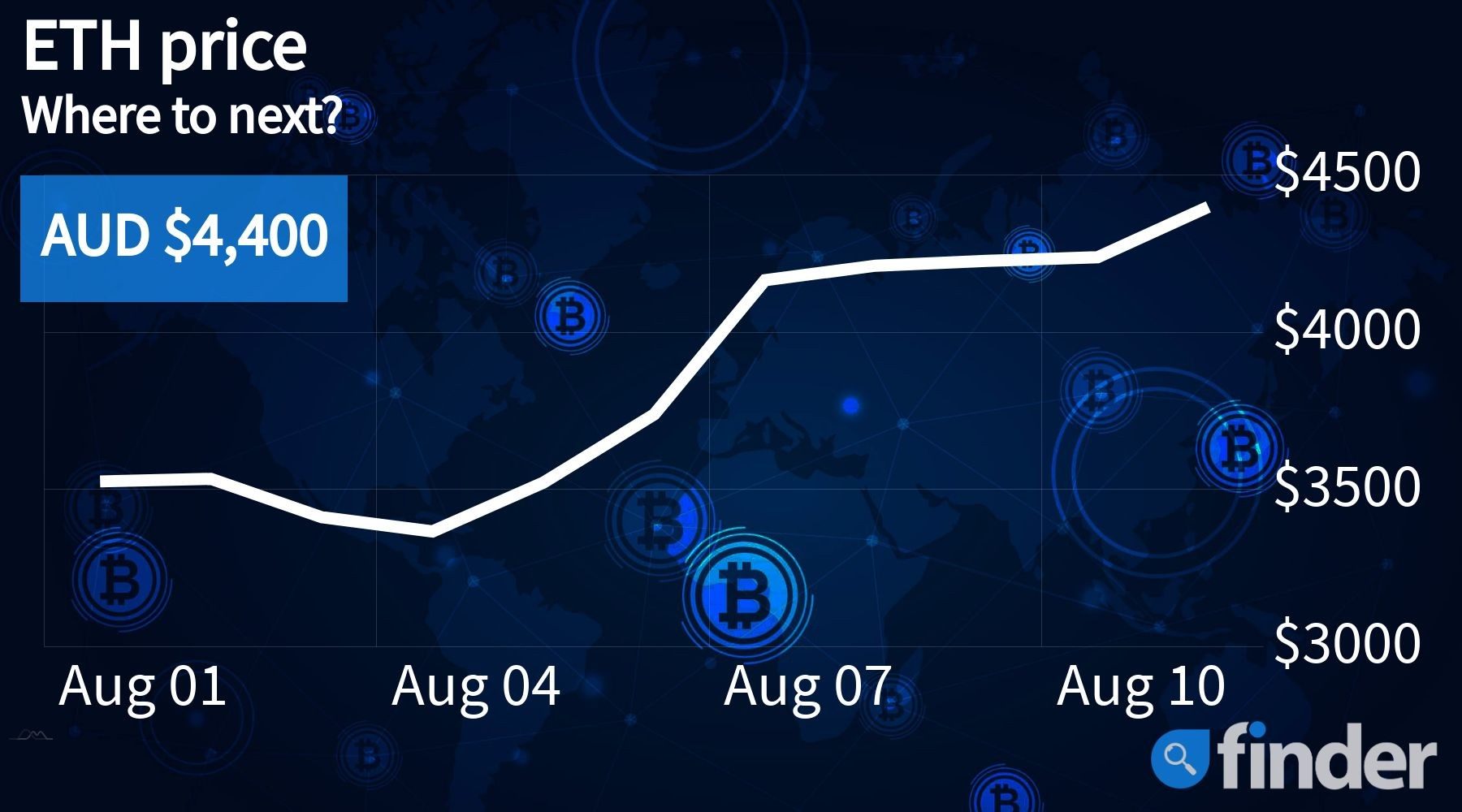 Over the last 30-days, Ethereum has booked profits in excess of 48%

Ethereum, the world's second largest cryptocurrency by total market capitalisation, has continued on its path of upward ascent over the past week, incurring gains in excess of 25%. At press time, ETH is trading for AU $4,326.

And even though ETH's ongoing rise can in large part be attributed to its heavy correlation with BTC, many pundits believe that the deployment of the recent London Hardfork — which contained the crucial EIP 1559 — could have also had a major role to play in the above stated price development.

Infact, as per available data, the theoretical deflationary properties of the above stated Ethereum Improvement Proposal (EIP) has already resulted in the ETH blockchain producing a total of 800 "deflationary blocks". Not only that, over the last 48-hours, the network has come under heavy load, which has resulted in a larger amount of gas fee being "burnt".

At press time, Ethereum is showcasing an annualised deflation rate of -3.12%, however, this number is most likely to change in the near-to-mid term, especially with the transition to Eth 2.0 looming on the horizon.

Turkey soccer club Fenerbahçe S.K. has become the latest addition to a growing list of teams that have issued their very own fan tokens on the Ethereum blockchain. The deal was facilitated in conjunction with local crypto trading platform Paribu, with an initial presale of 500,000 unlocked tokens concluding earlier this week. As part of the fundraiser, the club was able to net a whopping 15 million Turkish lira (approx. AU $2.4 million) in less than half a minute.

According to a live tracker that keeps a tab on the total amount of Ethereum burnt since the deployment of the aforementioned London upgrade, a sizable 26,167 ETH (approx. $83 million) has been burnt in a little less than seven days. However, experts believe that the effects of sustained deflation will only be witnessed after Ethereum's much awaited proof-of-stake merger takes place sometime next year.

Lastly, it should be highlighted that gas prices recently soared to a relative high of AU $27 after having stayed in the sub-AU $7 range since late July. This surge in prices can largely be attributed to a growing demand for NFTs — with the OpenSea marketplace, Gala Games' Vox, and Axie Infinity in the top 4 for gas burning.