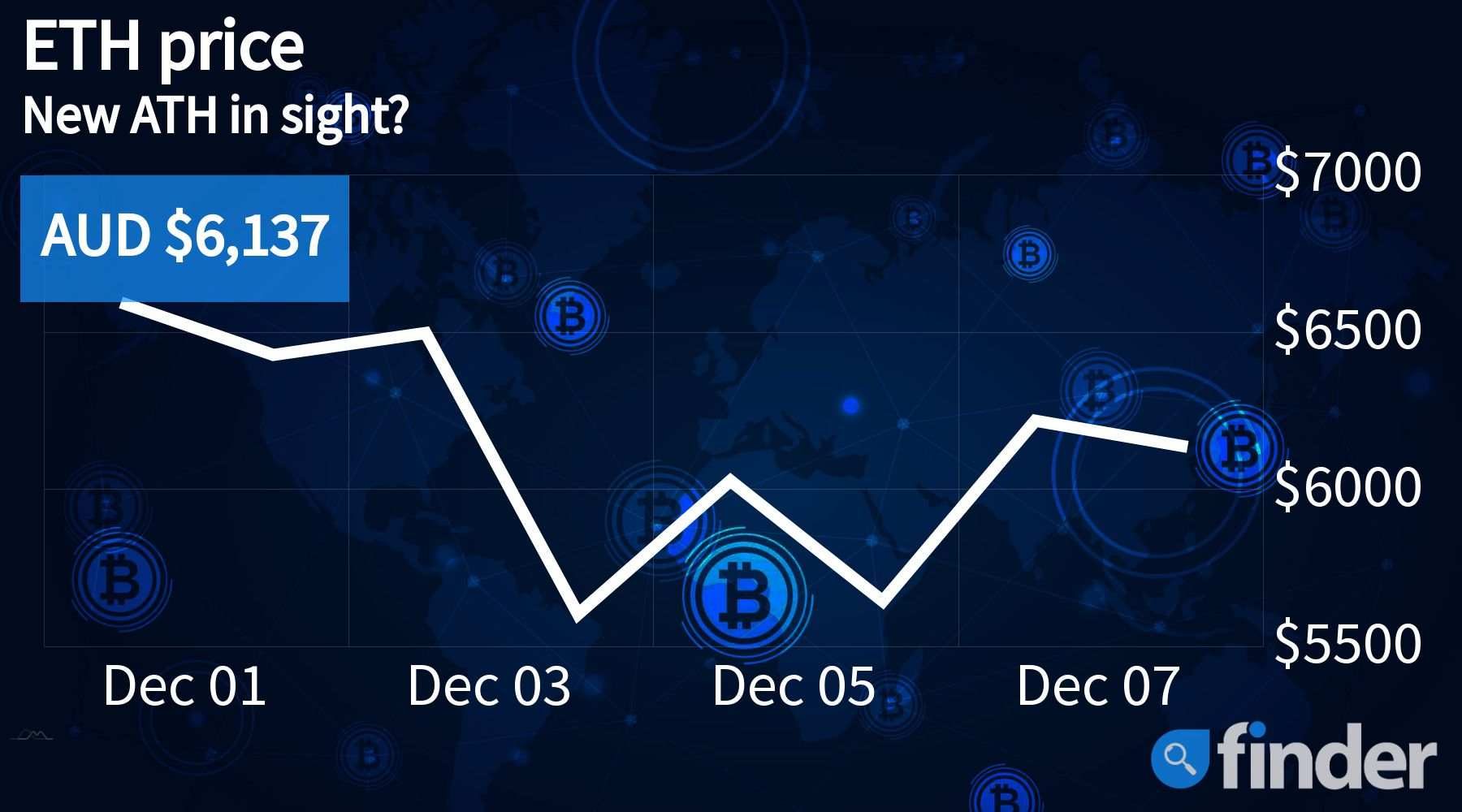 Thanks to its strong recent performance, ETH has been able to completely wipe out its fortnightly losses.

Even though the crypto market at large has been faced with a high degree of turbulence in recent weeks, Ethereum, the world's second-largest cryptocurrency by total market capitalisation, has continued to garner an increasing amount of mainstream traction, rising as high as AUD$6,300 on 7 December only to correct slightly afterwards. At press time, ETH is trading at a price point of AUD$6,056.

One reason why ETH may be surging right now could be Ethereum co-founder Vitalik Buterin recently disclosing a "plausible roadmap" for ETH2, which once live will help the network not only achieve a high level of scalability but also meet a high degree of censorship resistance and transactional ease. That said, Buterin's vision does not address some of the key issues surrounding Ethereum's centralised block production. On the subject, he added:

The anticipation surrounding Ethereum has been on the rise since late last year when the network underwent a number of operational upgrades — such as the London Hard Fork — so as to help ease its transition to a PoS framework. To elaborate, the London upgrade contained the all-important EIP-1559 that sought to burn a portion of the platform's native gas fee associated with each transaction. Since coming into effect, it is estimated that more than a million ETH tokens have been burned.

Coinbase gearing up for ETH2.0

In anticipation of Ethereum's key upcoming 10 December upgrade, prominent digital asset trading platform Coinbase seems to have added a mirrored version of the ETH token — dubbed ETH2 — to its native interface. The new offering tracks the value of ETH, maintaining the same market capitalisation, volume, circulating supply and price changes as the latter.

Coinbase is already promoting eth2 as a new coin? pic.twitter.com/C67UxooLU0

At press time, the ETH2 token does not have any recorded trading activity, popularity score, or typical hold time.

Referred to as the "Arrow Glacier update", ETH's upcoming overhaul seeks to make it harder for miners to accrue the asset. On the subject, one of the project's core devs, Tim Beiko, was quoted saying that this might be the last important upgrade that the Ethereum network goes through this year before making its long-awaited transition sometime during 2022. It will be interesting to see how the coming few weeks and months continue to play out for the altcoin.