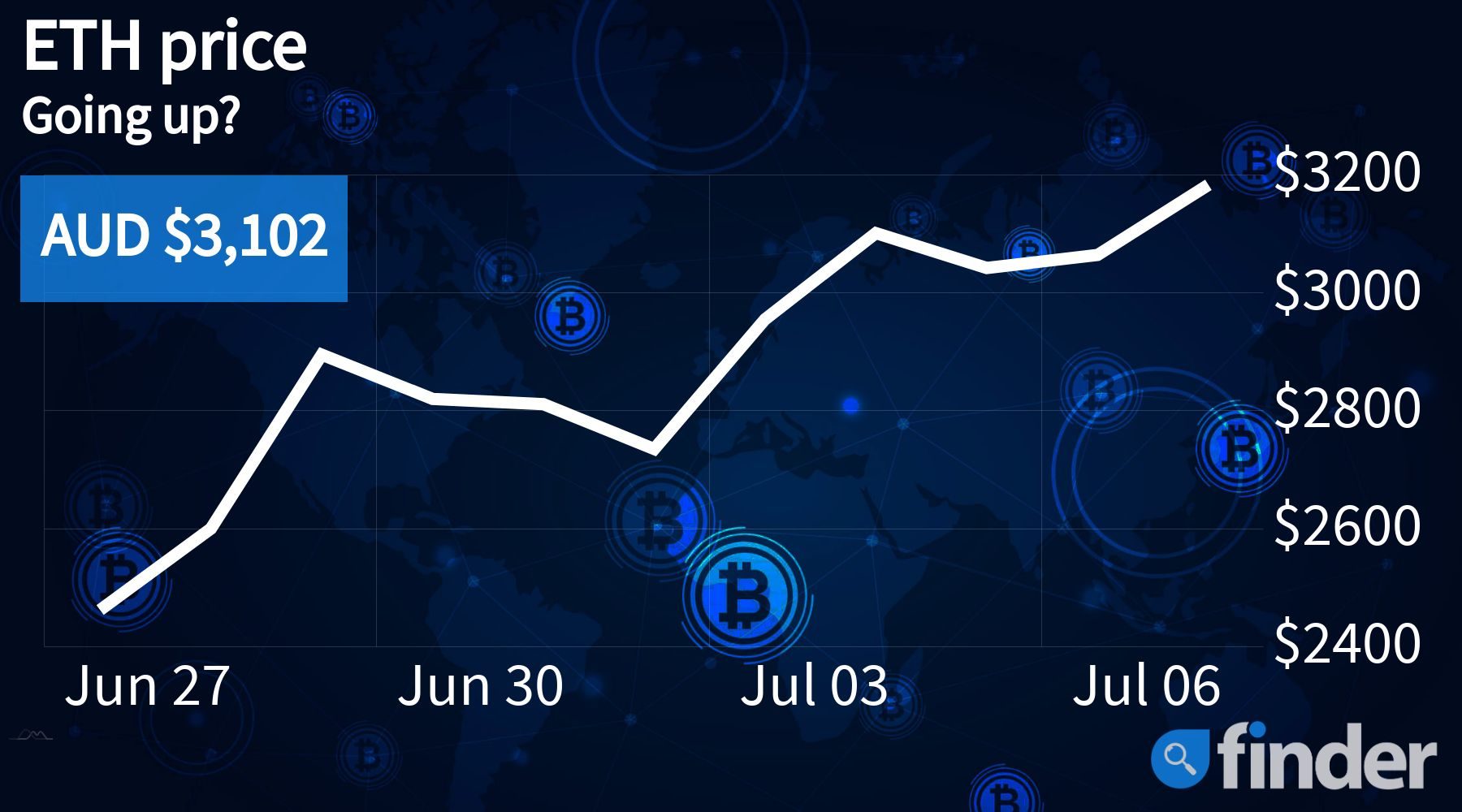 The last seven days have seen the world's second-largest cryptocurrency by total market capitalization, Ethereum, surge and gain over 7% in value, thanks seemingly to the successful implementation of the long-awaited London Upgrade on ETH's Ropsten test net. At press time, ETH is trading for AU $3,120.

To gain a better overview of where this ongoing upward ascent may take Ethereum, Finder reached out to Alexey Veledinskii, Product Owner at spot and futures exchange Digitex. In a somewhat surprising take, he opined that there is no direct connection between the aforementioned London Hardfork upgrade and the price of Ether, adding:

"Eth's price depends on many other factors, including BTC price, market state, regulations around the world, institutional investors interest, and speculation activity. Months ago there were analysts who predicted BTC price will soar above US $100,000 within several upcoming months, and here we are at approximately US $34,000. The same may be true for Ethereum, should we give an overly ambitious target."

That being said, he did concede that such potent upgrades may continue to boost investor confidence surrounding Eth as well as help improve the general sentiment encompassing the crypto industry.

While in the past Bitcoin has been referred to as digital gold, mainly because of its scarcity aspect, according to a note released by Goldman Sachs recently, the banking behemoth believes that Ethereum is the platform that has the most 'real world potential' and can therefore transform into a digital SOV over the next few years.

In fact, the investor note goes on to say that Ethereum may even overtake Bitcoin in terms of total market capitalization, especially as the technological use cases surrounding the former continue to grow at an increasing pace "[Ether] currently looks like the cryptocurrency with the highest real use potential as Ethereum, the platform on which it is the native digital currency, is the most popular development platform for smart contract applications," the note read,

There is no denying that Bitcoin holds the first-mover advantage when it comes to being a tangible store of wealth for many crypto enthusiasts, however, in recent months, Ethereum has put forth a strong case for its self as a legitimate replacement. For example, with the launch of EIP 1559, ETHs tokenomics stand to become deflationary in nature, thus allowing the currency to mimic BTC to a certain degree.

Lastly, Bitcoin does not offer the same operational freedom when compared with Ethereum, as is made evident by the fact that over the course of the last year, the ETH network has grown by a staggering 850+% in comparison to Bitcoin's 260%.