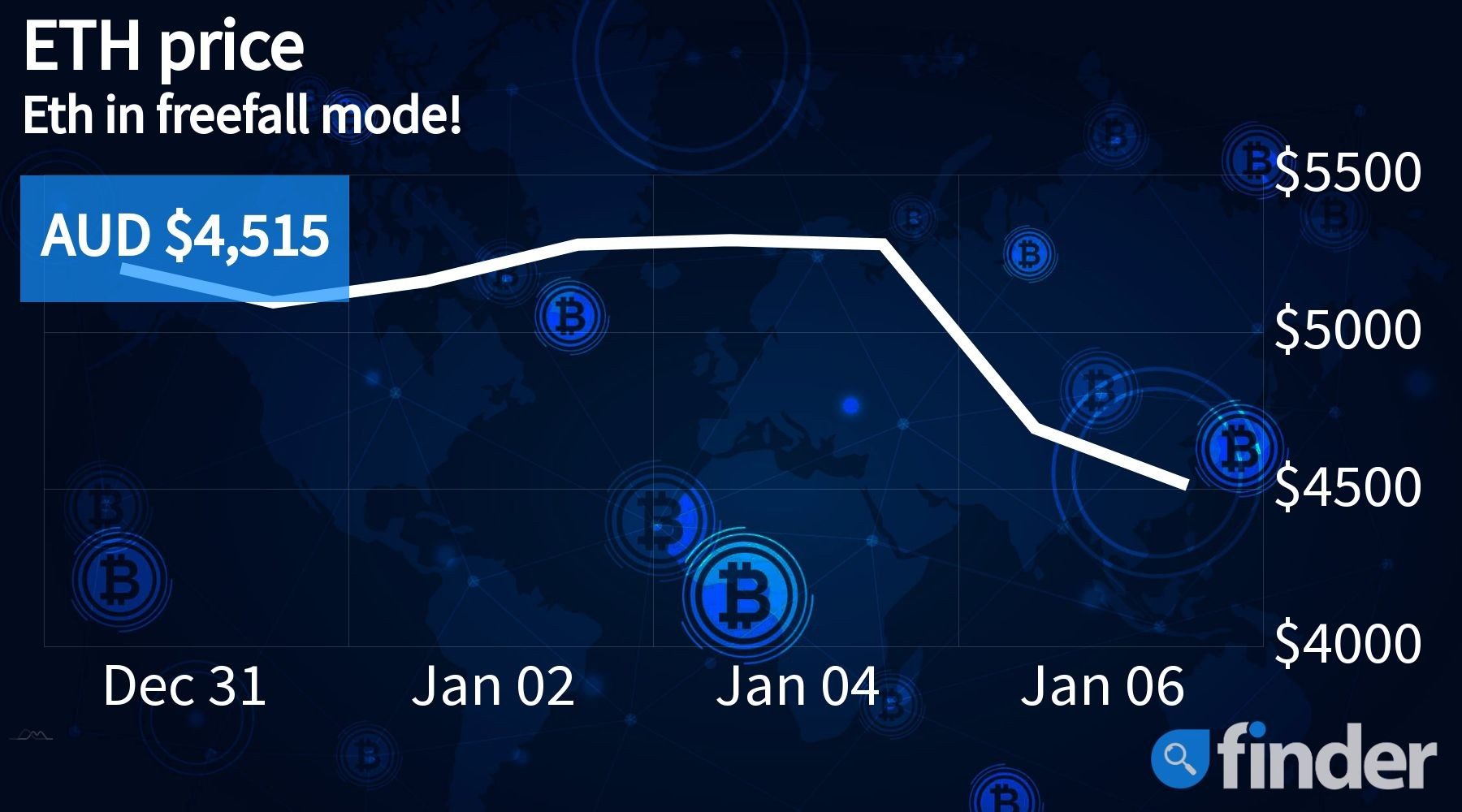 Borrowing rates could soon soar well above their near-zero levels over the next couple of months, the FOMC revealed in a recent meeting.

Staying in line with the market-wide dip witnessed since 6 January, Ethereum, the world's second-largest cryptocurrency by total market capitalisation, has continued to slide. The digital asset's value dropped by a staggering 12% over the past week. At press time, ETH is trading at a price point of AUD$4,515.

The dip came soon after the Federal Reserve issued the minutes of its most recent meeting wherein members discussed the possibility of hiking interest rates way earlier than initially envisioned. To elaborate, the Federal Open Market Committee (FOMC) may be looking to hike short-term interest levels as early as March.

In spite of Ethereum's ongoing volatility woes, the altcoin has been able to register sizeable gains in excess of 170% over the last 12-month stretch, vastly outperforming Bitcoin, with the flagship crypto having been able to accrue profits of just 16% over the same duration.

Dapper Labs registers with the US government

As per a public filing disclosed by Dapper Labs on 3 January, the Canadian firm became the world's first NFT-centric mainstream entity to federally register to lobby with the US government. Dapper Labs currently has on offer a wide range of NFTs as well as decentralised applications (dApps) such as CryptoKitties and Cheeze Wizards.

Back in 2020, the company also entered into a long-term agreement with the National Basketball Association (NBA) to help facilitate the sale of various novel NFTs (of moments such as in-game dunks, 3-pointers and other) via its Top Shot platform. The company has also partnered with the world's faster-growing sports organisation — the UFC — to launch a similar service sometime this year.

Despite the crypto industry being on the receiving end of a lot of turbulence over the last couple of weeks, Polygon's NFT market has continued to attract a growing list of users. Numbers-wise, the total sale of NFTs via the layer 2 protocol climbed to its all-time high last month at around 2 million non-fungible tokens sold.

As per data available online, these figures represent a whopping 60% increase in comparison to numbers that were registered just a couple of months ago. In fact, Polygon's rise over the past year has been nothing short of meteoric, with the ecosystem now hosting a total of more than 3,000 decentralised applications while possessing a total value locked (TVL) of around AUD$5.30 billion.