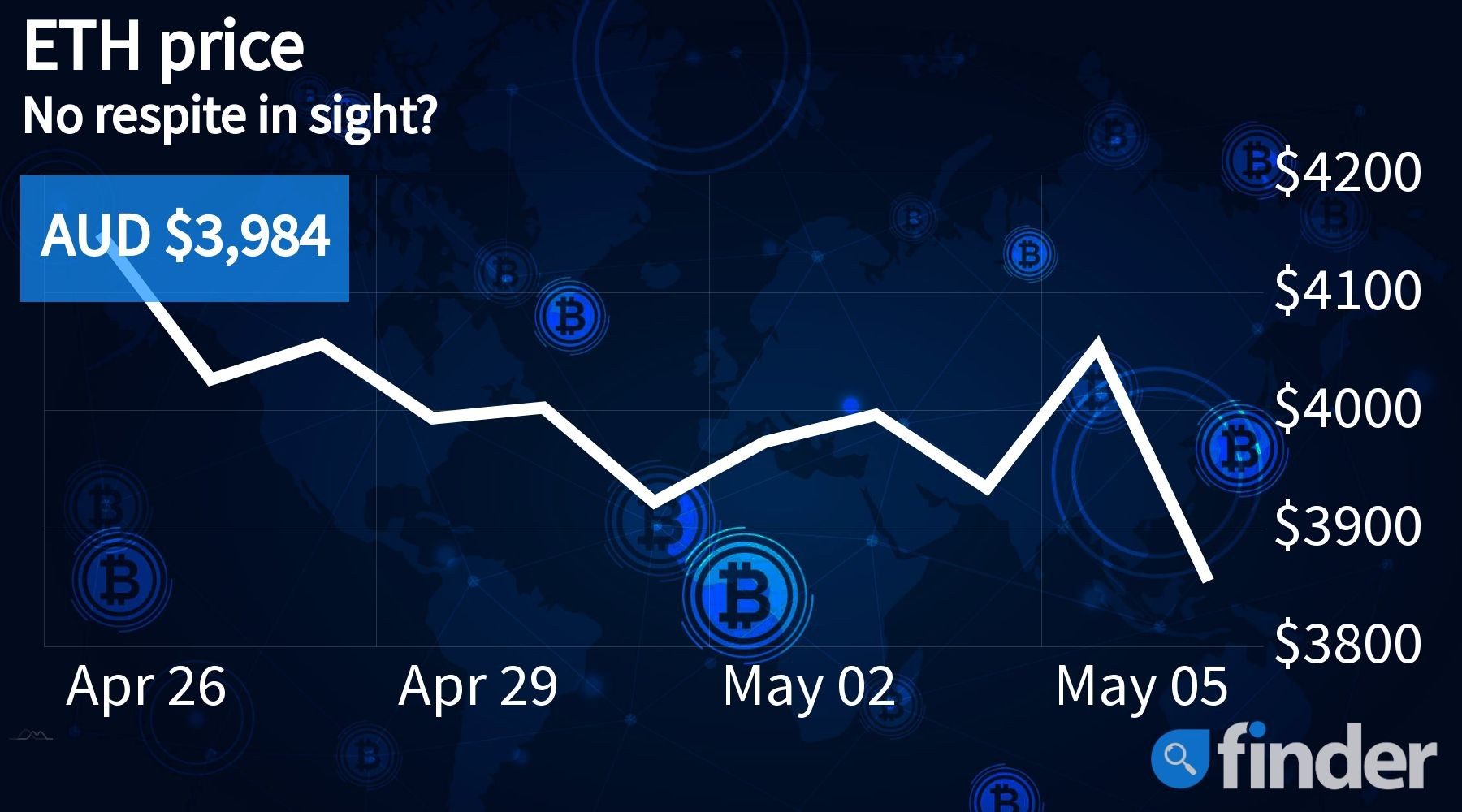 Even though Ethereum's network usage ratio has increased by 7% since April, the altcoin's future remains engulfed by an air of uncertainty.

Ethereum, the world's second-largest cryptocurrency by total market capitalisation, has lost 7% of its value over the last 24 hours, plunging from AUD$4,150 to $3,800. At press time, ETH is trading at AUD$3,850 while showcasing annual losses in excess of 22%.

Much like markets across the board, the Federal Reserve's recent decision to hike interest rates by half a percentage point overnight has had a major impact on Ethereum's price action. This is one of the most drastic steps the central bank has taken over the last 2 decades to curb inflation, especially as its balance sheets have grown exponentially since 2020. This is largely due to the many stimulus plans issued since the start of the COVID-19 pandemic.

Explaining the Fed's motives, Chairman Jeremy Powell noted that even though the interest rate hike may hurt small businesses and householders in the near term, it will help bring in a level of economic stability that would have been impossible to achieve otherwise. Powell also believes that the Fed's moves could help reverse the decline in the US gross domestic product (GDP) witnessed over Q1 2022.

On a more technical front, it should be noted that in spite of its month-over-month price decline, Ethereum's smart contract usage has increased. The total value locked (TVL) within the network has risen by 7% since the first week of April to approximately 25.2 million ETH.

On 4 May, one of the world's largest cryptocurrency exchanges Coinbase opened up its NFT marketplace to users across the globe. However, quite surprisingly the platform only witnessed minimal activity. On-chain data shows just 150 transactions being facilitated through the first 24 hours of its launch (bringing its total NFT trade volume to US$75,000).

The aforementioned numbers seem quite pale especially considering that Coinbase had more than 8.4 million signees for its NFT platform waitlist. If that wasn't enough, since releasing the beta version of its NFT trading ecosystem last month, the project has only seen a total of 1,200 users transact on the platform.

As per a fresh directive issued by the US District Court for the Southern District of New York, 3 key officials associated with BitMEX, a popular cryptocurrency derivatives trading platform, have been ordered to pay a combined sum of AUD$42 million (US$30 million) in civil monetary penalties.

Co-founders Arthur Hayes, Benjamin Delo and Samuel Reed will each have to shell out US$10 million after the case concludes later this week. They were found to have violated certain aspects of the Commodity Exchange Act as well as various CFTC regulations over a 6-year period (between November 2014 and October 2020).