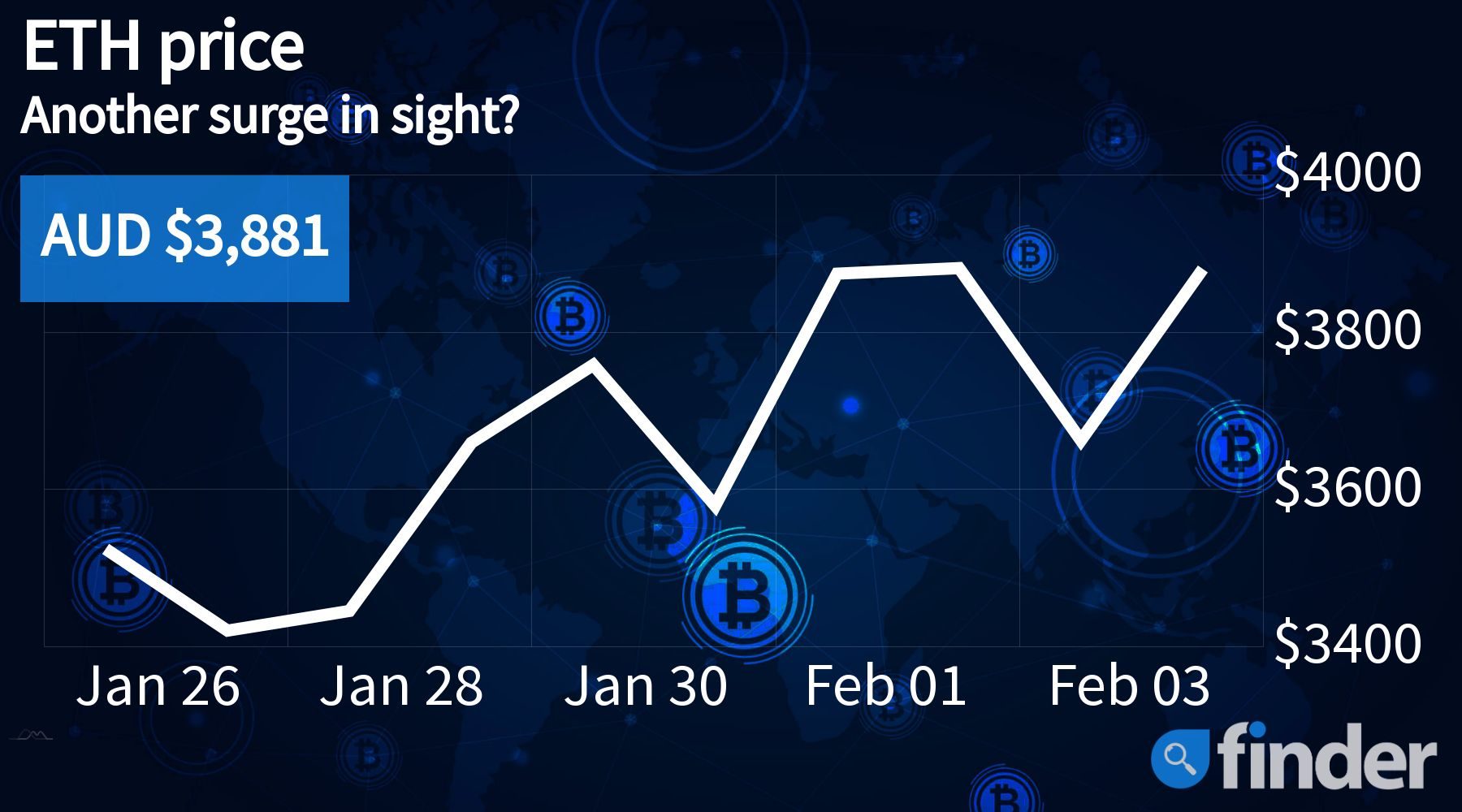 NFT marketplaces like OpenSea have been registering 24-hr trade volumes in excess of AUD$140 million on a regular basis.

Ethereum, the world's second largest cryptocurrency by total market capitalisation, has continued to rise in tandem with the market over the last couple of days. As a result, the altcoin is showcasing weekly gains in excess of 14% while trading at a price point of AUD$3,980.

This ongoing price ascent comes at a time when a number of blue chip NFTs are rallying. To elaborate, offerings such as Azuki, Bored Ape Yacht Club, CloneX and Mutant Ape Yacht Club have seen their values surge since 28 January, with all 4 projects generating more than AUD$490 million (US$350 million) in value. Not only that, a number of prominent NFT marketplaces have continued to register daily transaction volumes in excess of AUD$140 million (US$100 million).

Lastly, studies have revealed that Web 3.0 — a decentralised version of the world wide web built largely on the Ethereum network — has been able to generate a lot of interest since the start of the year. In fact, the term has been one of the biggest buzzwords of 2022, with researchers from Electric Capital revealing that a whopping 34,000 developers are working exclusively on Web 3.0-centric projects at the moment.

Sam Feldman, the founder of marketcap.guide, a website designed to educate users regarding the crypto market, revealed that he has set up more than a 100 different billboards across Texas city over the course of the past 6 odd months as a means of promoting NFT adoption.

To date, Feldman claims to have dished out over AUD$860K (US$620K) of his money as well as launched a number of NFTs on the SOL ecosystem. He plans on using 70% of his generated revenue to release even more billboards and carry forward his vision of spreading crypto education across America over the coming few months. On the subject, he was quoted as saying:

"It's not just that we're selling people a picture of a billboard. We're asking people to believe in this idea of a self-fulfilling prophecy of billboards around the world where the more people that believe in it, the more it happens and happens and the more awareness spreads."

Tezos enters into a partnership with Manchester United

One of the world's leading soccer clubs Manchester United has entered into a multi-year training kit sponsorship with Tezos, an open source blockchain project. As per reports, the entire agreement is touted to be worth AUD$37 million (US$27 million) and may potentially also involve the soccer giant exploring other crypto spaces such as the burgeoning Web 3.0 ecosystem in the near term.

Lastly, it is worth noting that since 2021, Tezos has been heavily involved in the sports sponsorship space, with the company having become Red Bull Racing's official blockchain partner last year.