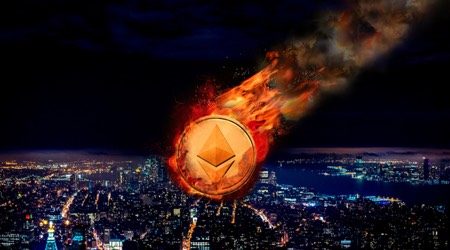 The remarkable similarities seem a little bit beyond coincidence.

A piece on TechCrunch by Jeremy Rubin has made waves by arguing that Ethereum is economically doomed, and that even if "Ethereum ends up succeeding wildly... ETH becomes worthless." The crux of the argument is that the nature of Ethereum as a platform for other tokens is inherently at odds with Ether's value growth, and that ETH doesn't have any future or value proposition.

Vitalik Buterin has since responded, pointing out that the entire crux of the piece hinges on the assumption that Ethereum will stay exactly as it is today, which obviously isn't the case. In fact, Buterin says, the issues described have active solution proposals currently being publicly and prominently discussed.

The case against Ethereum

The case against Ethereum is mostly that its token has no value as gas. This is because it's mostly about secondary projects with their own tokens built on top of Ethereum. These projects can distribute their own token to users to cover gas fees. In Ethereum lingo, this is known as "economic abstraction."

Rubin says that Ethereum is doomed to go to zero because of this.

Buterin points out that there are currently two solutions being prominently explored, both of which enshrine the need to pay ETH at the protocol level. Problem solved.

It's perhaps not quite as interesting or meaty as the discussion around the topic would suggest.

Ameen Soleimani, CEO of SpankChain, was less tactful than Buterin. "The probability of Jeremy Rubin being earnest is really low," he said, "so my position is that this is unapologetically a hit piece."

Soleimani's animosity might be based on the Digital Currency Initiative's previous history of what look like hit pieces, and the parallels to other apparent project assassination attempts. It's somewhat uncanny.

Jeremy Rubin, who wrote the latest largely irrelevant Ethereum "hit piece", is a co-founder of the Digital Currency Initiative, which might have a strangely formulaic way of going after rivals.

The three-step formula seems to be as follows:

With that groundwork established, it can be periodically returned to in order to paint it as a kind of endemic problem.

Here's how it went in this case:

It's all a little on the nose. Factually, the story might be closer to "ETH is evolving to grow in value," but there's plenty of room for anyone to twist the story to suit their own agenda.

If this process seems familiar, it might be because it could be seen as literally the exact same thing that happened to IOTA, right down to all the actors involved.

The main difference might be that the DCI seems to have tried to conceal its agenda while attacking IOTA. They actually went so far as to remove conflict of interest statements on the day of publishing in what looks like an attempt hide the fact that the DCI representatives spearheading the hit pieces against IOTA had invested millions in rival IoT projects.

In this case, Rubin is quite open about his personal vendetta against Ethereum, claiming in his piece that he was censored by the Ethereum community while trying to raise funds by selling digital lapel pins for Ether.

It seems kind of weird that Rubin would immediately switch gears from "give me Ether" to "Ether is worthless" after his fundraising efforts failed, but let's not read too much into that.

Assuming it's not a coincidence, Ethereum might look forward to more PR attacks. The playbook deployed against IOTA might give some examples of what to expect. 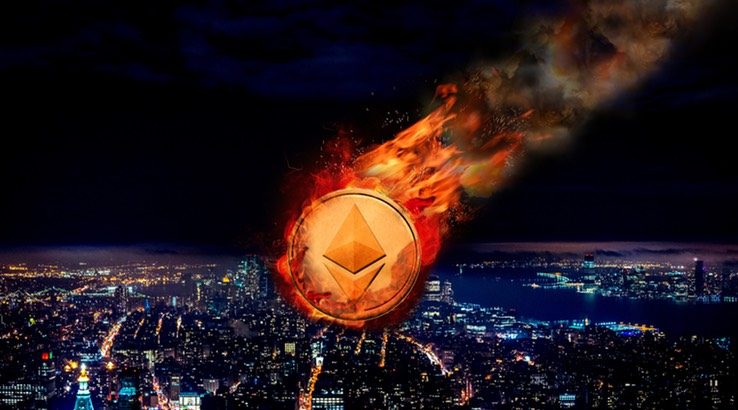 In the case of IOTA, the more obviously spurious accusations were pretty quickly debunked, so the next set of hit pieces moved to find refuge in more technical discussions. Then those were also debunked – this time by an email leak rather than a formal response.

By now the rug had been thoroughly yanked out from beneath all the original hit pieces, and they were found to have been somewhere between near-completely and completely baseless. But even without any original foundation, the narratives then kept cycling as the same outlets kept trying on different depictions with the intention of discrediting the project.

When the IOTA Foundation threatened to sue, various outlets went live with a kind of "bad programmers threaten to sue security researchers who uncover vulnerability" angle. Assuming it's not a coincidence, or just a chronic failure of imagination, Ethereum might be able to look forward to a similar slew of hit pieces in the near future.

The cryptocurrency world is full of great PR case studies, and it's probably no surprise that some of them are quite underhanded.

It's probably reasonable to expect more discussions of "Ethereum's economic problems" or similar in the near future. The goal for now might be to seed permanent doubt through repetition. That way those doubts can linger even after the problems are variously solved or debunked and can be refreshed as needed with headlines like "people are still concerned about Ethereum's economic problems," or "Vitalik Buterin is a millionaire but ETH might be done for," or anything else. The possibilities are endless.