What’s the Ether (ETH) inflation rate and what does this mean for the value of ETH?

Ether (ETH) is the native token of Ethereum, a blockchain-based platform designed to help developers build and distribute decentralized applications. The world's second largest cryptocurrency by market cap after bitcoin (BTC) at the time of this writing, ETH can be used to pay transaction fees and for computational services when using the Ethereum network. ETH can also be bought and sold on cryptocurrency exchanges; however, before buying any ETH, you should make sure you're aware of all the factors that could potentially affect its value. One of those factors is its rate of inflation, also known as the ETH issuance rate.

What is the ETH inflation rate?

This annual issuance of new ETH represents roughly one-quarter of the initial supply. Whenever a block is mined, which occurs approximately every 15 seconds, that miner receives an award in ETH. This was originally set at 5 ETH, but was reduced to 3 ETH following the Ethereum network’s Byzantium update in October 2017. The Byzantium update is one half of the larger Metropolis update to the Ethereum network, which concludes with Constantinople sometime in 2018. At the time of writing it is unknown whether the Constantinople upgrade will affect the inflation rate.

Miners can also access what’s known as an uncle/aunt reward, which sees a specified amount of ETH sent to a miner who was also able to find a solution but whose block wasn’t included. This reward was originally 2–3 ETH, but was reduced to 0.625–2.625 following the Byzantium update.

As outlined in the Ethereum white paper, this will see the ETH supply growth rate tend towards zero over time.

In the white paper, Ethereum’s creators also theorised that because coins are always lost over time due to carelessness, death and a number of other reasons, and due to the fact that coin loss can be modeled as a percentage of the total supply per year, the total ETH supply in circulation will eventually stabilise and reach an equilibrium.

At the time of this writing (Dec 18, 2020), CoinMarketCap listed the circulating supply of Ether at 113,888,129 ETH. The chart below shows the growth in the ETH supply over the past couple of years and is a useful tool when examining the ETH inflation rate.

Ethereum’s move to proof of stake

Now that we've run through the current ETH inflation rate, it's time to look to the future and realize that the goalposts will soon change. Ethereum will switch from a proof-of-work platform to a proof-of-stake algorithm, which is still in development. This update is known as Casper and is designed to make transactions on the Ethereum network faster and cheaper.

It’s not yet clear what the issuance rate will be after the Casper update, but it is expected to be much less than the current maximum cap. Ethereum co-founder Vitalik Buterin posted the following on Twitter on June 27, 2017, in response to a question about ETH inflation:

Once Casper comes out, ~0.5-2% annual seems feasible. Once we add partial tx fee burning and if fees go up, may go to 0 or lower.

It’s a good idea to monitor news reports and announcements for further information about when Casper will be launched and the effect it will have on the issuance rate. This will in turn help you form a clearer picture of the influence supply will have on the value of ETH in coming times. 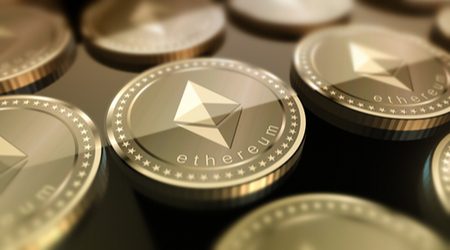 A guide to storing Ether (ETH) 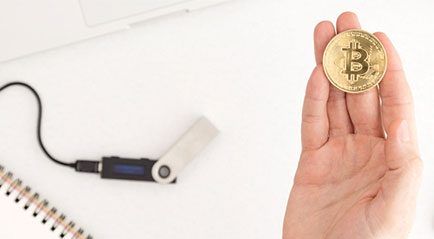 Ethereum (ETH) price prediction 2022 What is Ethereum’s Casper update? Everything you need to know