Ethereum dev: “No Constantinople in 2018” after Ropsten consensus bug 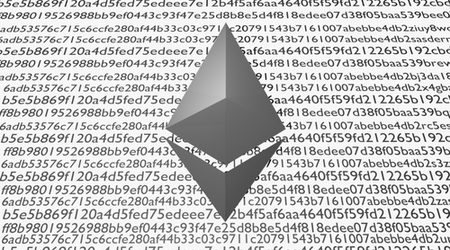 The consensus bug has reportedly been identified and fixed, but a full investigation might take longer.

In a recent Ethereum developer call, it was agreed that the Constantinople update would not be going ahead in 2018 if any major issues were encountered on the Ropsten testnet.

The Ropsten testnet has had consensus failures in a couple of points, with different Ethereum clients unable to agree on the state of the blockchain.

According to a developer note, the Harmony client has been out of sync with Geth, Parity and Aleth since the initial Constantinople test fork, while Geth and Parity fell into disagreement later by charging different gas amounts for the same transaction.

The end result was a three-way fork, and an announcement that the time spent on a thorough investigation would be pushing Constantinople out of 2018. 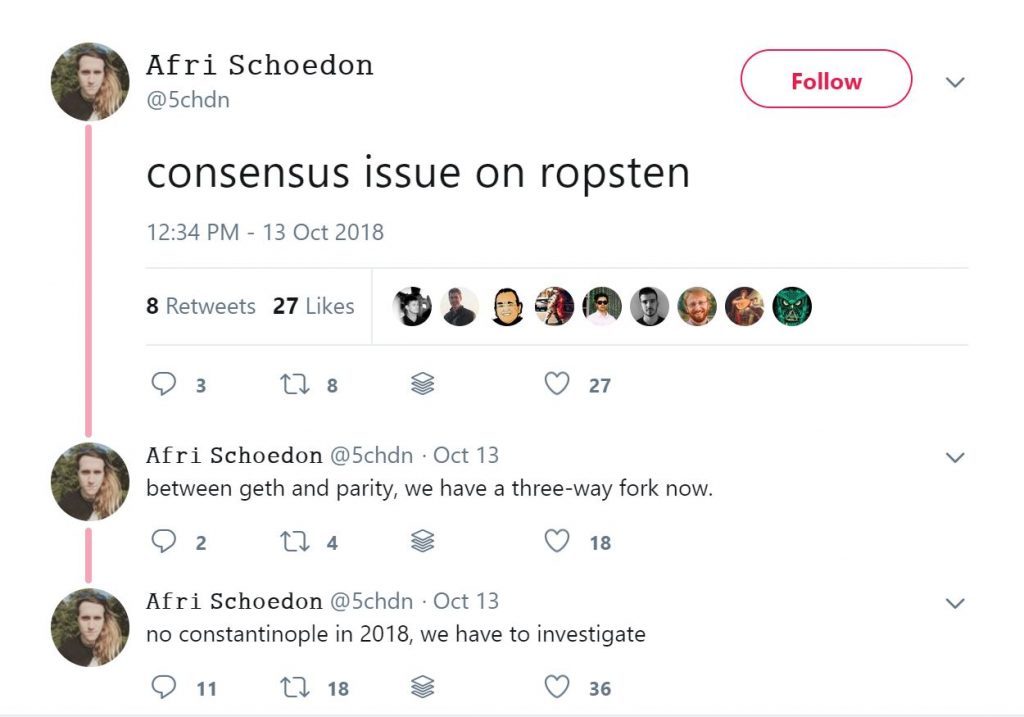 Is it too soon to say it's too soon?

The consensus bug was quickly identified and fixed, according to Ethereum developer Lane Rettig, and the Ropsten testnet still seems to be chugging along with the Constantinople update.

As such, it might be a little premature to declare Constantinople off the table for 2018. But as Schoedon notes, "the basic fact that we have to investigate this means 2018 is off the table... We only have 2 weeks to EFDevcon [the Ethereum Foundation Devcon 4]. Rushing anything now does not win anything."

Even if the consensus bug has been identified and fixed, it might not have been alone. And as the end of the year draws close, it probably doesn't pay to rush things now.

Among its other changes, the Constantinople update also includes a controversial adjustment to mining rewards, cutting the block rewards from 3 ETH to 2 ETH and delaying the difficulty bomb by another 12 months.

As such, a Constantinople delay might give Ethereum miners a reason to be happy for a little while longer. It's worth noting that cutting mining rewards by a full third is a significant change, which will likely push some miners into the red.

The possibility of miner push-back might yet be one of the main obstacles for the Constantinople update, which like any PoW fork can't succeed without adequate miner support. And unlike the consensus bug, these kinds of social and profit issues can't really be picked out during the testing.

It'll probably be fine in the end, but there's still only one way to know for sure.