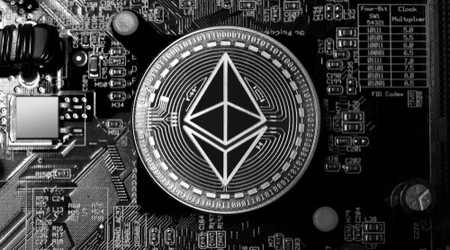 Hybrid PoS/PoW Ethereum is getting close, with new specifications showing how it's going to happen.

Ethereum has always planned to move from proof of work mining to proof of stake.

"Although effective in coming to a decentralized consensus, PoW consumes an incredible amount of energy, has no economic finality, and has no effective strategy in resisting cartels. Excessive energy consumption, issues with equal access to mining hardware, mining pool centralisation, and an emerging market of ASICs each provide a distinct motivation to make the transition as soon as possible," read the new EIP 1011 specifications.

The first step will be to layer the PoS system on top of PoW. In oversimplified terms Ethereum will keep running the tried and tested PoW system as normal, but transactions will be passed through the PoS layer as well. This will keep the network as secure as always, while proving as a real-world test of the PoS system and making sure all its settings are suitable.

Ethereum's switch from PoW to PoS will be momentous. It will be a very complex shift in mining algorithms on a very high profile coin, and if all goes well it will go a long way towards solving the scaling problems that have been getting in Ethereum's way.

PoS is now relatively widely used, although the specs note that "most are vulnerable to serious attacks and do not hold up under crypto-economic analysis".

The main advantage is breaking free of strict block creation times and computing power requirements can drastically improve scalability. PoW Ethereum currently has an average 15 second block creation time, while PoS is aiming for just a couple of seconds, all with minimal energy consumption. The main downside is that this opens up a whole new set of attack vectors.

The main way Casper FFG (Casper the Friendly Finality Gadget, Ethereum's PoS protocol) aims to prevent these is with a series of economic incentives and penalties.

The first one is that staking will require a minimum deposit of 1,500 ETH, or about a million US dollars worth of Ether at current prices. This hefty amount was chosen to cap the number of validators (stakers) on the network. Developers estimate that there will be about 900 validators at any given time with that minimum stake.

It was also chosen because it's enough money to act as a serious incentive mechanism.

These will be publicly and immutably visible on the blockchain, and anyone can explore the stakers' activity at any given time to check whether everything is in order. In specific situations, there can also be kinds of collective punishment mechanisms for validators. Between those and the finder's fee, there's incentive for close monitoring of the 900 odd validators.

To make sure the network is incentivised to continue pushing to full PoS, rather than just keep going on the hybrid model, a "funding crunch" mechanism will be introduced. This is similar to the mining difficulty bomb, except for PoS instead.

It takes the form of pre-funding for the existing Casper hybrid contract. The hybrid phase will be pre-funded with 1 million ETH to power it, which is expected to last for about 2 years. Once this runs out, the network will be forced to hard fork itself one way or another. If everything works and Casper is good to go, it will serve as a useful opportunity to go full PoS. If things go wrong and it needs more time, then the hard fork might simply be needed to top up the hybrid Casper contract.

The entire system is designed to be easily implementable and to require minimal adjustments of existing infrastructure while incentivising all parties to keep pushing forward to the next step, rather than stay as a hybrid model forever.

The proposed funding crunch gives a rough timeline of two years before Ethereum is ready to go full PoS. There are no hard dates for the upcoming hybrid phase yet, but it's been in testnet for a while, and the newly released specifications show that it's getting very close.