Quick verdict: The EPOS H3 is a solid general-purpose gaming headset that delivers comfort and convenience alongside decent audio.

After years working alongside Sennheiser to develop headsets like the GSP 602 and GTW 270 Hybrid, EPOS has released its first wholly self-branded gaming headset in the form of the EPOS H3.

Sporting an over-ear design and a wired 3.5mm connection, the H3 is billed as an "all-rounder" headset, one that combines comfort, convenience and quality audio in a single package. While it nails the first two, a lack of bass in the audio mix leaves games sounding smaller and weaker than they do on many competing headsets. It's not bad enough to write the H3 off, but it does prevent the headset from delivering the excellent all-round experience it promises. 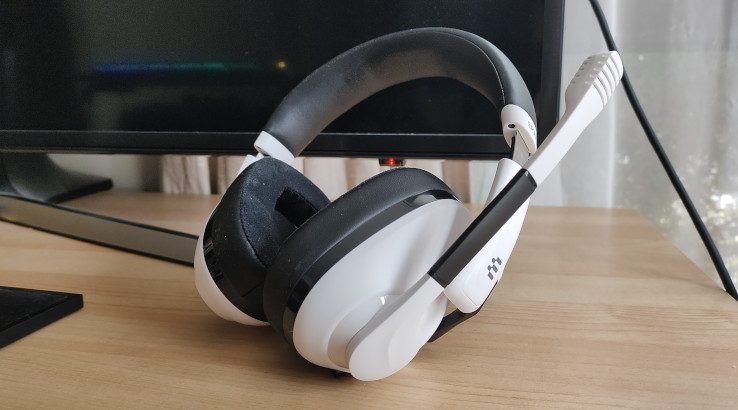 Available in black or white colour schemes, the H3 continues the industrial aesthetic favoured by many EPOS and Sennheiser products. The design is a little sleeker this time around, doing away with segmented headbands and sharp angles to produce a less-ostentatious headset that still retains a distinct look.

Along with its sleeker design, the H3 is smaller and lighter than your typical EPOS headset. This makes it easy to take with you, quickly slipping it on and off as you swap between devices. For as light as it is, though, it doesn't feel cheap. The shell is nice and sturdy, capable of surviving plenty of knocks and falls without impacting its structural integrity.

Comfort is one of the key selling points for the EPOS H3, and the headset delivers. It sits softly yet securely on the head, its memory foam ear cushions absorbing pressure so that it remains comfortable even when wearing it for hours at a time. Each ear cup is shaped to fit around the ears without pressing on them, further minimising any potential discomfort. The snug fit dampens a decent amount of background noise, too, which is a welcome bonus.

The hinges connecting the ear cups to the headband allow for a small degree of rotation. In conjunction with the adjustable headband, this allows the headset to accommodate different head shapes and sizes.

Rather than a standard volume wheel, the H3 sports a volume disc on its right ear cup. It took me a while to get used to it, since you can't grip and turn it in the way you can most volume dials. Instead, you need to rest your fingers flat against it and rotate. It's simple enough, just a different approach to what you see on most headsets.

The left ear cup, meanwhile, houses the boom mic. It's non-detachable and rigid rather than flexible which is a little disappointing. When raised, the mic automatically mutes itself.

At the base of the headset sits the 3.5mm audio jack. You get two detachable cables with the headset, each braided to minimise friction while increasing resilience. One cable is your standard single-plug connection for phones and consoles, while the other features split mic and audio plugs for connecting to a PC. 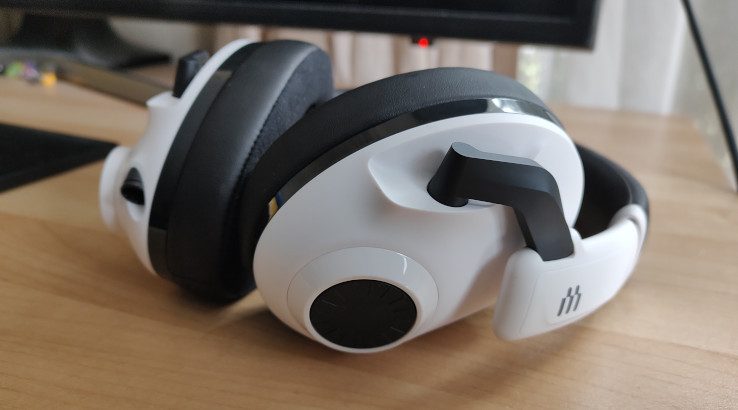 EPOS positions the H3 as an "all-rounder" gaming headset, and its audio quality reflects this. I don't mean that as a knock against it, more as a reminder to set your expectations accordingly. You're not getting a top-tier audio experience from the H3, but it's capable nonetheless.

Let's start with its strengths. Highs and mids sound great through the H3. Speech is especially well-served, coming through crisp and clear in all the games I tested. High-frequency sound effects like reloading a gun or activating a special ability also ring out strong and sharp.

In Destiny 2, for example, the metallic ping of a scout rifle cuts through the air with satisfying severity. Plasma bursts, disintegrating enemies and the tinkle of fallen loot all slice through the senses, their edges keen and powerful. Pulse rifle fire packs a hefty kick, while melee attacks hit with a meaty thwack.

Low-end audio, on the other hand, is slightly lacking. In Gears 5, the Gnasher shotgun doesn't bark with the same force that it does when using a more-powerful headset like the HyperX Cloud II. Shotguns in Battlefield 1 suffer a similar fate, their retorts lacking the strength you'd expect from such devastating weapons of war. This extends to larger ordinance like tank shells and machine-gun fire, both of which fail to evoke the full ferocity of their real-life counterparts. It's not severe enough to spoil the experience, but it does leave a lot of games feeling less intense than they do through a more-powerful audio set-up.

DOOM Eternal highlights another issue with the H3's audio mix. At most volume levels, it delivers sharp highs and mids but lacks the presence afforded by strong bass. Crank the volume all the way up, and the low-end power kicks in, lending explosions and guttural demon cries the power you want them to have. Problem is, at maximum volume the audio mix gets completely chaotic. Audio channels bleed together, and the already-dominant treble sounds become like shrieks that overwhelm the ears. It's a poor trade-off with no middle ground to mitigate the issue.

Fortunately, mic quality suffers from no such caveats. It picks up speech with excellent clarity, blotting out a good chunk of background noise while still capturing the full vocal range from whispers to shouts. Energetic cries come through without clipping, crackling or any other audio artefacts. Whether for casual conversation with friends or tactical communication with your team, the H3's mic is more than up to the task.

Lacklustre lows aside, the EPOS H3 delivers a decent audio experience for folks wanting a simple plug-and-play solution. It's not the best-sounding headset out there by any stretch, but it's good enough to hold its own against the competition. 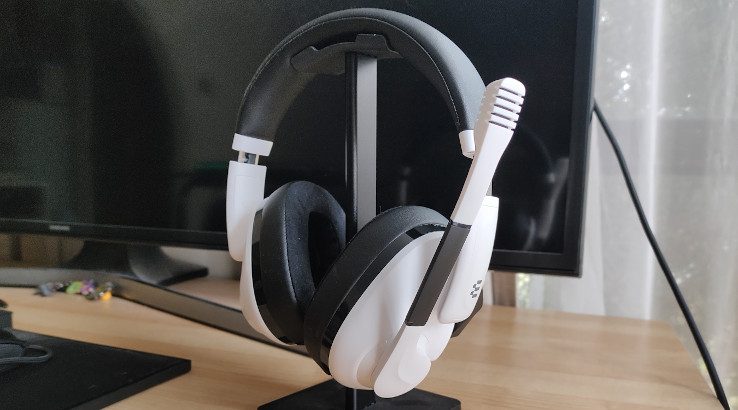 Being a wired, 3.5mm headset, the EPOS H3 doesn't have a whole lot of extra features. Simplicity is part of its appeal as an "all-rounder" gaming headset. There's no software or drivers to install, but that means there are no configurable settings like an EQ, either – something that could have potentially addressed the audio mix issues I mentioned above.

The H3 is a stereo headset, and the lack of accompanying software means it has no virtual surround sound capabilities out of the box. However, you can enable surround sound using external software or hardware, whether that be via a sound card on PC or through Xbox's Windows Sonic or the PS5's Tempest 3D audio technologies.

What the H3 lacks in features it makes up for in compatibility. Its 3.5mm connection works with everything from phones and tablets to the latest video game consoles and PCs. No set-up is necessary: Just plug it in and you're good to go.

Should you buy the EPOS H3?

The EPOS H3 is a solid gaming headset that delivers a good-but-not-great experience across the board. It's light and comfortable yet reassuringly sturdy. Its audio is crisp and clean, though it lacks power and presence at the low end. Compatibility is broad and set-up is a cinch, but it lacks any sort of customisation options for folks who like to tinker with audio settings.

These trade-offs make the EPOS H3 a decent if unremarkable gaming headset that provides reasonable value for its price. 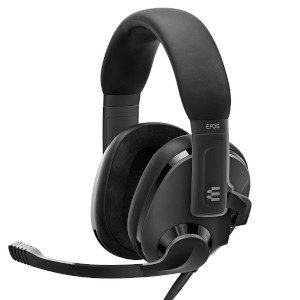 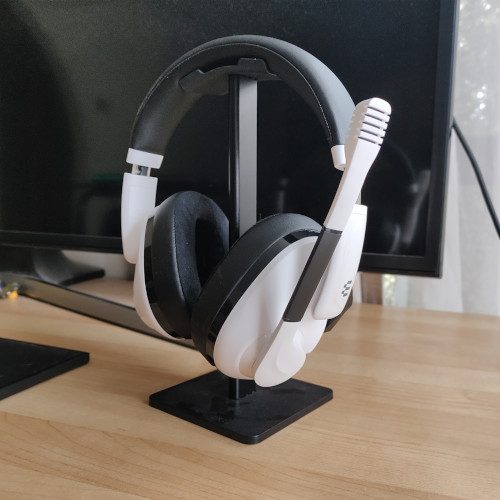