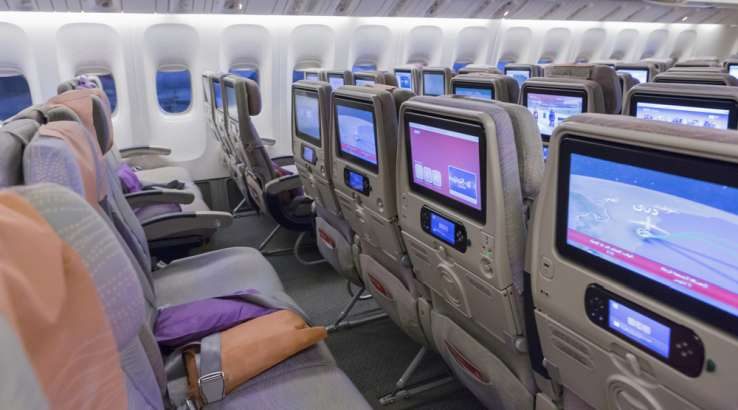 Is it worth flying to London's "other" airport?

Last week, Emirates unveiled plans to double its number of flights to Stansted, the London airport that's more usually associated with bargain airlines. Is that an option that's worth considering for Australians travelling to the UK, particularly if you're hoping for a rewards flight at the pointy end of the plane?

From 1 July 2019, Emirates will operate a pair of Dubai-Stansted services, both using the Boeing 777-300ER and offering 6 first suites, 42 business seats and 306 economy seats. Here's what's on offer (all times local):

The existing EK65 9am service aligns well with Emirates' existing evening flights from Sydney, Melbourne and Brisbane to Dubai, all of which arrive in Dubai in the early morning. On the return leg, EK66 also requires just a brief stopover to catch returning services. The new EK68 option from Stansted also lines up well with mid-morning flights out of Dubai. So it's definitely possible to schedule this in a reasonable way.

Timetables aside, why fly to Stansted? If your ultimate destination is in London's north-east (or perhaps to Cambridge), you'll be a lot closer than if you land at Heathrow or Gatwick. Stansted also has a decent train connection to central London, though it's not always as frequent as the options from other airports and it's definitely slower.

If you've paid for a business or first class ticket, you can take advantage of Emirates' chauffeur-drive service to get to your final destination. (Remember that isn't an option if you have a reward seat, however, since Emirates cut that perk earlier this year).

One potential advantage: it may be simpler to score reward seats using points on the Stansted route, especially at launch. Getting reward seats into London is never that easy, and if you're after first class seats, you'll need to be persistent, but it's always handy to have an additional option on top of the existing Heathrow and Gatwick flights. Also note that the Escape Lounge closes at 8:30pm

Because Stansted is a "budget" airport, there's no Emirates lounge while you're waiting for your flight. Passengers can make use of the third-party Escape Lounge. That's better than nothing, but bear in mind you won't get the same range of freebies (you have to pay for champagne, for instance), and if the lounge is full, there's no obvious alternative. Also, the Escape Lounge shuts at 8:30pm, so if you're on the evening flight, you may find yourself kicked out ahead of boarding time.

Despite those limitations, I'm tempted (the fact my family in London live near Stansted is definitely a factor there). I'll be keeping an eye on rewards availability and sales. After all, I've flown into Heathrow enough for one lifetime as it is.