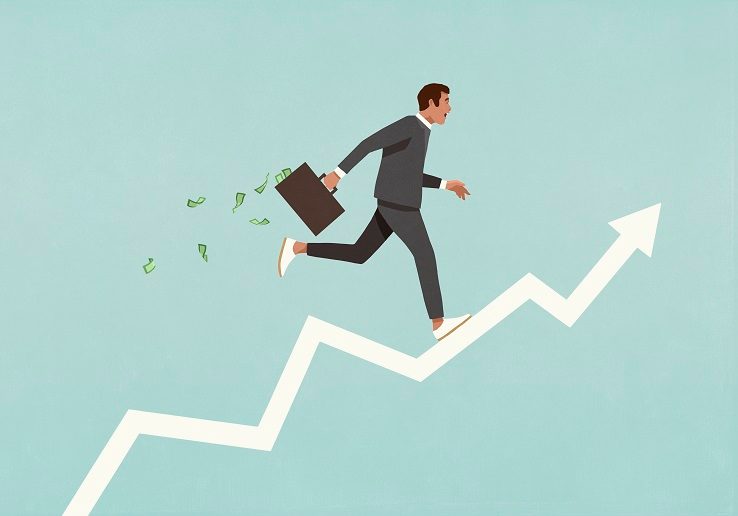 How much influence do Elon Musk's Tweets really have?

Love him or hate him, there is no denying the cultural impact Elon Musk has had over the last couple of years. He was crowned the world's richest man back in January, founded well-revered companies Tesla and SpaceX, and also has the power to turn meme cryptocurrencies into legitimate investments.

I am of course referring to Dogecoin, a cryptocurrency named after an Internet meme that was originally founded as a joke back in 2013. The price of Dogecoin has risen significantly recently, with many giving credit to Musk's relentless Tweets about it. His Tweets have even led to reports of him being investigated by the U.S. Securities and Exchange Commission. So, let's take a look at how much influence Elon Musk really has over the price of cryptocurrencies.

On 8 February this year the price of Dogecoin peaked at AUD$0.105, which doesn't seem very impressive until you consider that just one year prior it was worth almost 30 times less. This means that if you had invested $1,000 in Dogecoin back in February 2020, you would have been left with $29,539 in February 2021.

There were three big price movements earlier in the year, the first appearing on 2 January when the price almost tripled. There were no Tweets from Musk on those days but prior to this price hike, there were two Tweets from Musk in December. The first reading "One word: Doge" and the second being a Christmas Tweet that included a picture of doge underwear. It's safe to say that these Tweets that appeared 8 and 15 days prior were not the cause of this price hike.

The biggest price increase occurred between 28 and 30 January, where it increased by 7 times from AUD$0.01 to $0.07. This was the result of Elon Musk Tweeting a parody Vogue magazine cover titled "Dogue". The next 12 hours after this Tweet was when Dogecoin skyrocketed and allowed it to break AUD$0.10 for the first time ever. Shortly after that peak, Musk published an ambiguous Tweet stating "In retrospect, it was inevitable", most likely referring to the consequences of his earlier post.

The next few days saw the price taper off and enter a volatile state, and while Dogecoin wasn't close to hitting its original low from just one month prior, it also wasn't close to its peak on the 29th. That was until Musk spurred another price hike with a set of three Tweets starting from 4 February. The three Tweets consisted of various memes related to the cryptocurrency and even included Snoop Dogg and Gene Simmons, two high-profile celebrities who are also Dogecoin advocates. The time around these three Tweets saw the price hit its peak of AUD$0.106, growing more than 162% in just five days.

So … it's finally come to this … pic.twitter.com/Gf0Rg2QOaF

Public interest was clearly there while Musk was Tweeting and the price was skyrocketing, but onlookers were most likely watching from a distance rather than investing. Google Trends shows that from 24 January search volume for "Dogecoin" had hit its all-time peak, and was still very high by the time the second price hike came along.

Unfortunately, this trend of Musk Tweeting and the price of Dogecoin increasing did not last after these five days. From 8 February onwards Musk published 12 Doge-related Tweets, with none of them making any true waves on price graphs. While the eccentric genius is still Tweeting memes about the cryptocurrency, the price has stayed relatively stable in March and currently sits at around AUD$0.07 per coin.

On 8 February, news broke that Tesla had purchased more than US$1.5 billion worth of Bitcoin and even planned to accept Bitcoin as a form of payment down the line. This purchase saw the price of Bitcoin surge by 49% in just 15 days.

On 19 February, just three days before the surge ended, Musk posted some Bitcoin-related Tweets, defending the cryptocurrency and directly comparing it to fiat money. A few days after these Tweets were published is when the price surge started to end and the price fell by 14% just five days after its peak. In this case, Musk Tweeting saw the end of a surge instead of a beginning.

While Musk Tweets a lot less about Bitcoin than he does Dogecoin, Bitcoin prices have seen much more stable growth over the last couple of months. Growing by almost 70% since the start of the year.

Even though the price of Dogecoin is still 22 times higher than what it was just one year prior, it's safe to say that Elon Musk was riding the Dogecoin wave rather than being the one inciting it. The hype has clearly died down for now and the general public has moved on to the next big thing. These kinds of annual returns are mouth-watering for any investment, but with Musk's Tweets no longer having an effect on the price, it's hard to tell what trajectory the price has moving forward.

While Musk has been tunnel-visioned on Dogecoin for the past month or so, other coins and tokens have quietly been growing in the background. The cryptocurrency space has many different investment avenues and they all move at different paces. To keep up with everything crypto, be sure to check out Finder's various guides and pages on how to get into the cryptocurrency market while it's hot.