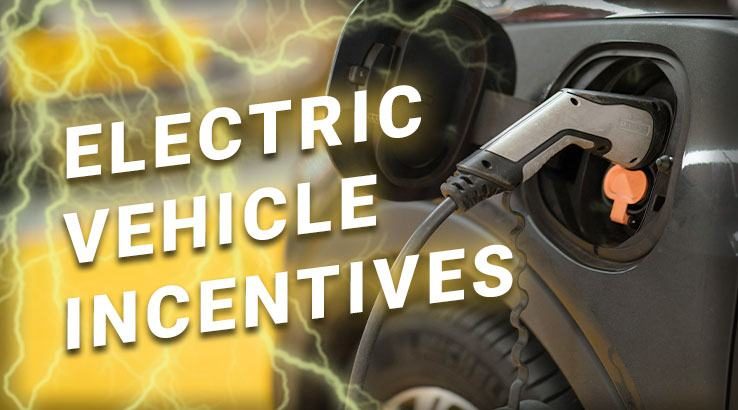 Here are the available electric vehicle incentives, broken down by state and territory.

Sponsored by People's Choice, flexible personal loans and car loans. Whether you want to buy a new car, renovate your home, refinance an existing loan or go on a dream holiday, we can help you get a fair personal loan that's right for you.

45% of Australian drivers are open to the idea of buying an electric car. Now, doing so could save you thousands of dollars thanks to state subsidies and registration exemptions (depending on where you live):

Victorians can apply for the following:

The Australian Capital Territory claims to have the most considerable electric vehicle subsidies in the country.

This is thanks to the territory's Zero Emission Vehicle incentives.

Be aware that by 2027 (or when electric vehicles account for 30% of all new vehicle sales), you'll have to pay a distanced-based road user charge of 2.5 cents per kilometre for an electric car. The NSW Government estimates this will amount to an average $315 yearly cost.

Northern Territory electric vehicle buyers get the most stingy incentives.

If you're thinking of buying an EV in the Northern Territory, you might be best waiting until July 2022, when the government plans to introduce registration exemptions and stamp duty reductions of $1,500 for 5 years.

Eligible Queenslanders can save money thanks to the following incentive:

Western Australia was the last state to offer rebates or subsidies for EVs. However, in May 2022, the state announced it would make $36.5 million available to fund 10,000 electric vehicle subsidies.

LCT is applied to vehicles with a GST-inclusive value over a set cost. A 33% taxation is levied on the value above the GST-inclusive price. For standard, non-green vehicles, the LCT limit is $69,152. For "fuel-efficient" models though, the LCT threshold is a significantly higher $79,659.

Tesla Australia states this could save buyers up to $3,152.

In the future, the Australian Government predicts there will be more electric vehicles on public roads. In fact, it is projecting electric vehicle sales to reach 30% of overall new light vehicle orders by 2030 and account for 90% by 2050. As a result, it is investing predominantly in charging infrastructure. States and territories have followed suit and published their own transport electrification strategies.

One response to electric vehicles, which don't need to pay the flat sales tax applied to fuels, is to introduce road user fees, which are charged per kilometre. [Sponsored]
The People's Choice Discounted Personal Loan (Car Loan) offers a low rate of 4.65% p.a. (4.99% p.a. comparison) with fast pre-approval, flexible loan terms and is available when loans are secured against a new or used car or caravan up to 5 years of age with a loan value greater than $20,000. T&Cs apply.