Election 2022 housing policies compared: What do first homebuyers get? 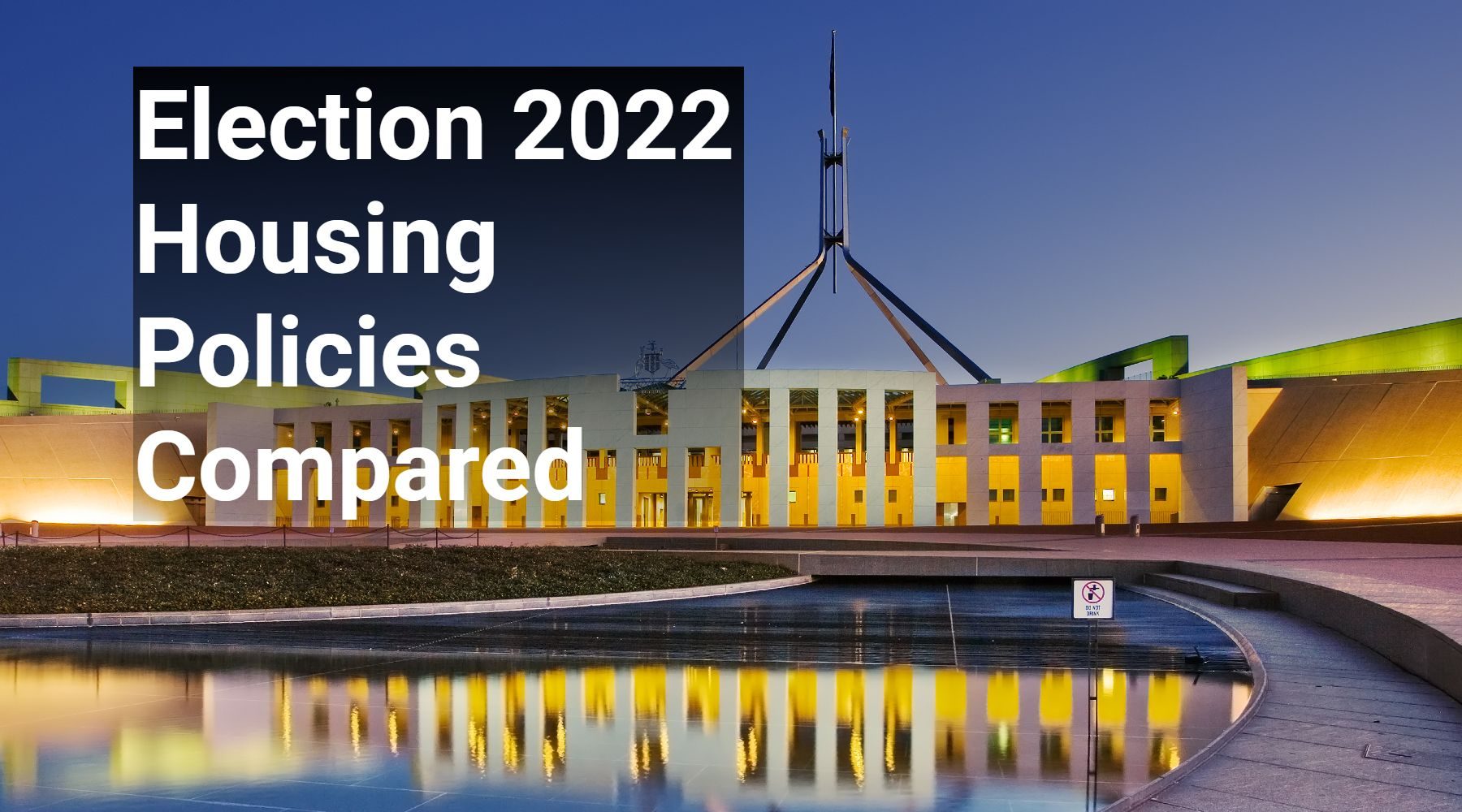 Housing affordability is on the agenda once again, and every party has a different approach.

Australians are going to the polls again on 21 May to choose a new federal government. As the major parties pitch their policies to voters, a major issue is the perennial Australian problem/dream: housing affordability.

According to Finder's Consumer Sentiment Tracker, 28% of Australians are currently struggling with mortgage repayments. And with rising home loan rates, that's only going to get worse.

We've listed the policy proposals from the 4 biggest parties in the table below. You can see a more detailed breakdown of all these policies below the table, plus a bit of information about some policies from other parties.

At the last election, the Australian Labor Party (ALP) had a housing policy that included limiting negative gearing and reducing the 50% capital gains tax. The Greens also proposed similar reforms.

But this time around the focus of most parties seems to be around building homes or helping home buyers rather than rebalancing the tax system. Schemes aimed at low deposit borrowers, with LMI waivers, feature in both the ALP and Coalition platforms.

And both the ALP and the Greens are offering some form of shared equity buying scheme where the government helps buyers purchase homes in exchange for a percentage share of the home's equity.

The Liberal Party/National Party (the Coalition)

The biggest housing policy announcement from the Coalition is the Super Home Buyer Scheme. This scheme will allow first home buyers to withdraw up to $50,000 of their own super funds to use a deposit to buy a property.

This is an idea that has been discussed many times by politicians over the years and is controversial. Young first home buyers often don't have that much super in the first place. And taking a big chunk of your retirement savings out early in life could end up diminishing your overall super balance in your old age.

Beyond this policy, the Coalition is also able to point to recent housing policy announcements, especially those introduced in the last budget. So in a sense most of the party's housing policies have already been announced.

These include expansions to existing first home buyer schemes that will allow more Australians to buy homes with low deposits while avoiding lenders mortgage insurance. These schemes are in many ways the party's signature housing policy item, along with previous measures like the First Home Super Saver Scheme.

The main pillar of the party's housing policy this election is the Help to Buy scheme. Under this shared equity scheme, 10,000 eligible home buyers could purchase homes with deposits as low as 2% while also avoiding LMI. The government would then contribute up to 40% of the purchase price.

The catch? The government would technically have an interest in the property equal to the amount they contributed. So buyers would either have to pay the government back over time, or refinance the loan to cover the portion paid by the government.

Labor also has announced a Regional First Home Buyer Support Scheme, which will allow 10,000 buyers to buy homes in regional Australia with 5% deposits. Like similar schemes announced by the current government, the buyer can avoid lenders mortgage insurance and save tens of thousands of dollars while buying a home with a low deposit.

The main plank of the Greens' housing policy can be summed up as "One million homes." What this means, looking more closely, is a combination of building 750,000 new public and community housing dwellings, plus 125,000 affordable public rental homes and 125,000 new affordable homes available for purchase in a shared ownership model.

In this model, similar to the ALP's shared equity scheme, you can buy the home with a 10% deposit (homes will be newly built and priced at $300,000). Residents can repay their mortgage and build up to 75% ownership of the property, and then sell back to the government housing trust when they decide to move.

In effect, it's an affordable entry to the market and allows to build up equity rather than renting. But you would never own this property outright.

The Greens also want to establish a national renters rights law to strengthen rights for tenants. This includes reforms like capped rent increases, an end to "no-grounds" evictions and the right to have a pet as a renter.

What are other parties offering homebuyers?

The United Australia Party has pledged to cap interest rates at 3% for the next 5 years for home owners with mortgages. The intention here is to limit rising mortgage costs and stop borrowers from defaulting.

Just how a hypothetical UAP government would keep rates down is unclear. The Reserve Bank plays a big role in determining interest rates, but the bank operates independently of the federal government. And banks themselves have plenty of freedom to determine their own interest rates.

Australian governments have not set interest rates themselves since the deregulation of the finance industry in the 1980s.

There's also the fact that lenders have their own costs when borrowing money to fund Australian home loans. Money markets, locally and globally, determine interest rates that in turn influence how high or low lenders can set rates.

Some experts even suggest a rate cap would kill mortgage lending and make it even harder to buy a home.

We updated this article to include information about the Coalition's Super Home Buyer Scheme.

Worried about rising cost of living? Check out our money saving tips guide. Need a home loan? Check out some of the market's lowest rates.