Quick verdict: The Air Freshener part of the Deebot T9+ is an utter gimmick, but beyond that, it’s a refreshingly smart robot vacuum cleaner ideal for folks who loathe vacuuming. 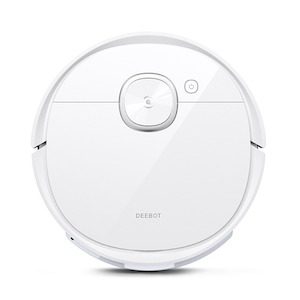 Robot vacuum cleaners are, let's face it, a tool for folks who are either too busy or too lazy to grab hold of a vacuum cleaner themselves. You're paying a premium for outsourcing a household chore to a robot, so you'd hope it can manage the task at hand well.

That's not an issue for Ecovacs' latest robot vacuum cleaner, the Ecovacs Deebot T9+. It's a smart vacuum cleaner that ships with its own emptying station and the promise of air freshening as it vacuums as an added bonus.

While it's not as inexpensive as other Ecovacs units I've tested previously, if you're in the market for that kind of lazy/busy offset vacuuming, it's a highly recommended unit. 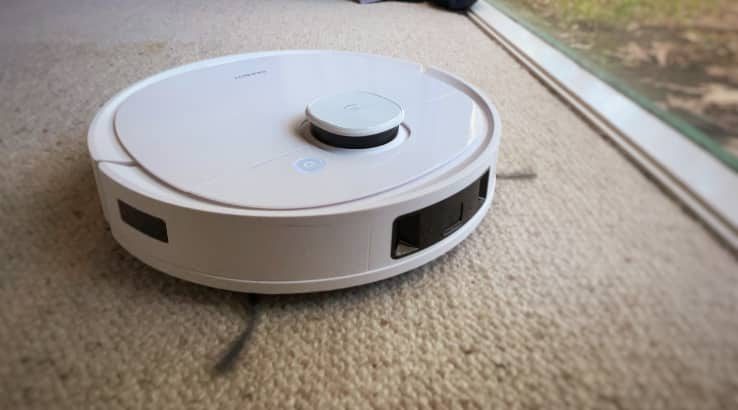 That's not a unique idea of Ecovacs to speak of, but many of its competitors sell those stations as an add-on extra, rather than bundling it in with the vacuum cleaner itself. The auto empty station is a large white tower of a device that the Ecovacs Deebot T9+ will trundle up onto to charge when not in use, but that does mean you've got to dedicate a fair bit more space, both horizontally and vertically, than you do other robot vacuum chargers.

That's the use of air freshener capsules to deliver one of three scents (you only get one in the box, mind you) to your floor as it vacuums. Installation is as simple as dropping the capsule into place, although it won't do anything unless you tell the Ecovacs app specifically that you want it to fire up. The one catch here is that you're automatically buying into the Ecovacs capsule system for this function. You can't drop your own air fresheners, perfumes or scented oils in there to meet a specific need.

Overall, though, the ease of set-up fulfils the lazy/busy promise well, because if you fit into either of those categories the last thing you want is a complex installation process. 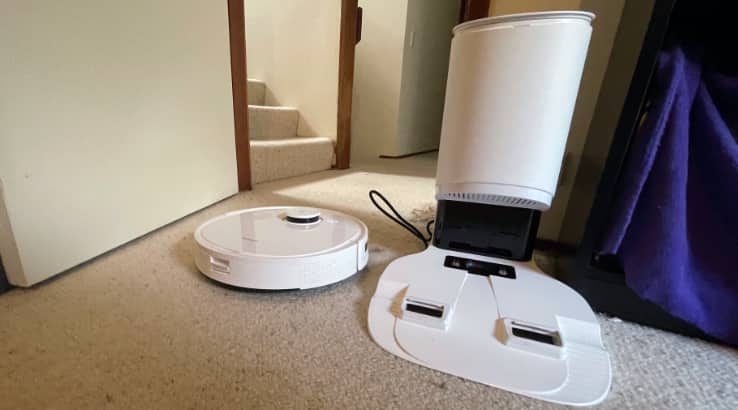 The key job that you want any robot vacuum cleaner to do is rather inherent in the name, and here the Ecovacs Deebot T9+ acquits itself very well indeed. I've tested it throughout my multi-level home, and it's smart enough to detect out rooms as it trundles between them, pick between carpet and hard floors and of course avoid sending itself tumbling down any stairs.

While you can set the vacuuming level to anywhere from quiet to Max+, the reality of the Ecovacs Deebot T9+'s pick-up is that it's still only really moderate. If your carpets are quite badly soiled, it won't pick up everything the first time around, but a few maintenance runs will sort matters out. It's precisely that kind of maintenance vacuuming that most robot vacuum cleaners are decent at, and the Ecovacs Deebot T9+ is no exception.

I've noted in the past that some robot vacuum cleaners are very good at getting stuck, but this was a rarity for the most part for the Ecovacs Deebot T9+. One area of hard wood floor leading up a small bump in my home to a floating floor caused it consternation at specific angles, but outside that it was smart enough to avoid obstacles and map out its path through my home, so I could check both on the floor and in the app where it had managed to vacuum.

As with Ecovacs' other mid to premium range vacuums, you get a 2D map of each floor you put the unit onto, as well as an optional 3D rendered map. It's a cute step that doesn't really add a whole lot to the actual vacuuming process, but it does show how the Ecovacs Deebot T9+ works at seeing the world around it and intelligently guiding its way through table legs and around chairs.

Once the Ecovacs Deebot T9+ has completed its duties, it will return to its base for charging and emptying. Typically that's where you'd have to dig out its dust bin for manual emptying, and you can still do that if you're particularly keen. However, you don't have to because the auto empty station will rapidly empty out the dustbin via suction.

Ecovacs also says that it has made improvements to the mopping head, which comes with the Ecovacs Deebot T9+ but has to be fitted in place of the standard vacuum and air freshener head when you have hard wood floors to clean up.

At full tilt, it will oscillate some 480 times per minute, and you can certainly tell when that's happening, because it rather comically shudders across the floor, cleaning as it goes. While it uses clean water for mopping only – chemicals would be bad for your robot, so please don't try – it does manage a reasonable maintenance-level clean based on my tests on hard wood floor and tiles.

Then there's the air freshener section, and I'll be honest here, I wasn't looking forward to this part. I'm notably reactive to strong scents and perfumes, and wasn't entirely keen on sneezing or breathing difficulties as a result of using a robot vacuum cleaner.

However, I needn't have worried. The scent capsules only kick in if you tell the Ecovacs Deebot T9+ that you want them to activate, and in any case they're fairly mild in their scent and deodorising functionality. There is a notable scent while vacuuming, but in my tests it didn't last terribly long.

If you were hoping to come home to a living room that smells like a fairy glade, you're probably going to be a tad disappointed unless the Ecovacs Deebot T9+ has only just finished its cleaning chores, basically speaking.

The scent capsules can last for up to 60 days of usage, and the app does track their remaining functionality so you'd know when to replace them. While it wouldn't be to my tastes, you are also rather stuck with the capsules that Ecovacs sells. You can't throw your favourite essential oil or other scent into the Ecovacs Deebot T9+ and have it work that way.

Should you buy the Ecovacs Deebot T9+?

The Ecovacs Deebot T9+ fulfils the essential mission of any robot vacuum cleaner and mop quite well. It's smart enough to mostly avoid getting trapped, and when used daily, can keep a wide area clean all by itself, including emptying its dust bin.

The Air Freshener feature isn't a huge selling point, partly because it does lock you into proprietary cartridges rather than your own choice of fresheners or scents, but also because it is ultimately fairly mild. If your home has enough odour to be problematic, this probably won't change it enough to be worth noting.

If you're looking for more options, check out our guide to the best robot vacuums in Australia.